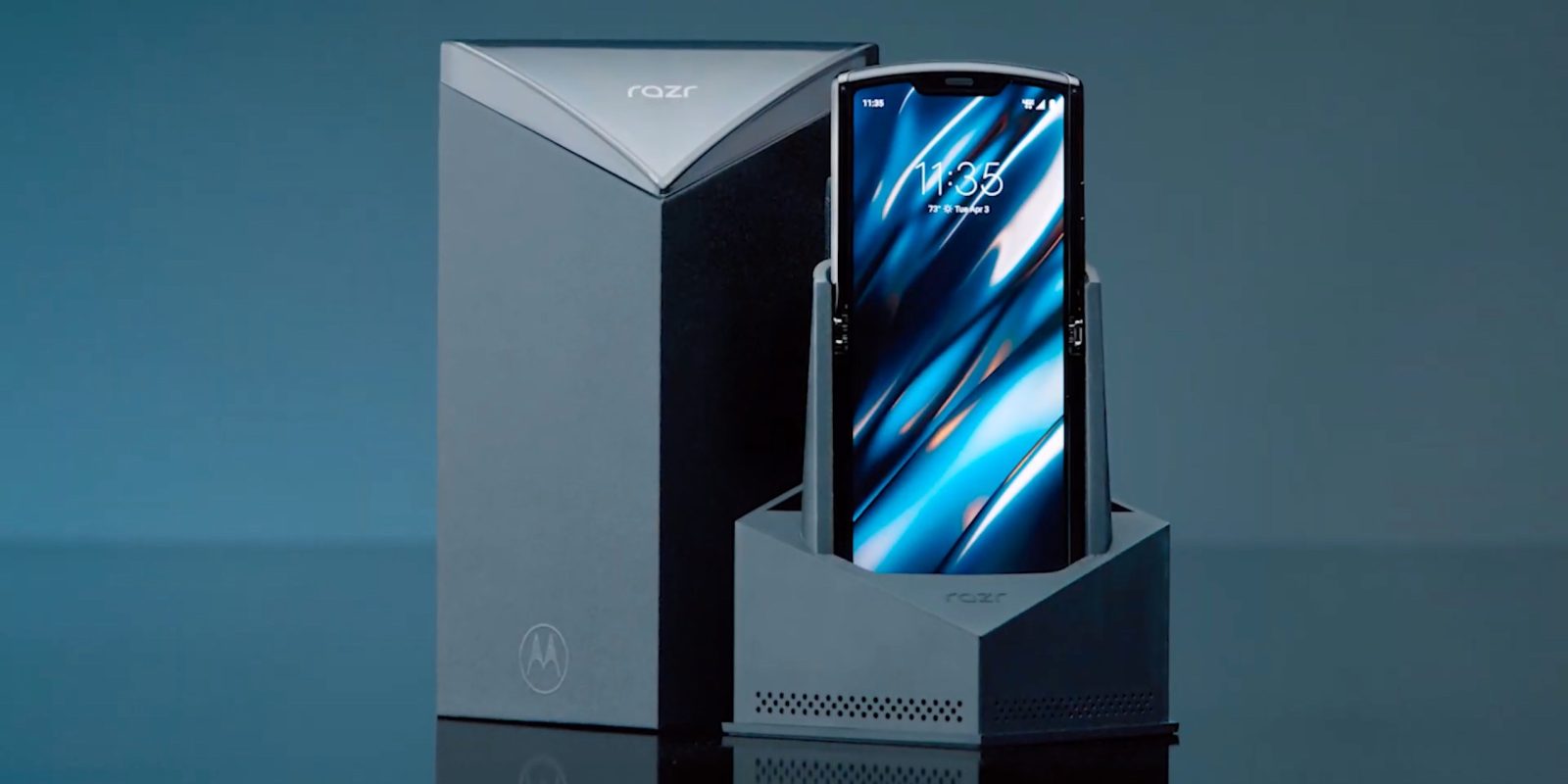 The original unveiling of the Motorola Razr was expected sometime during the summer, but the Lenovo-owned company finally announced it last month. Motorola today revealed that it’s delaying Razr pre-orders and the launch.

In statements to multiple publications this morning, Motorola said it “decided to adjust razr’s presale and launch timing to better meet consumer demand.” This is meant to “ensure that more consumers have access to razr at launch.”

Since its announcement in November, the new Motorola razr has received unparalleled excitement and interest from consumers. Demand has been high, and as a result, has quickly outgrown supply predictions.

A new pre-order or availability date has not been announced as Motorola tries to “determine the appropriate quantity.” The given reason implies that Motorola wants a more high-profile (and larger) launch than one would assume a $1,000+ smartphone could garner.

Samsung delayed the Galaxy Fold due to structural issues that emerged after reviewers received the device. Motorola makes no reference to problems of that nature and pegs it purely on supply and demand. The company ended today’s announcement by noting that it does not “anticipate a significant shift from [its] original availability timeline.”

If taken at face value, it would suggest that there is no underlying issue that would require a months-long rework. Motorola at launch emphasized its engineering work to ensure the hinge has no crease and is reliable.

The primary Razr “Flex View” display is 6.2-inches, while there’s an outer 2.7-inch “Quick View” for notifications. There’s also a 16-megapixel main camera, while the device is powered by a Qualcomm 710 with 6GB of RAM and 128GB of storage, At $1,500, it will only be available stateside through Verizon. Pre-orders were supposed to go live on Thursday, December 26th and ship sometime in January.