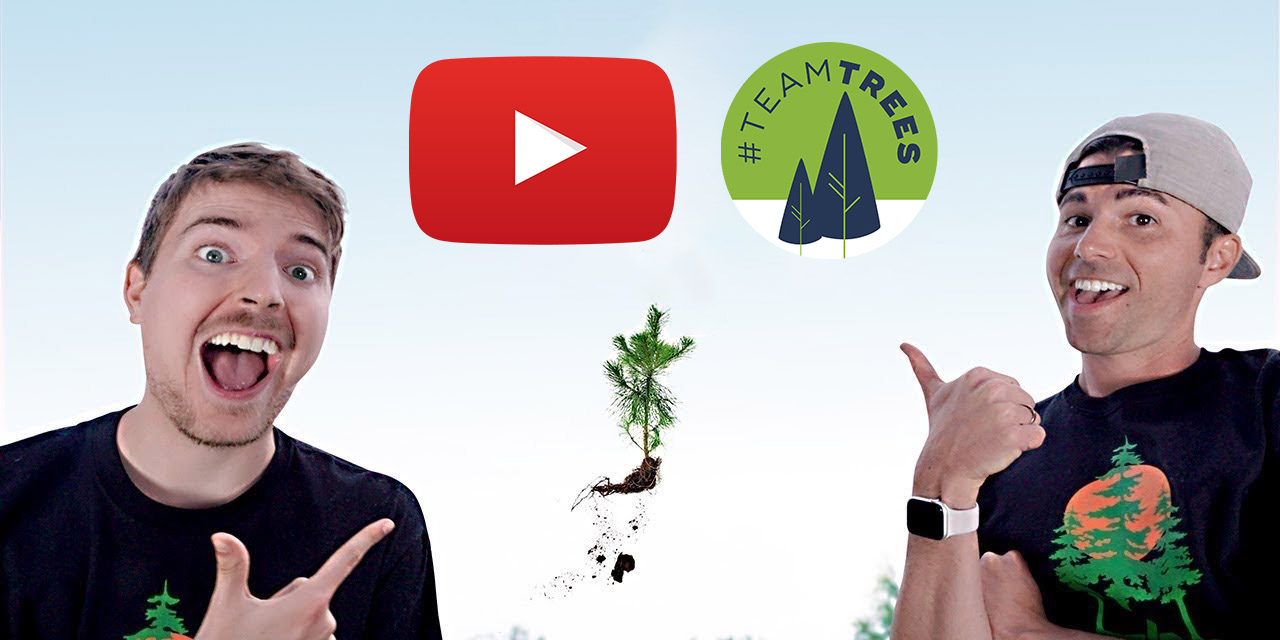 Over the past couple of months, a few of YouTube’s biggest creators have embarked on a huge project to plant 20 million trees. The TeamTrees initiative was born from those YouTube videos, and just recently, the goal of planting every single one of those trees was met.

If you never fully caught up on what was going on, YouTuber Mr. Beast, with the help of big names such as Mark Rober, launched this initiative just a couple of months ago. The ambitious goal was to plant 20 million trees, something they couldn’t do on their own. With the help of the Arbor Day Foundation, a single dollar donated to #TeamTrees meant one tree would be planted somewhere in the world. YouTube’s CEO, Susan Wojcicki, donated $200,000 to TeamTrees.

As of December 19, the goal of raising $20 million, and in turn, planting 20 million trees was met.

#TeamTrees, we did it!⁣ ⁣ 20 million trees — in less than two months — is an incredible accomplishment and it belongs to all of us. Whether you donated, created content, or simply told your friends about #TeamTrees, this win is yours.⁣ ⁣Remember this feeling when you have a goal that people tell you isn’t realistic. Remember this when you’re in need of some hope. Remember that #TeamTrees started from zero.⁣ ⁣Right now, celebrate! 20 million more trees will live on the earth because of us, #TeamTrees. @arbordayfoundation will plant and care for them. Each of those trees is a step forward.

Better yet, though, #TeamTrees isn’t stopping here. The project’s website will stay live indefinitely and anyone can still donate a dollar to plant a tree. Since the $20 million goal was met, another $500,000 dollars have been donated, and they keep coming in!