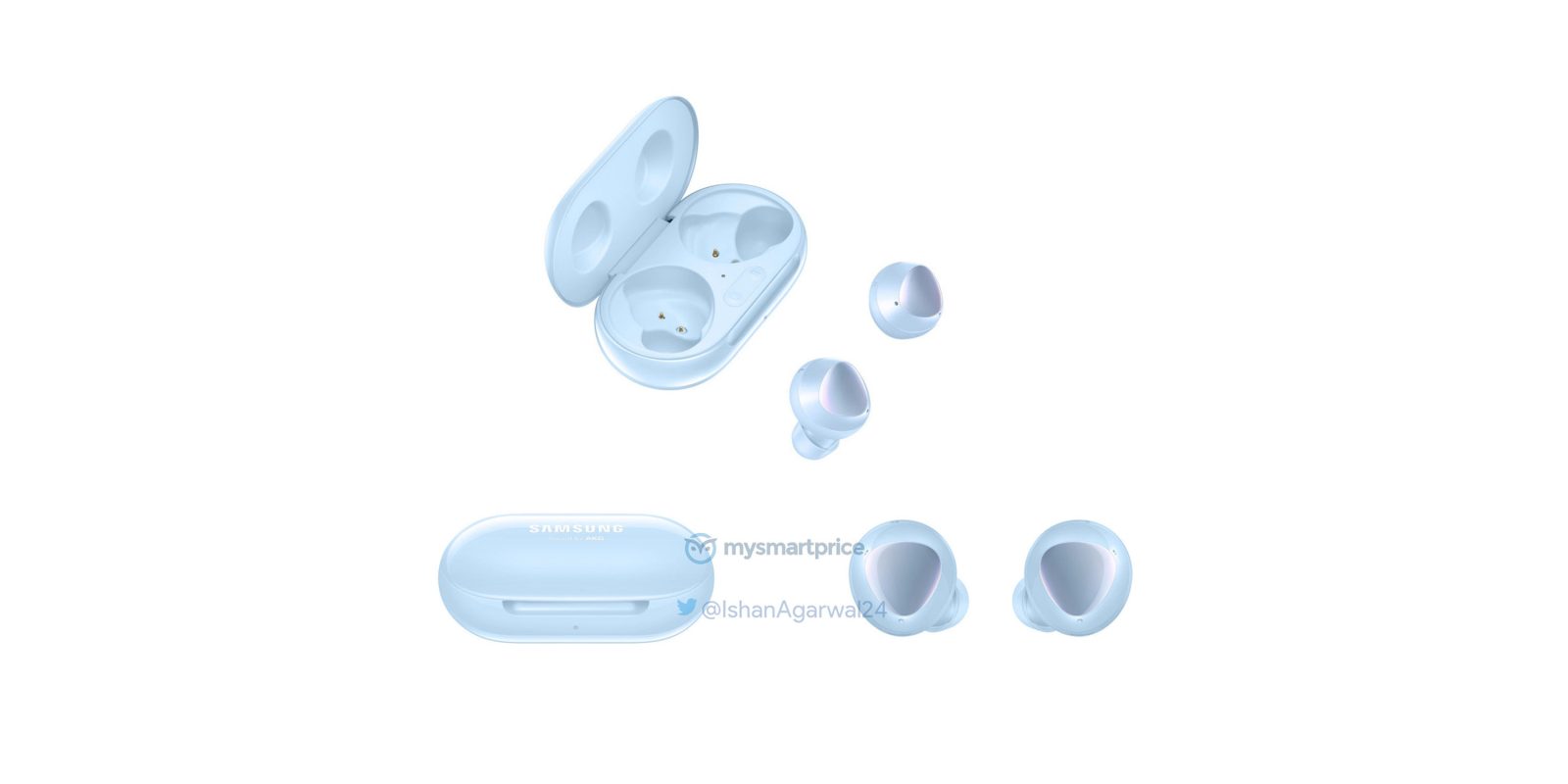 The market for truly wireless earbuds has exploded over the past few years, thanks in part to the death of the headphone jack. Ahead of its Galaxy S20 reveal, Samsung is also preparing to launch a new set of Galaxy Buds, the Galaxy Buds+, and some renders have leaked this week to show them off.

Rumors of upgraded Galaxy Buds have been swirling for months, and at this point, it’s definitely looking like we’ll see these arrive alongside the Galaxy S20 series.

MySmartPrice today published images of the Galaxy Buds+ to show off the very familiar design of this set of truly wireless earbuds. Visually, the new model is basically identical to the originals that launched with the Galaxy S10. This time around, they’ll come in three colors including white, black, and pale blue as well. These colors will all apparently be available at launch.

The only notable change to the physical hardware here is what appears to be a set of physical buttons on the inside of the case. It’s unclear what these buttons do, though. Perhaps an earbud locator? That’s just speculation, but it’s the only use I can think of for two buttons within the case.

What else should you expect from the new Galaxy Buds+? SamMobile reported last week that this upgraded model will really only have minor improvements. This includes better battery life, better call quality with the use of four microphones on the earbuds, and also some improvements to the sound quality overall. Unlike Apple’s AirPods Pro, active noise cancellation isn’t coming.