Progressive Web Apps might be a huge deal in the future, but right now, many of the sites and services we want to use in this way simply aren’t available. Recently, though, Google Drive made its debut as a Progressive Web App (PWA).

Spotted by Android Police, Google Drive has recently added support for being a Progressive Web App. As a PWA, Drive can be “installed” on computers and other devices. Installing a PWA has your PC, Mac, or Chromebook treat that site more like a native app.

For Drive, this means you won’t see the address bar at the top of the page. There are no tabs and everything just looks more like a native app. This is good news for those who have been opposed to Drive’s web experience as, with this change, it feels more like installed programs on Windows and Mac. On Chromebooks, it’s also handy for docking.

Unfortunately, this isn’t a complete experience yet. Apps like Docs and Sheets within Drive still open up those editors in your browser. Eventually, Google will probably get these services to the point of working completely in PWAs, but it’s not time just yet.

Notably, Google Drive’s PWA can also be installed on Android smartphones through Chrome, but the experience there isn’t nearly as good as the standard Drive app.

Some other notable PWAs from Google include YouTube Music, Stadia, Photos, Messages, and others. Spotify, Pinterest, and Trivago are also good examples of PWAs. 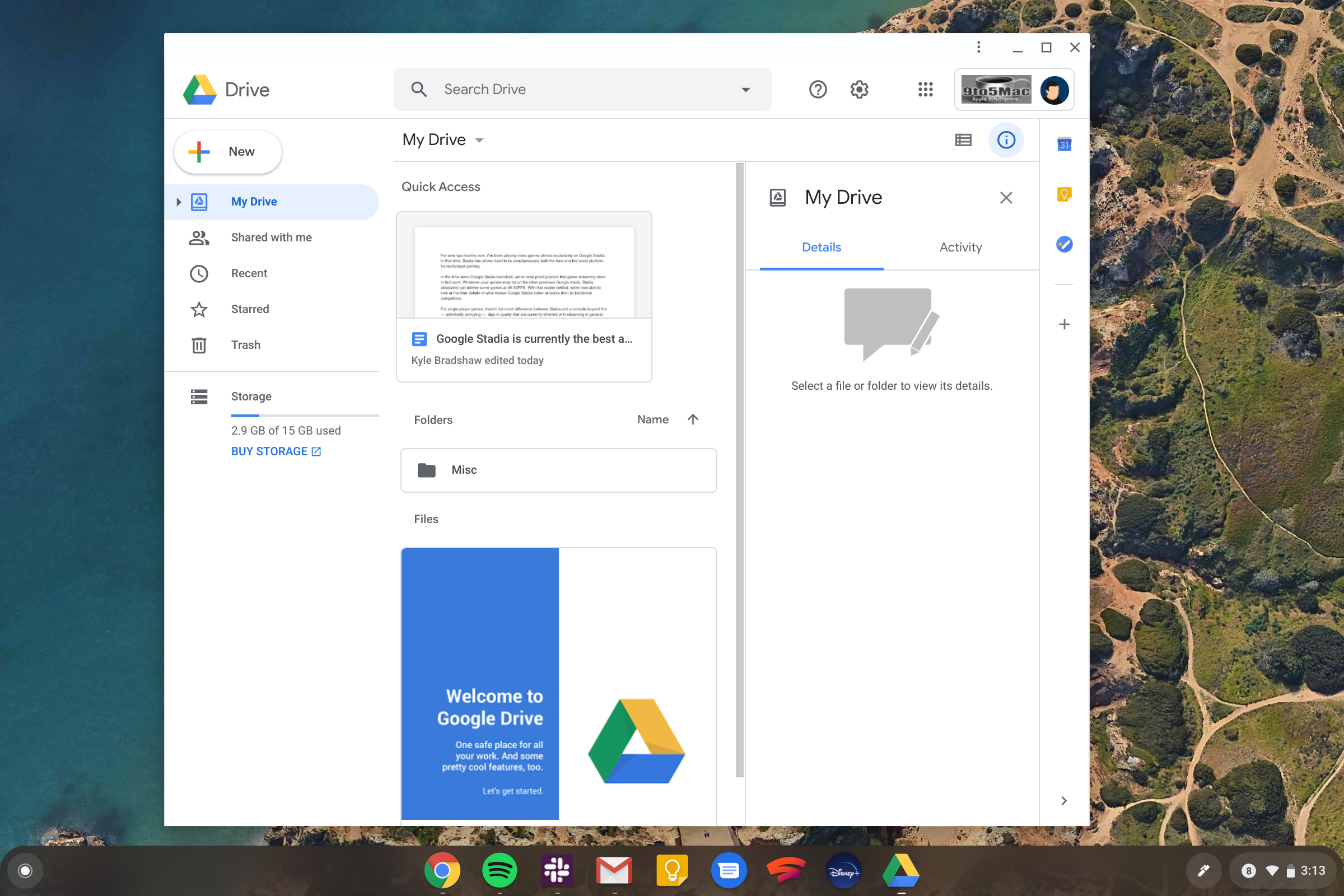