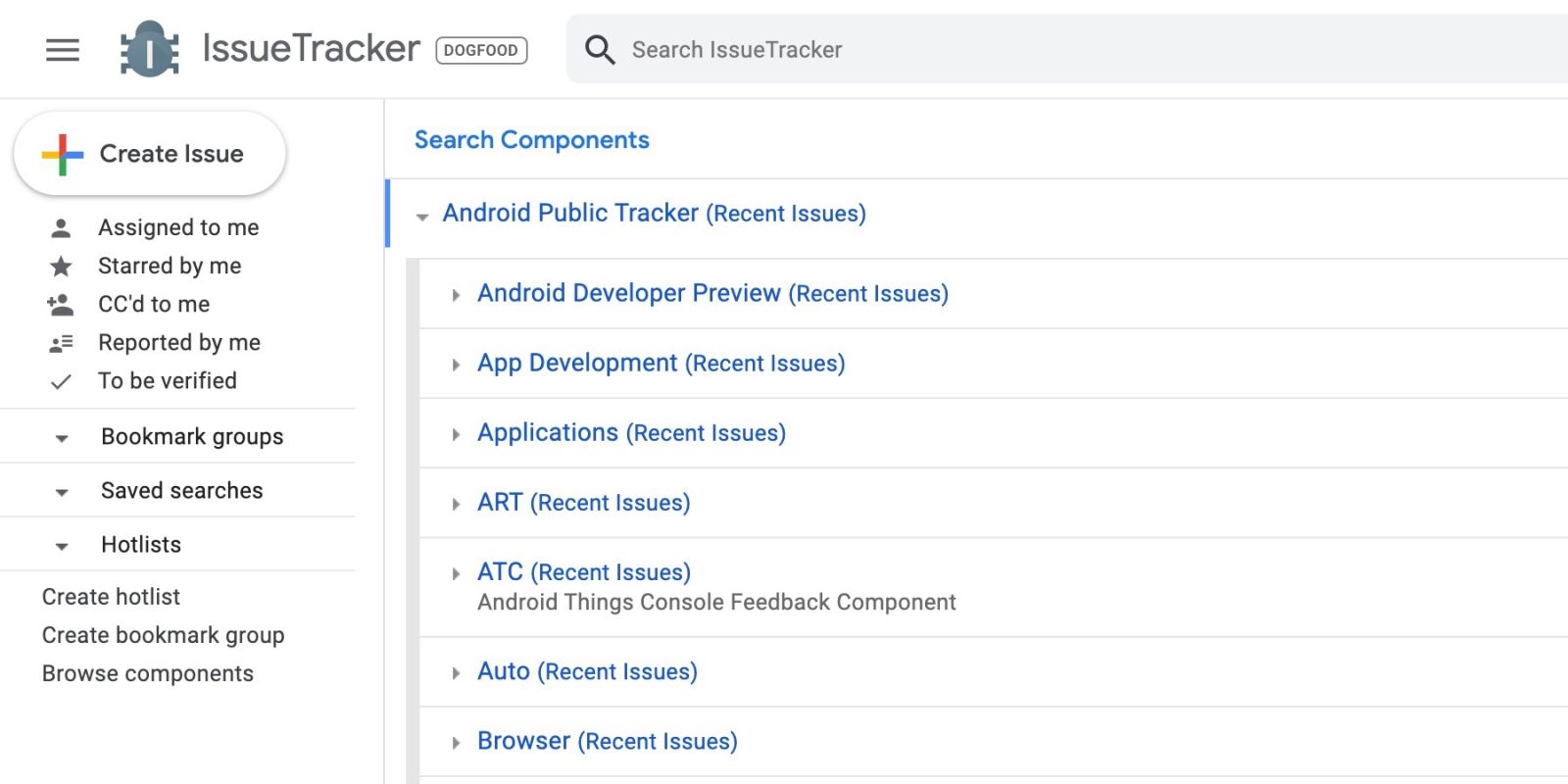 Introduced in March of 2017, Google’s Issue Tracker (known semi-internally as Buganizer) is a tool for reporting bugs in various Google products. This week it received a Material Theme revamp that brings a fresh look to the platform, including the familiar colored plus button and Google Sans font.

Issue Tracker is mainly used by developers for reporting issues to Android’s Public Tracker and other miscellaneous trackers, as well as security experts participating in Google’s Vulnerability Reward Program. Internally, it’s used much more widely as a one-size-fits-all issue reporting tool between Google’s teams and partners. It’s so important, in fact, that Googlers can simply type b/ in their address bar to get to it, or even to reach a specific issue (ex. b/123456789).

The new design first appears as a link next to the search bar, which reads “Use the new UI.” Clicking it will refresh the page and append &enable_mat=true to the end of the URL, applying the Material Theme. After it’s enabled, you can go back to the old UI by clicking “Back to legacy UI” at the top right, and if you want to delay the inevitable further you can also choose to make the legacy UI your default.

To people who use Issue Tracker often, the new UI will not seem unfamiliar in the slightest. Bookmark groups, saved searches, and hotlists can all be found in the same place as before, and the side menu now incorporates Material icons for each entry. Within bugs, the code font toggle has been removed. It can now be found in the Settings menu under “Display settings.” 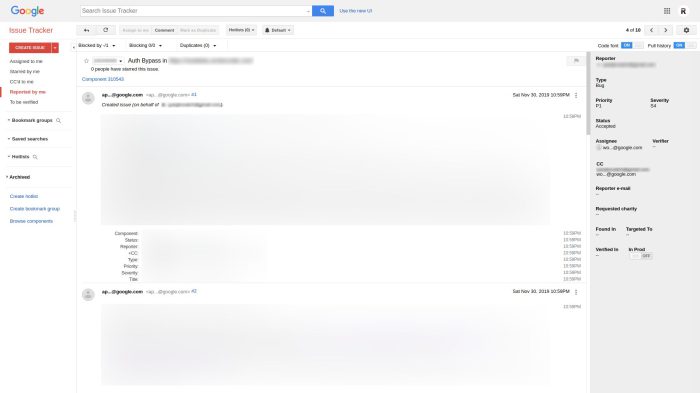 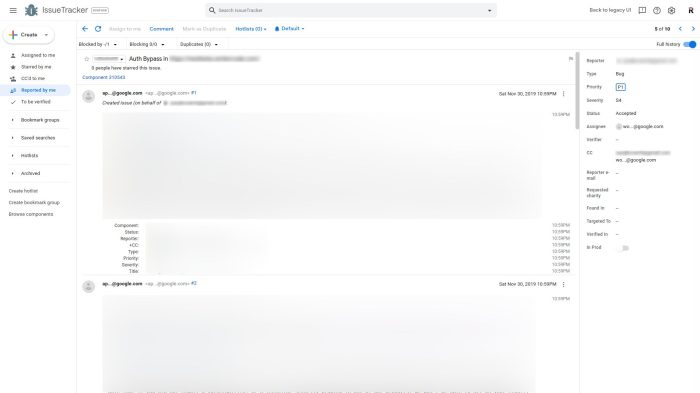 This revamp also includes a fancy new Markdown editor for formatted bug reports, which is a welcome addition considering that **emphasizing** with plaintext is _hard!_ It supports headers, bold, italics, strikethrough, links, and blockquotes. 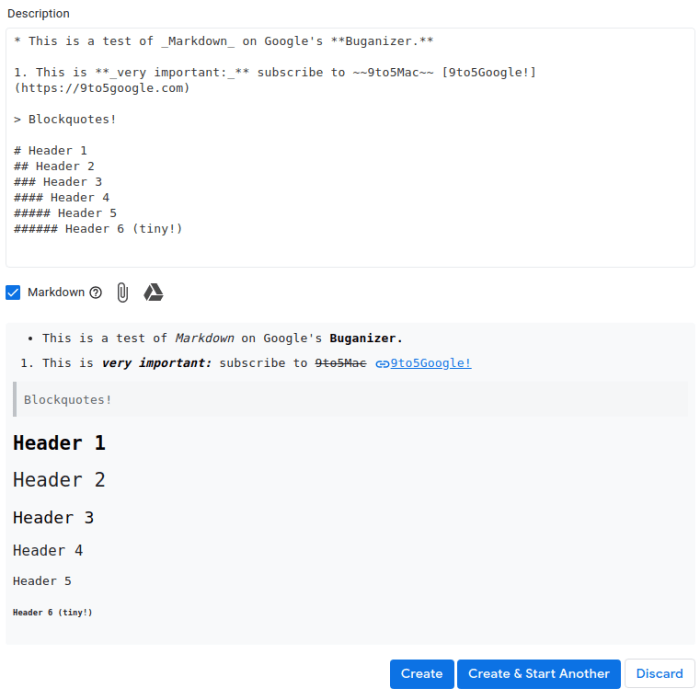 Interestingly enough, enabling the new UI also shows a small “DOGFOOD” chip next to the Issue Tracker logo, indicating that the design is in testing. We’re not sure if this is purposeful, as dogfood builds are typically internal-only (with very few exceptions).

It’s possible that this design was released mistakenly and is only meant to be visible to Googlers, but it’s also possible this label is showing simply because of Issue Tracker’s internal nature. This tool isn’t meant so much for outside users as it is for employees. Even still, the new look is a huge win for developers, hackers, and Googlers alike. All that the Issue Tracker needs now is a mobile site.