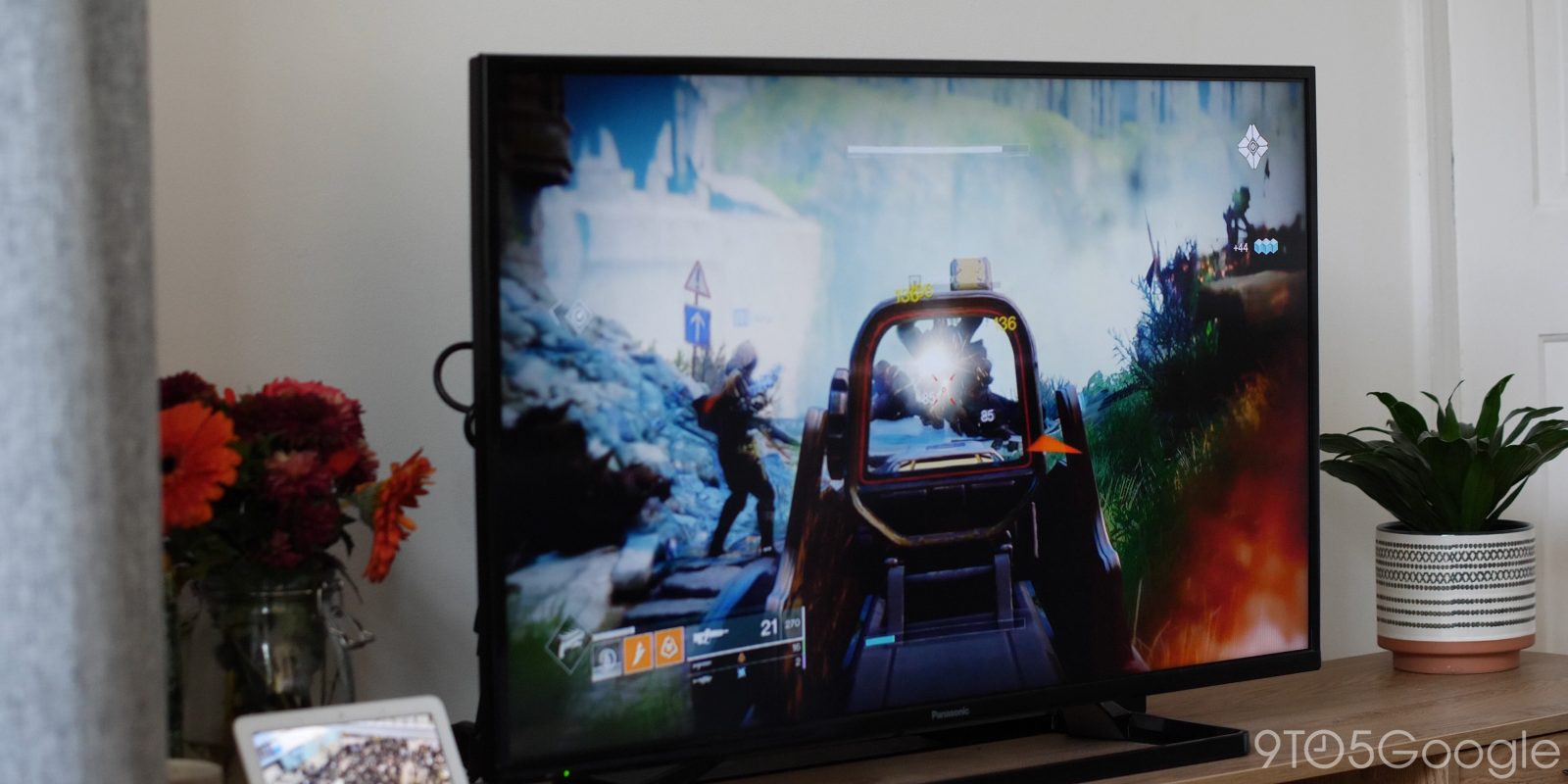 In its roadmap for the first three months of 2020, Google revealed how Stadia will come to more Android phones. Testing for that is already underway, and the latest development sees the Stadia app list an Android TV device.

The Stadia app was updated to version 2.2 this week with tweaks and other in-development features. According to a Norwegian user of Google’s game streaming service, the Android client today listed an Android TV device with built-in Chromecast in the “Choose where to play” menu.

The television in question is by Philips, dates back to 2015, and only 1080p. When selecting the screen, a “Failed to initialize” message loaded and incorrectly misidentified it as a “Chromecast Ultra.” This dialogue is what appeared before all of the 4K dongles were updated to support Stadia.

This does not look to even be an early play test with the TV since disappearing from the menu. There are also some reports of this previously occurring on Android TV boxes. Nevertheless, it comes as a previous Android TV roadmap said the platform was gaining Stadia support in 2020. This would open up even more screens for gaming as there are a slew of built-in Chromecast devices already in the market.

It also raises questions about whether 1080p Chromecasts will soon get Stadia support as the cheaper $35 streamer also has wide adoption. Another unknown is how far back Google will extend support.

Be sure to chime in below if you see your Chromecast TVs listed in the Stadia menu moving forward. This was not the case when we checked our devices earlier in the week.