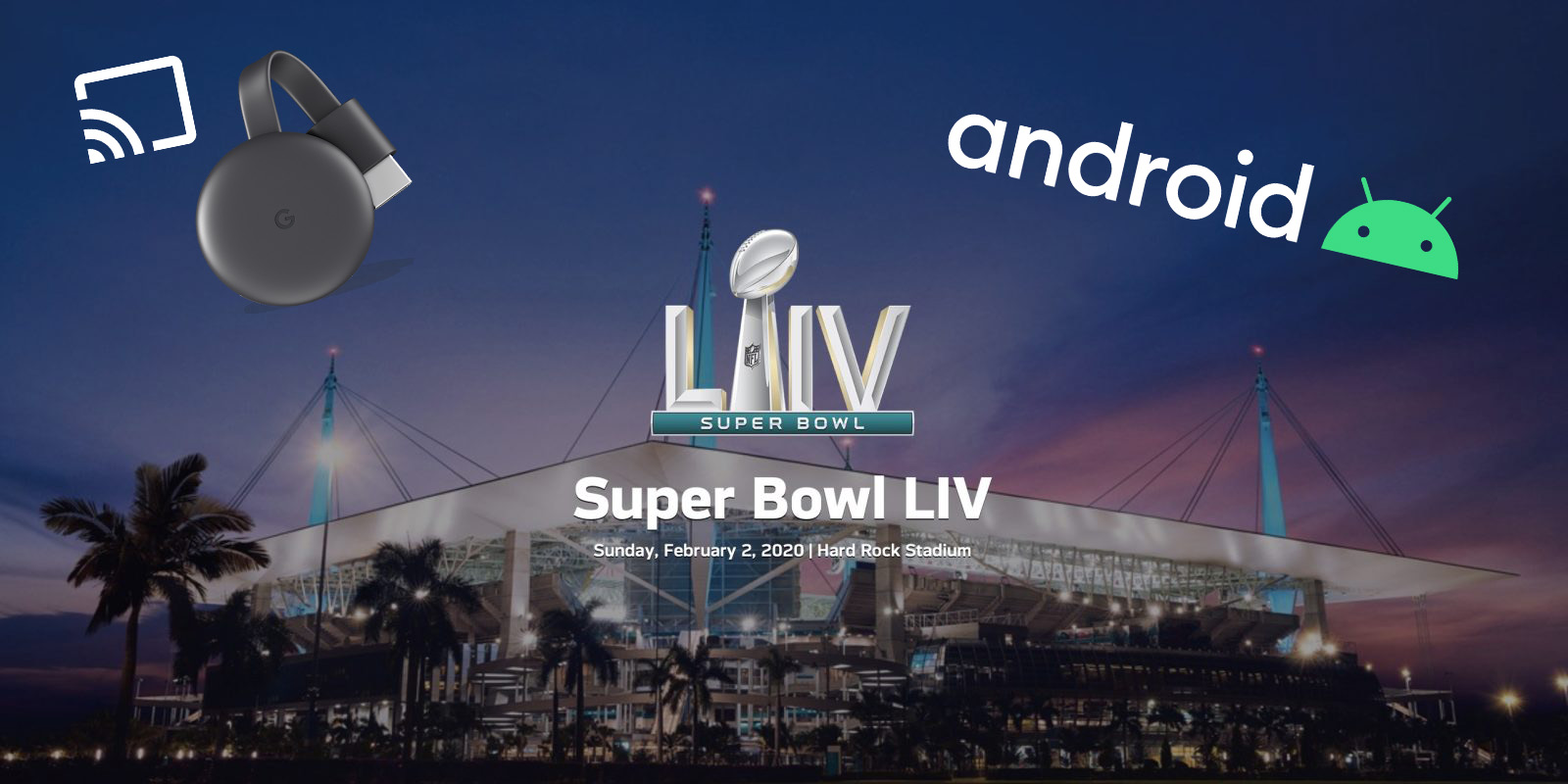 Super Bowl LIV: How to stream on Android, Chromecast, Chromebooks, or Android TV

For Android and Android TV, there are three apps you’ll want to look at first for streaming Super Bowl LIV. These apps include the NFL app, FOX Sports app, and the Yahoo Sports app as well. These three apps are available both on phones and tablets as well as Android TVs like the Nvidia Shield.

Using any of these apps, you’ll be able to watch the Super Bowl completely free of charge, of course with advertisements. However, there are some caveats. With the NFL app, for example, you’ll only be able to watch through a mobile data connection unless you log in with a TV provider such as Spectrum, Dish, Verizon, or others. Yahoo Sports also won’t stream the game on Android TV.

FOX Sports seems to have the least restrictions on watching the game and works on both Android and Android TV.

Another option for all platforms to access the big game is to use Live TV streaming services. For this, there are options like YouTube TV, Hulu + Live TV, Sling TV, and others. Most of these also offer temporary free trials if you want to give them a test run before paying up. On average, these services generally cost around $50/month.

For watching Super Bowl LIV with Chromecast support, you can use any of the Live TV services mentioned previously. They all support Google’s Chromecast dongle in their Android and iOS apps, as well as streaming through web apps.

Finally, let’s talk Chromebooks. To stream Super Bowl LIV on a Chromebook, you’ll want to head to the NFL’s website to stream the game.