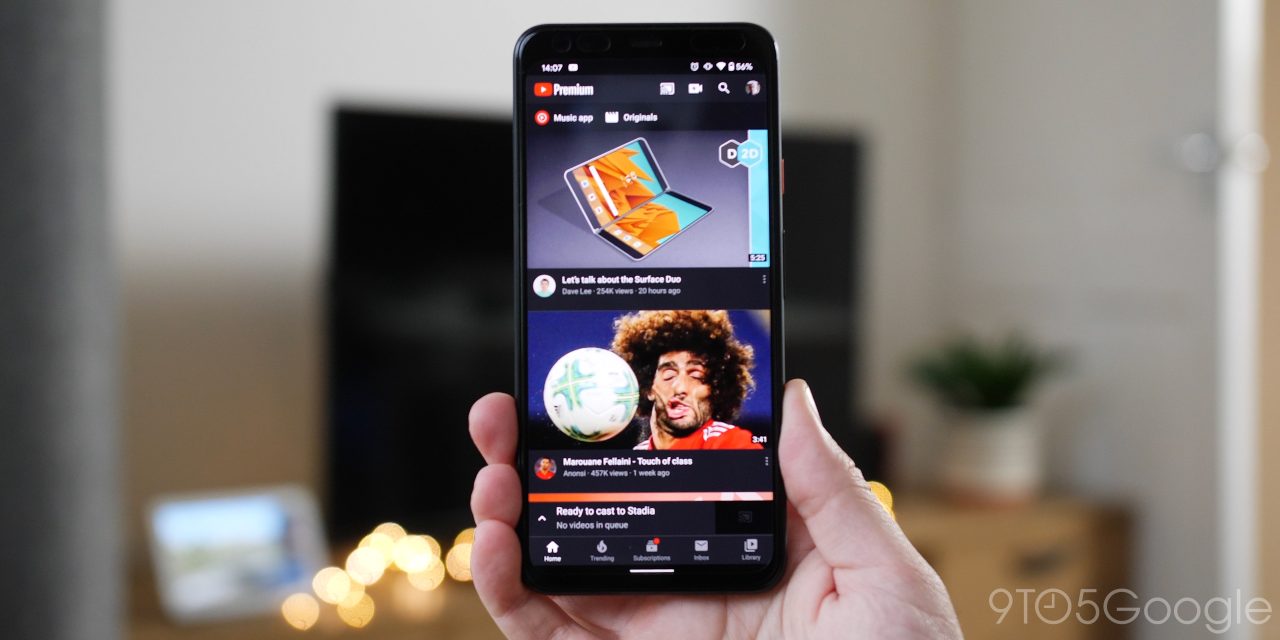 A new report confirms our suspicions that YouTube is the dominant force in online streaming, as the platform accounts for over 70% of the total time we spend using streaming services on mobile.

According to data gathered by AppAnnie, somewhat unsurprisingly, YouTube on mobile wipes the floor with the likes of Netflix, HBO, and others. Naturally, the vast majority of content consumers on mobile are young adults and teenagers, who vastly outweigh the other groups.

To put that into perspective, that means that seven out of every 10 minutes spent watching video apps on mobile was spent on YouTube. Considering that China is unable to access YouTube officially due to government blocks, that is very impressive.

One explanation is the wealth of varied video content, and just how people use the video platform. The mixture of short-form and long-form content means that even massively growing services such as TikTok and the recently released Byte, face an uphill struggle to reach similar viewing figures — although those applications have more of a social element than YouTube currently. 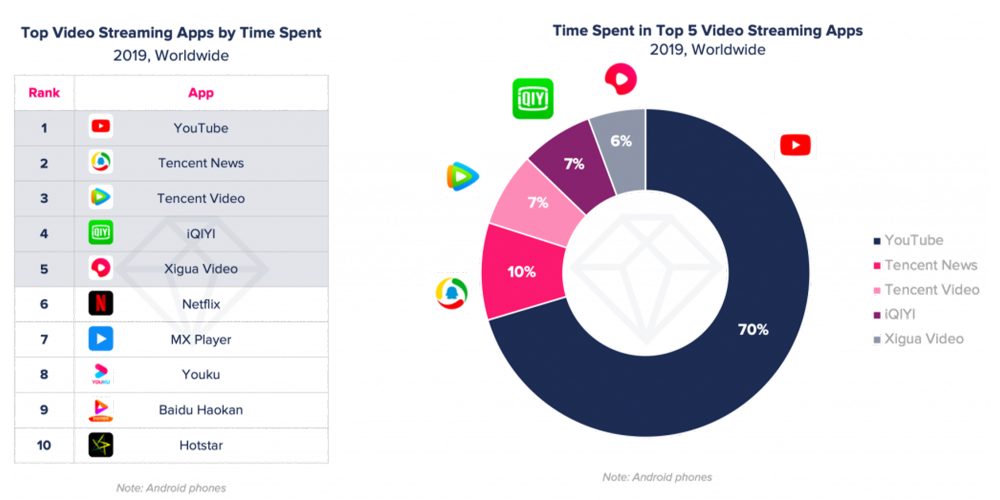 YouTube has a hybrid offering of long and short form content, as opposed to a service like TikTok (one-minute maximum) or Netflix (30 to 60-minute episodes and 60+ minute movies). This wider breadth of content helps better suit consumers’ viewing habits: there’s something for you regardless of how much time and attention you have available. Leveraging advertising allows YouTube to keep its content free and available to all types of users and offer paid tiers to remove ads for users willing to pay.

The report also suggests that the ability to stream music enhances this domination, as the YouTube Music platform saw massive growth from December 2017 through December 2019. With the services recently hitting 15 million subscribers, and Google Play Music set to be shelved in the coming months, that figure is expected to rise yet again in 2020.

With YouTube, the dominant force in streaming, the recent $15 billion ad revenue return looks set to burgeon even further in 2020 too. You can download the full, in-depth report right here.