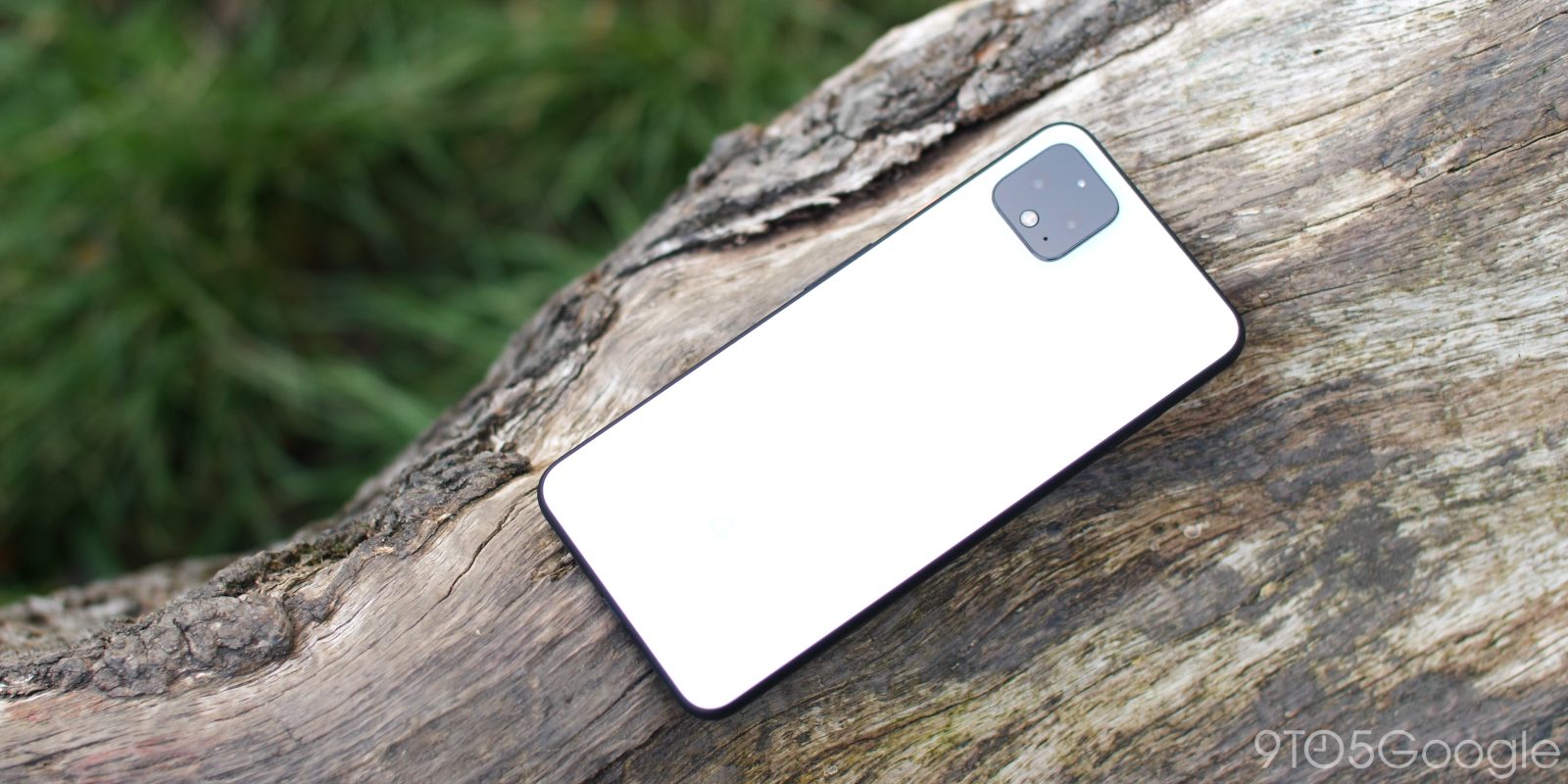 It’s hard to believe, but it’s only February and Pixel leak season has already begun. Today, a mention of the Google “Pixel 5” has appeared in the Android Open Source Project (AOSP).

We now have potential confirmation from AOSP code comments that Google’s next mainline Pixel phone will, unsurprisingly, bear the name “Pixel 5.” The confirmation comes from a new code change for Android’s Linux kernel, which the AOSP developer explains has only been tested on the Pixel 4 and not the Pixel 5.

Bounds sanitizer in arch/arm64/kernel/cpufeature.c makes image unbootable for Pixel 4 at 4.14 kernel. I didn’t have a chance to test it on Pixel 5 with 4.19, and preemptively disabling UBSan there now to ensure bootability.

The code itself is of little interest to us, as it deals with disabling an optimization to C code called UndefinedBehaviorSanitizer (UBSan). Instead, take note of the version numbers listed, “Pixel 4 at 4.14” and “Pixel 5 with 4.19.” These are the version numbers for the underlying Linux kernel that Android uses on these devices, usually as provided by Qualcomm. 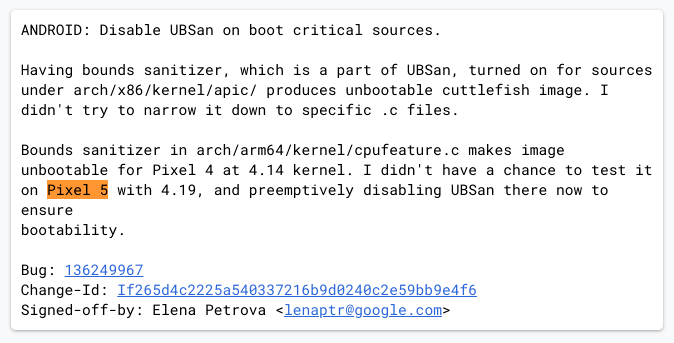 Update 2/18: As of this morning, the AOSP developer has taken down the code change and replaced it with a near identical one that says “on an arm64 device with 4.19” instead of “on a Pixel 5 with 4.19.”

Last month, three potential Google Pixel codenames surfaced, along with the mid-range Qualcomm processors those codenamed devices would run on. We currently believe one of those three, Sunfish, will be a mid-range successor to the Pixel 3a, branded as the “Google Pixel 4a.”

Meanwhile, we think the other two, Redfin and Bramble, could be the Google Pixel 5 and Pixel 5 XL codenames, which would make the Pixel 5 series less-than-flagship. Interestingly enough, Bramble has been spotted using the same Linux kernel version, 4.19, as listed for the “Pixel 5” above. This alone isn’t quite enough to confirm that Bramble is indeed the Pixel 5, but it does make the case stronger.

Either way, at least we can now fairly confidently say from this AOSP code that Google is indeed working on a “Pixel 5,” and two months sooner than we could last year.