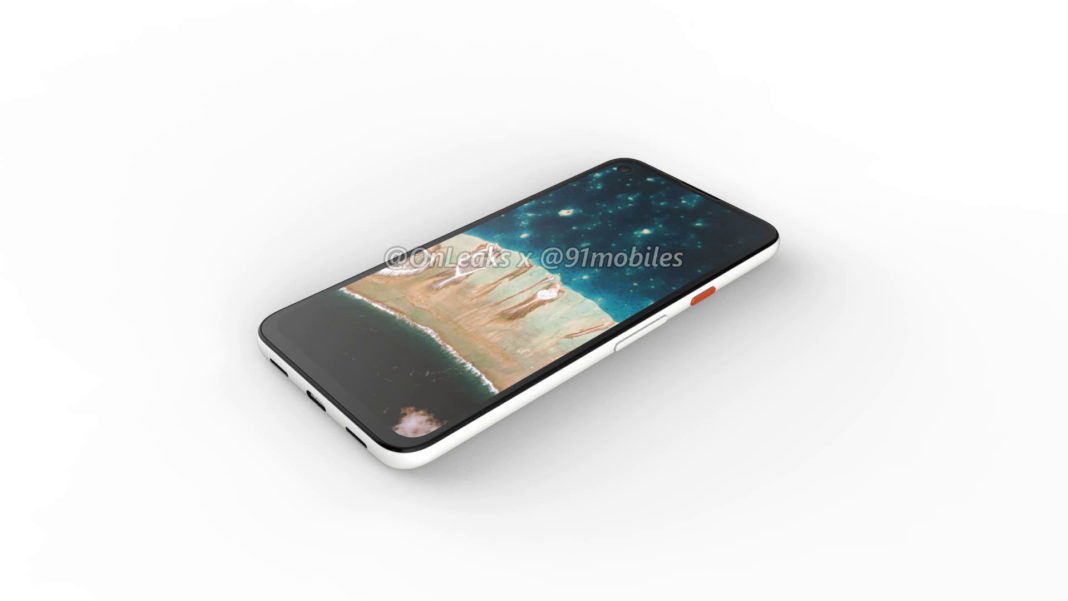 With the release of the Pixel 3a at Google I/O last year, Google started a cycle of mid-year hardware releases, which means it’s high time for the next Pixel leak season. Still four months away from the likely launch date of the Pixel 4a, the first proper hints at the mid-range phone’s processor specs have come to light.

Every year, while a Pixel phone is in development, Google gives each device and its XL variant an aquatic codename. Usually, these codenames serve us little more than to scratch the curiosity itch and help us know what to look for in future leaks. Things are a bit different this year with the codenames tipped to XDA-Developers.

Google, being the enormous multifaceted organization that it is, has many developer teams that end up intersecting in interesting and unexpected ways. The latest example of that is that Skia, a 2D graphics library that powers both Chrome, Android, and Flutter, has a direct relationship with the Google Pixel team.

XDA’s tipster found a code repository within Skia, “perf-buildid/android-master” which has since been made private, that inadvertently listed every known Google Pixel codename and a few previously unknown ones. 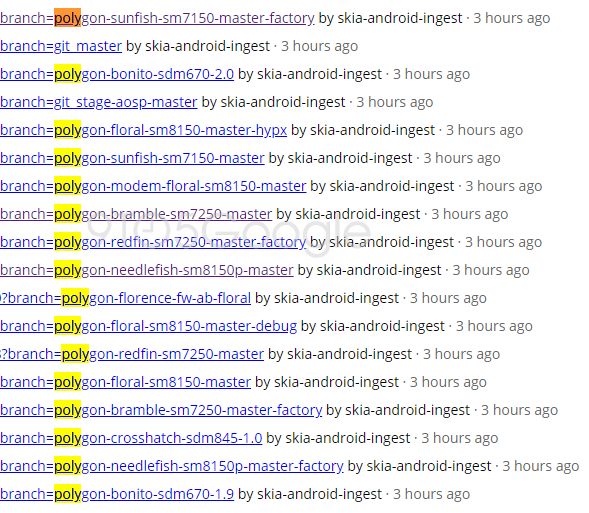 In the above list of commits — all of which were posted today — you’ll see familiar codenames like “crosshatch” for the Pixel 3 XL, “bonito” for the Pixel 3a, and “floral” as a clever combination of “flame” and “coral” for the Pixel 4 and 4 XL. Weeding through those, we end up with four codenames for devices that haven’t been released yet — “sunfish,” “redfin,” “bramble,” and “needlefish.”

Our avid readers may recall that the “needlefish” codename was first discovered last year and we suggested at the time that it could be, among other, more sane theories, the long-awaited Pixel Ultra.

In the code’s commit message, we see “needlefish” listed as “needlefish-sm8150p.” While most folks know Qualcomm processors by their shorter, snappier names, Google and Android developers usually refer to them by their model number. In this case, “SM8150” is the Snapdragon 855, which is the same processor found in the Pixel 4 series of phones.

We’re not sure what to make of this just yet, as it’s weird that Google would still be actively developing a device with last year’s Snapdragon 855.

The next codenames we’d like to draw your attention to are “redfin” and “bramble.” So far, “redfin” has only appeared in this list from Skia, but “bramble” has previously appeared in now-deleted AOSP code review comments from November with a direct mention of “pixel” attached to it.

The Skia code refers to these two devices as “redfin-sm7250” and “bramble-sm7250.” The “SM7250” here refers to Qualcomm’s recently announced Snapdragon 765 5G chips, which would mean that “redfin” and “bramble” could be the first 5G-enabled Google Pixel phones.

While each generation of Google Pixel phone usually has the same internal specs between the standard and XL variants, they’ll each be given their own codename. Based on that, it seems plausible that “redfin” and “bramble” are a standard and XL model of an upcoming Pixel phone.

The last unknown Pixel codename in the list is “sunfish.” Our Dylan Roussel was able to confirm this codename within the Google app, as it was spotted side-by-side with other Pixel devices.

Thanks to Skia, we see that “sunfish” is referred to as “sunfish-sm7150.” Continuing the pattern, Qualcomm’s website tells us that “SM7150” refers to the Snapdragon 730, announced in 2019 and found in phones like the Samsung Galaxy A80.

Which codename is the Pixel 4a?

With introductions out of the way, which of these four codenames and processors is the real Pixel 4a? Right off the bat, we can eliminate Needlefish, as no “mid-range” phone is going to release with a flagship chip unless it’s made by Pocophone.

That leaves Redfin, Bramble, and Sunfish. As it stands today, with what little evidence we have to work with, I personally believe that Sunfish is the most likely to be the Pixel 4a. Using a chip from last year in the Pixel 4a would line up with the Pixel 3a’s use of a 2018 processor. However, we’re not sure why only one codename appears instead of two, to indicate standard and XL variants.

Update: A new report seemingly confirms our speculation that Sunfish is indeed the Pixel 4a.

So then what are the 5G-enabled Redfin and Bramble? The honest answer is we don’t know. Google could intend to release a higher-end mid-range phone, but it’s far too early to say when such a release could happen based on the evidence we have now.