Android 11 DP1: ‘Notification history’ prepares a much needed revamp of the log 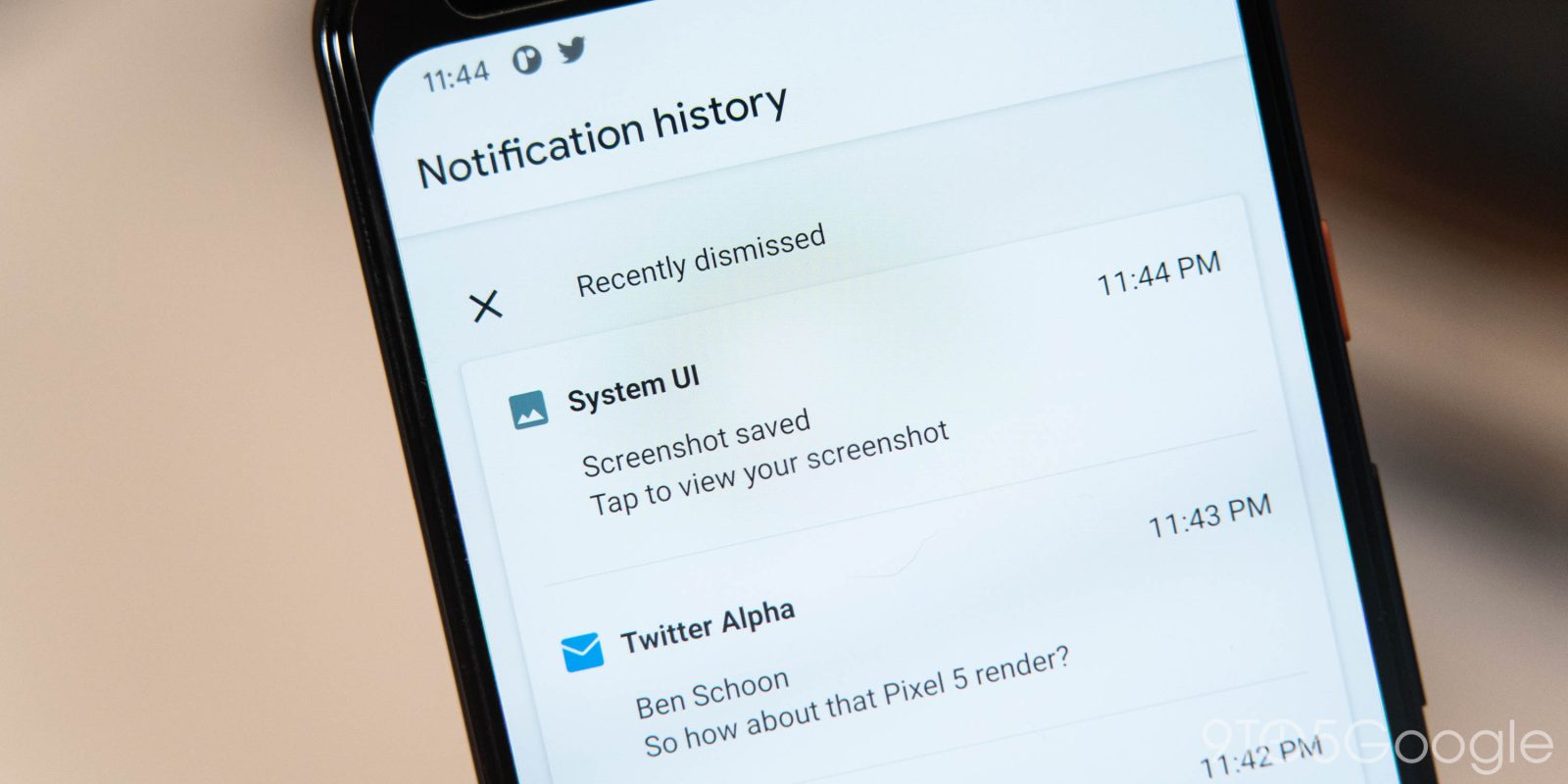 Android 11 seems chock full of tweaks and new features for notifications, and one big one that may be on the way is a revamp of the notification log. The little-known Android feature may soon get a much-needed revamp in the form of “Notification history.”

In case you didn’t know, Android has had a mostly-hidden feature for a few releases called the “notification log.” This option shows any notifications that have come through even if they’ve been dismissed previously. It’s a handy feature, but it generally requires some third-party apps or homescreen widgets to access.

The “notification log” is long overdue for a revamp and that seems like it’s coming in Android 11. We were able to flip the switch on a new page called “Notification history.” Now, we’re pretty sure that this won’t replace the notification log, but would rather act as a user-facing version of that feature. After all, the log’s interface could be a bit daunting and didn’t show notification contents in a user-friendly way. Though, the log has changed to have a much better look in Android 11.

With “Notification history,” Android would show notifications the exact same way they originally came in. The UI shows a “Recently dismissed” section at the top followed by three notifications and the time they came in. Below that, a list of other notifications from the day would appear, though that part isn’t working yet.

Presumably, this is something Google plans to introduce as a more user-facing feature when Android 11 makes its full debut. If that is the case, I think this is a great start.