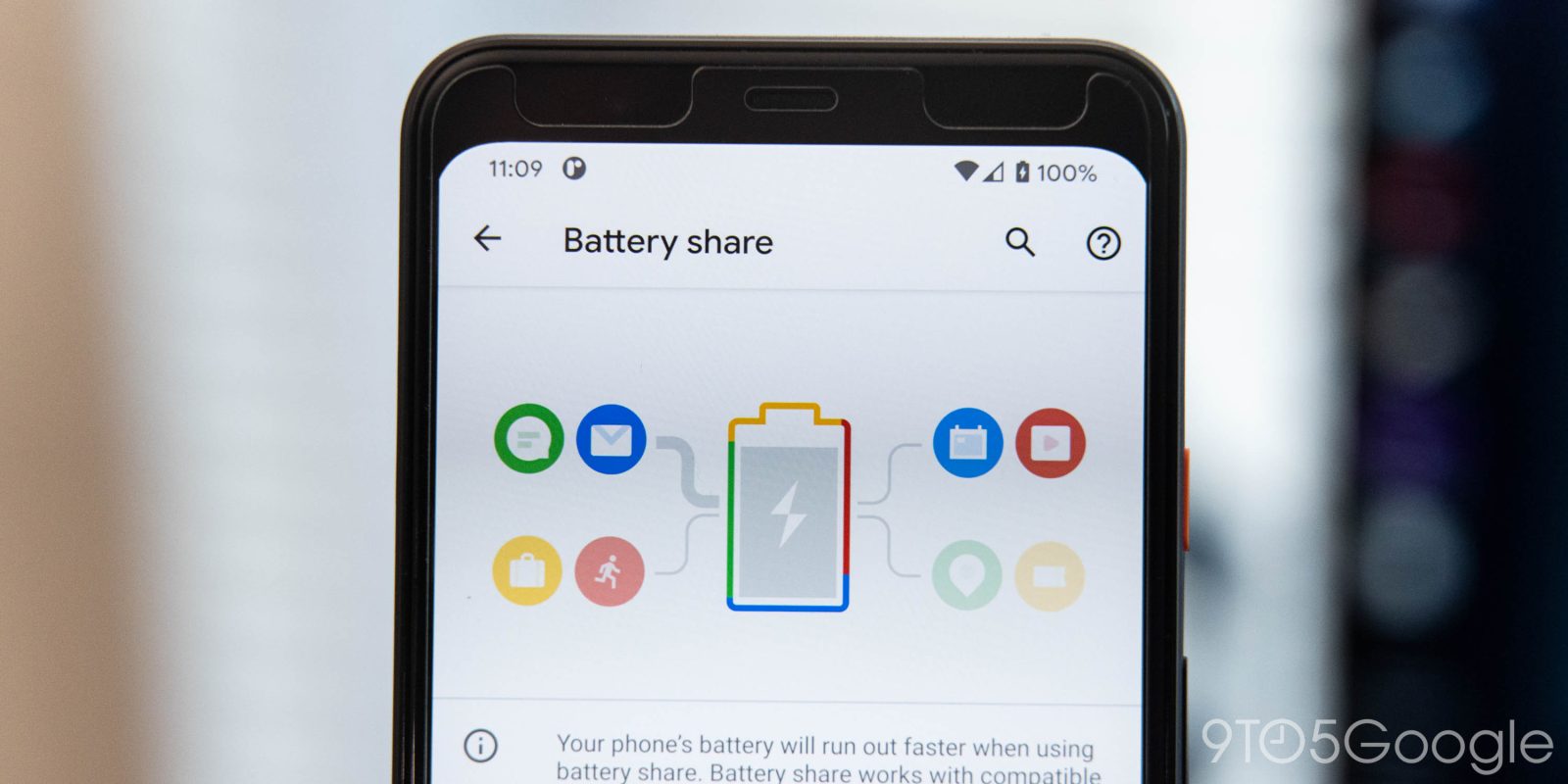 Google’s 2020 Pixel Buds are just around the corner, and while they’re slated to have solid battery life, sometimes you need just a little bit more play time. Phones like the Galaxy S10 and S20 have offered the ability to give a Qi wireless charge to other phones or to their Galaxy Buds line. It appears Google may also be developing this feature for the Pixel 5 under the name “Battery Share.”

The first Android 11 Developer Preview was released today, and we’ve been looking into the changes both obvious and hidden. While digging through the many changes to the Settings app, our Dylan Roussel uncovered a new menu in the app for a feature called “Battery Share.”

Within the app’s code, we’ve found a pretty clear description of what Battery Share is intended to do, along with an accompanying image in Google’s four-color design.

Judging from the fact that no current Pixel phone has the hardware required to support Battery Share’s reverse wireless charging, this is very obviously designed with an upcoming Pixel phone in mind. But which one?

We’re already aware of three in-development Pixel phone codenames, Sunfish (which is likely the Pixel 4a), Redfin, and Bramble. Digging a bit deeper into code for Battery Share, we’ve found that Google only enables the feature for one device, “Redfin.”

Given that reverse wireless charging is currently something of a high-end feature, it’s interesting to find Battery Share enabled for a Pixel device equipped with the upper mid-range Snapdragon 765 processor. If anything, this gives further credence to our suggestion that this year’s Pixel 5 may not be a “flagship” phone in the traditional sense.

Thanks to JEB Decompiler, which this post and some APK Insight teardowns benefit from.