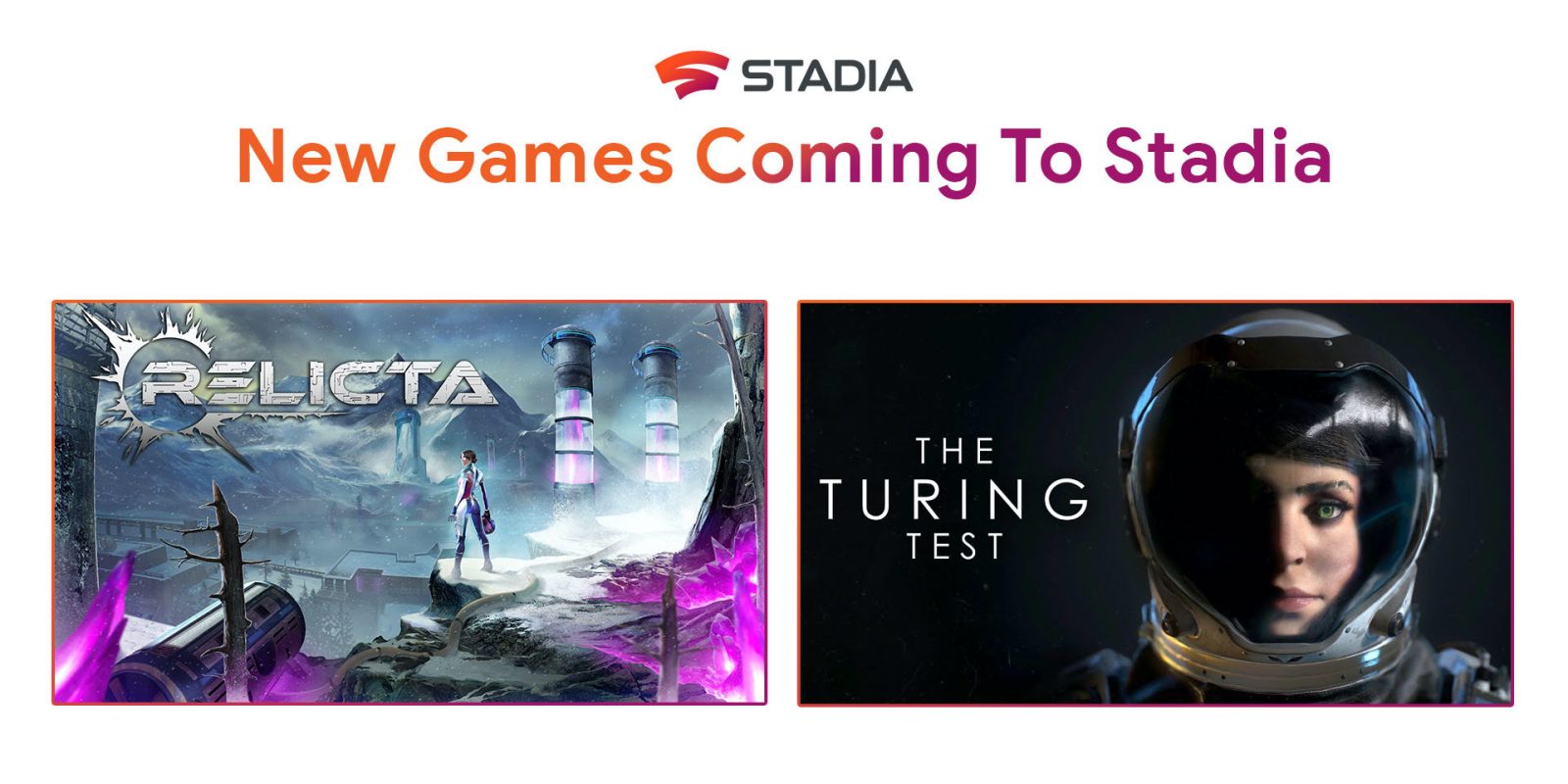 In addition to 4K gaming rolling out to Stadia, Google today announced two upcoming puzzle adventure games for its streaming platform. The first is the brand new title Relicta, while the The Turing Test offers serious Portal vibes.

From developer Mighty Polygon and published by Deep Silver, Relicta is a first-person physics-based puzzle game set on the Moon where players can alter magnetism and gravity to solve “complex physical” environments.

Play as a physicist stranded on a derelict Moon base and bend gravity and magnetism to your will. Will you rush straight ahead or will you take your time to unravel the intrigues of 22nd century orbital politics? Buried in the eternal darkness lies a secret that might claim your daughter’s life – or change the fate of humanity. Are you ready to face the consequences of your research?

Google touts the game’s detailed environments and original soundtrack, while Relicta was also teased for Xbox, PS4, and PC today.

The Turing Test from Bulkhead Interactive is another first-person puzzle game. Similarly spaced-themed, it’s set on Europa. The mechanic in this title is an “Energy Manipulation Tool” to “transfer power between machines.”

You’ll also be able to switch perspectives to solve challenges that are a clear nod to Alan Turing’s test of whether machines can pass off behaviors as human. The game launched in 2017 and is also available on consoles.

Upon arrival a series of puzzles awaits you – tests which, according to the station’s AI, Tom, can only be solved by a human. These puzzles have apparently been set by the missing ground crew – but why have they created them and what are they hiding from?

Google today only notes that both puzzle adventure games will be “available soon” on Stadia.