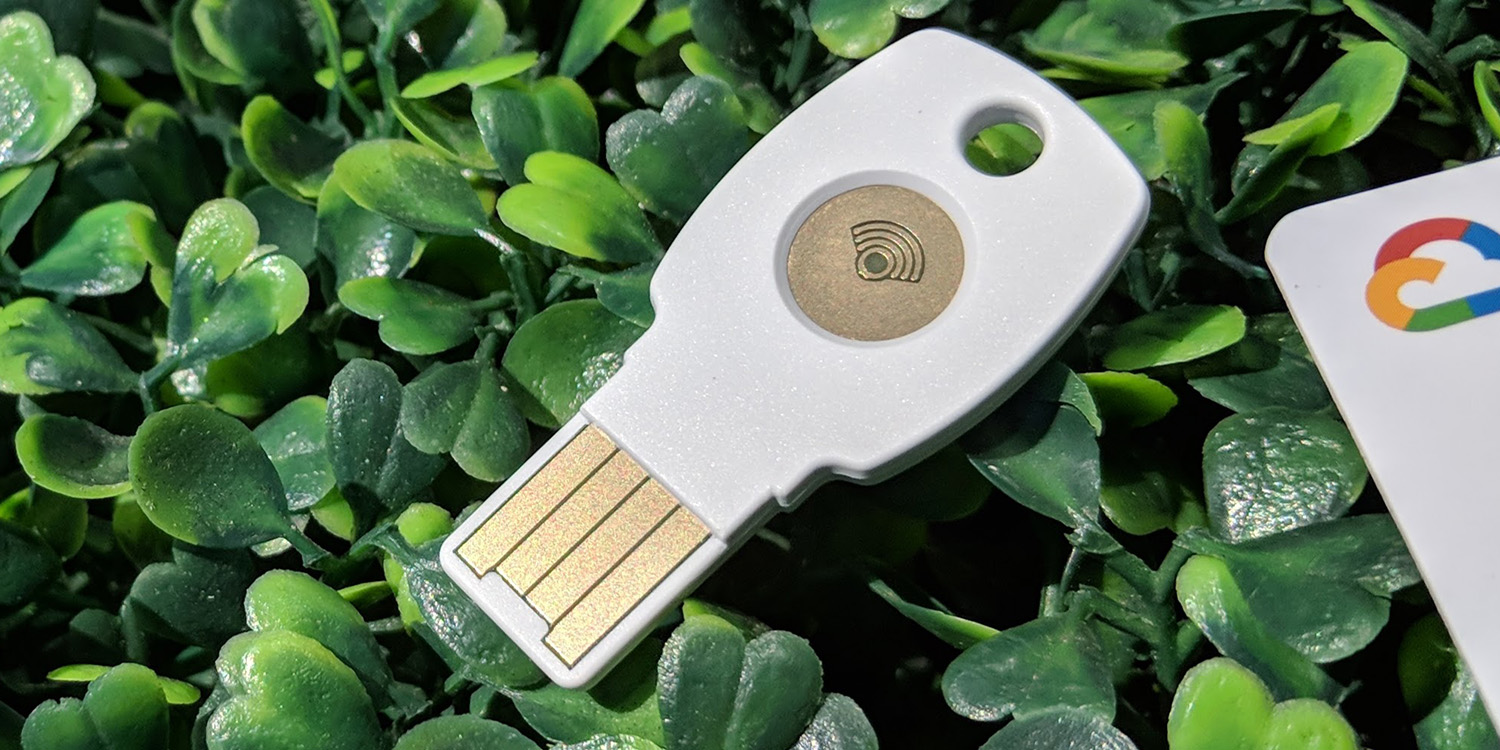 Google in recent months has expanded and simplified 2-step verification across first-party services. Security keys for Google Accounts can now be enrolled on Android and macOS.

The most notable expansion today is for mobile, with all Android 7.0 Nougat and newer devices running Chrome 70+ able to register a USB, Bluetooth, or NFC security key. This added support helps spur adoption of the 2FA method especially in mobile-first environments.

To set-up, users have to sign in to their Google Account on the web and head to Security > Signing in to Google > 2-Step Verification and “Add security key.” Users are then walked through the process of associating a device with their accounts, including where to tap for NFC on mobile devices.

Once enrolled, you’ll have to plug in, tap (via NFC), or click (Bluetooth) the security key to the device you’re logging in to Google from to confirm that it’s really you. Compared to other two-factor authentication, this method is particularly resilient against phishing and attempts to intercept temporary codes that you have to quickly enter.