Here’s the smudgy, shade-less back of a Google Pixel 4a prototype 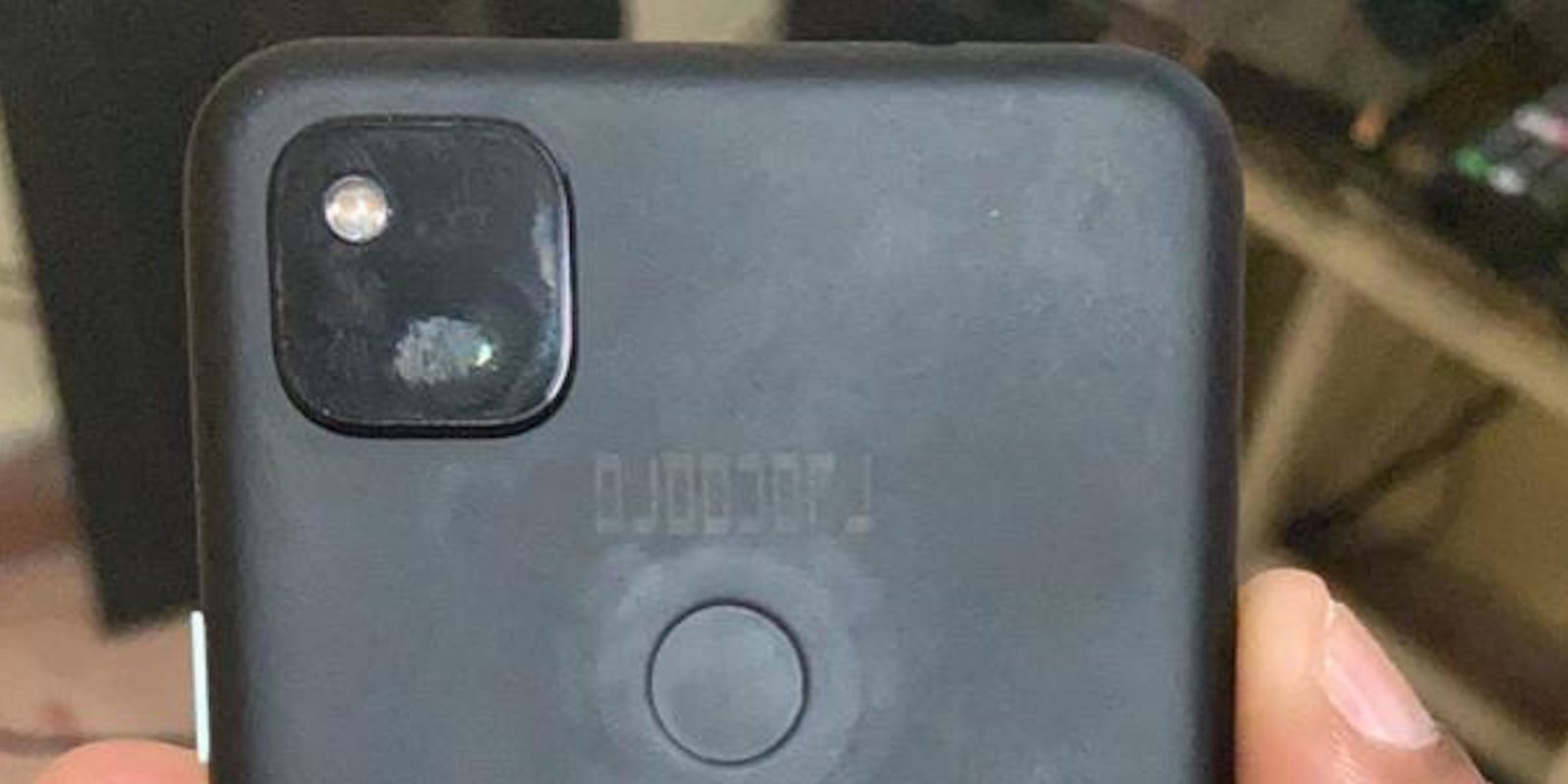 Following renders late last year, we got our first real-life glimpse of 2020’s mid-range Google Pixel and its fabric case yesterday morning. Another image today explains the origin of that leak and provides a look at the back of the Pixel 4a.

Tweeted again by TechDroider, we see the case-less rear of the Pixel 4a — with that product name seemingly confirmed by the Settings app yesterday. This “a” phone shares the same design stylings as the Pixel 4 in that it lacks a glass shade.

Last year’s flagship saw Google switch to an unadorned glass panel, and the Pixel 4a is following in those footsteps with a plain back that’s only interrupted by the camera and fingerprint sensor. It’s unclear what coating is applied to the back plastic, but the Pixel 4a in this leak is very scuffed up by fingerprints and other oils. The Pixel 3a and Pixel 3a XL still retains a two-tone finish with the top fifth shinier than the bottom, while this looks to be entirely soft-touch.

Meanwhile, we have a look at the rounded square bump in the top-left. It does not appear to be too significant, but again very smudged. In this case-less image, we also see the white lock button. Google looks to be following the color scheme of the Pixel 4, with the naming of that part continuing to not be ideal.

Lastly, the Pixel 4a we’re looking at is a prototype or early unit as evidenced by what’s in place of the ‘G’ logo. During the development process, Google uses alternate characters, while there’s another identifier just above the fingerprint sensor. 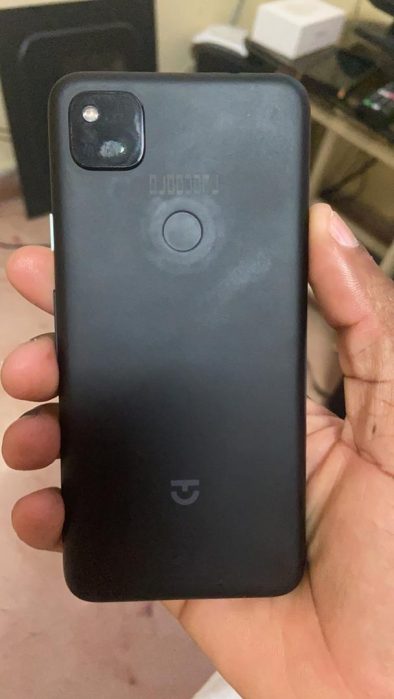