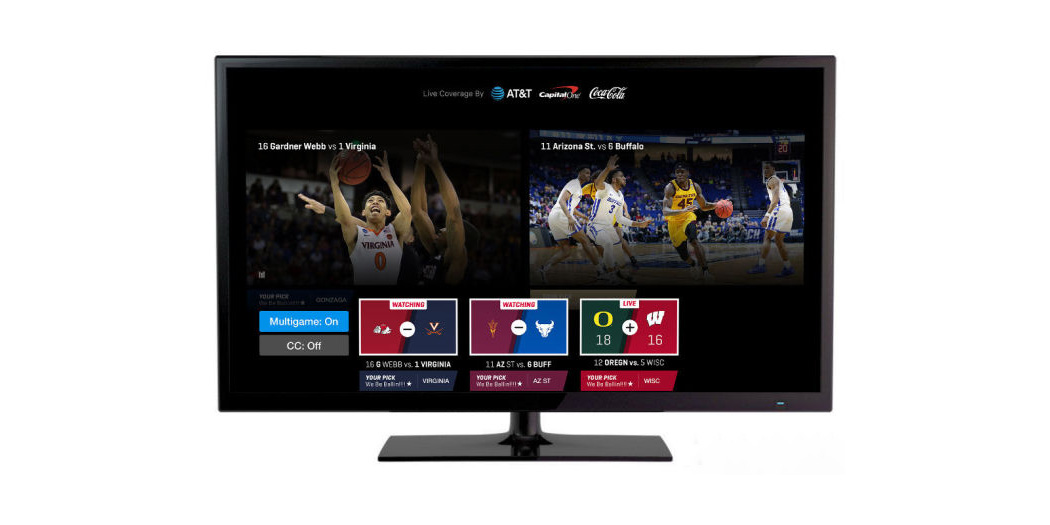 March Madness is right around the corner and now, the NCAA’s official app is getting a huge upgrade for Android TV owners.

Starting with this year’s tournament, the March Madness app on Android TV and Amazon Fire TV can support “multigame,” a feature that allows viewing multiple games at the same time. There will still be restrictions on this feature as it will only be available during “certain windows,” but it’s a very handy option for those looking to keep a close eye on all of the action.

Notably, this same feature is also available on Apple TV, but it’s actually an upgraded version. There, you’ll be able to stream up to 4 games at once on a single screen instead of two.

The Multigame option will expand fans’ ability to watch simultaneous live coverage of two games during certain windows of the NCAA Tournament to new platforms, including Amazon Fire TV and Android TV platforms for the first time this year – in addition to existing Multigame functionality on Apple TV. Additionally, new The Catch-Up video powered by AT&T TV will provide users with a succinct summary of any key plays or moments that may have transpired prior to when they started watching live streaming coverage.

Live games will start streaming through the March Madness Android TV app on March 17th. Engadget also has a handy summary of what the app has to offer for viewers.