Stadia for Android hits 500,000 downloads on the Play Store

According to the Play Store today, Stadia for Android has over a half-million downloads. The app (or its iOS counterpart) is required to set up Stadia and customize gameplay settings.

This includes creating an account by entering a Stadia code and creating a profile, as well as setting privacy, data usage and performance, display, and Assistant. While a web app is available, it lacks some preferences, while the Chromecast client doesn’t have options.

Its last update earlier this month introduced a handful of visual tweaks, and hinted at what’s next for the platform.

For most of the app’s life, it was in the over 100,000 installs range, but just under 500,000. The count was likely meaningfully boosted by Google expanding Stadia mobile compatibility to 19 Samsung, Razer, and Asus phones on top of the existing 8 Pixel models.

Downloads are never really a good indicator of how many active users a service has. In Stadia’s case, this is further clouded by those that paid $129 for Founder’s and Premiere Edition bundles, and those that received a three-month Buddy Pass or other similar trial offer. 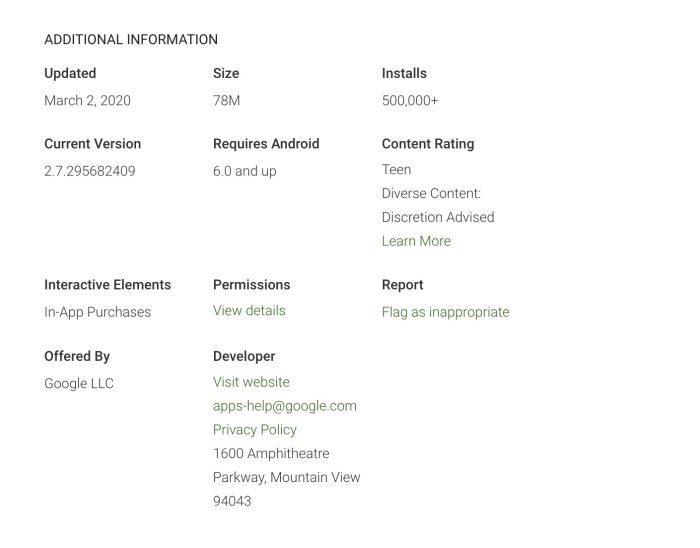