Classic Hangouts is on its way out, though the mandatory transition for G Suite users was delayed to later this year. An update to Hangouts for Android today sees Google remove the ability to share your location.

The location sharing capability in Hangouts is very rudimentary and does not provide real-time tracking like Google Maps. Accessible underneath the text field in a conversation — next to stickers, users can just search and send map locations.

It opens a full-screen map that shows where you currently are, and nearby places. You can also search for a listing directly or enter an address. Once selected, Hangouts asks if you want to “Use this place?” with Google showing a preview image and map. 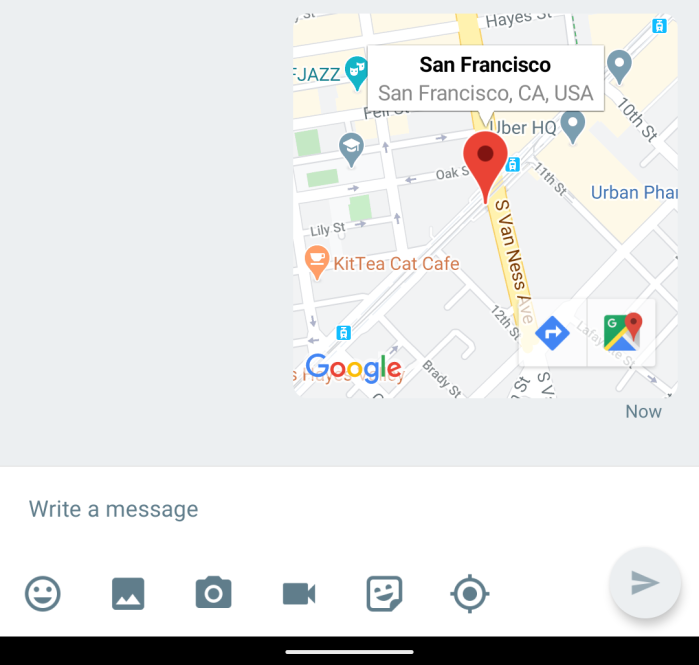 Recipients receive an inline map with place marker on mobile, while there are also shortcuts to open the full app or immediately get directions. On the web, you receive a map preview and the full URL.

This removal of the location button coincides with Hangouts 32.0, which is widely rolling out today. The feature was not available on iOS or the web, and not currently in Hangouts Chat. Today’s update does not appear to make any other changes to the service. That said, a new version last August did introduce a user reporting feature.