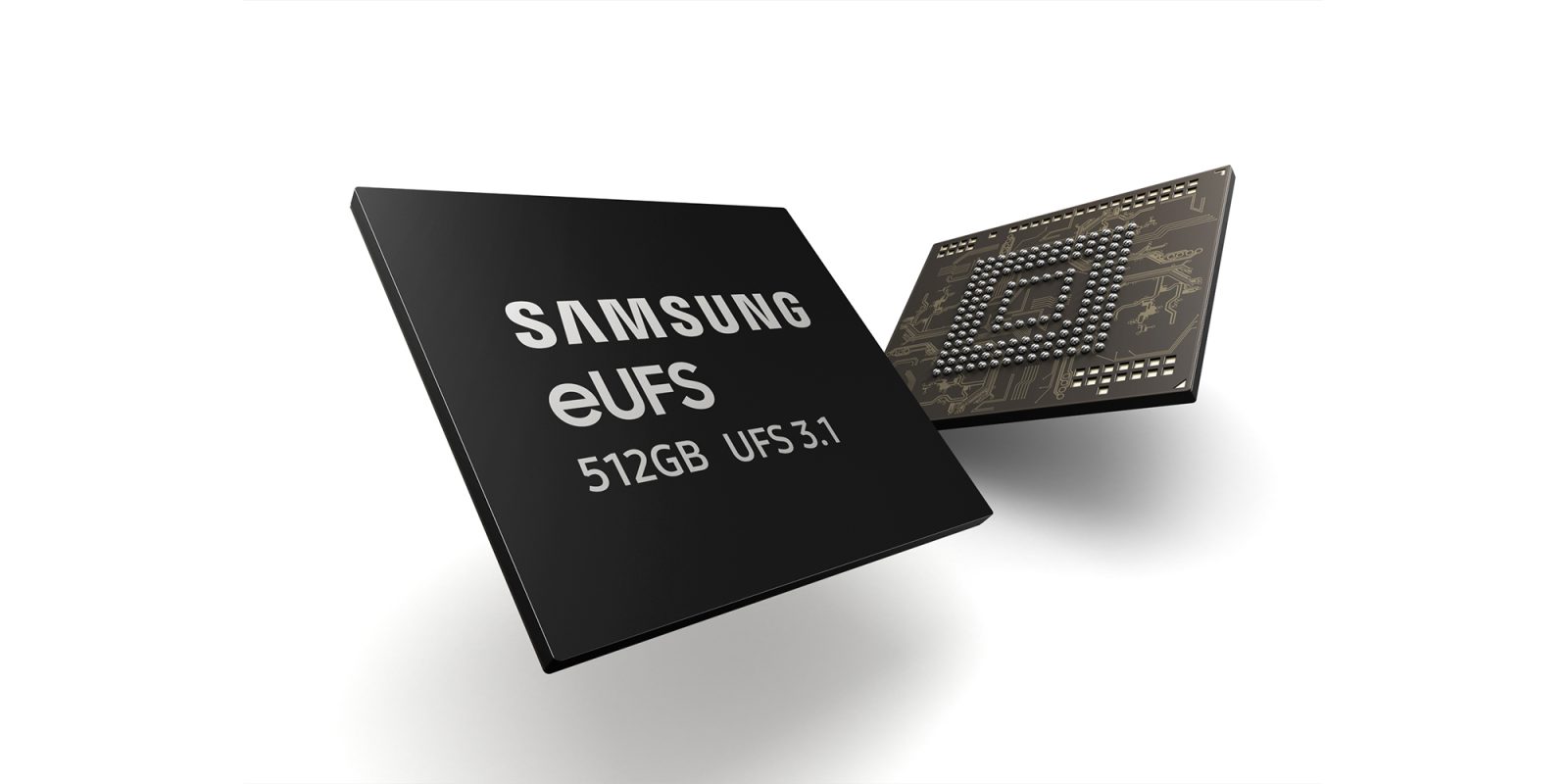 Samsung has begun to mass produce the next generation of super-fast UFS 3.1 storage, which is likely bound for the wave of late 2020 flagship devices.

We’re steadily seeing devices from the likes of OnePlus, ASUS, Xiaomi, and more add support for the faster storage modules, but Samsung claims that its new UFS 3.1 storage can have write speed times up to three times faster. That pushes the speed past the 1GBps barrier, which will be ideal for the growing usage of 4K and, now, 8K video on our smartphones.

The South Korean firm announced that production has started on 512GB UFS 3.1 modules, although they will offer 128GB and 256GB options. With more and more phones expected to pack in the 8K video supporting Qualcomm Snapdragon 865 chipset, we’re sure that this will be a prime inclusion.

At a sequential write speed of over 1,200MB/s, Samsung 512GB eUFS 3.1 boasts more than twice the speed of a SATA-based PC (540MB/s) and over 10 times the speed of a UHS-I microSD card (90MB/s). This means consumers can enjoy the speed of an ultra-slim notebook when storing massive files like 8K videos or several hundred large-size photos in their smartphones, without any buffering. Transferring contents from an old phone to a new device will also require considerably less time. Phones with the new eUFS 3.1 will only take about 1.5 minutes to move 100GB of data, whereas UFS 3.0-based phones require more than four minutes.

Along with the 512GB option, Samsung will also have 256GB and 128GB capacities available for flagship smartphones that will be launched later this year.

With the Samsung Galaxy Note 11/20 expected to launch in the latter half of the year, it wouldn’t be too much of a stretch to expect to see UFS 3.1 storage in the upcoming flagship. With that said, it’s unclear which devices will be first to get the upgraded storage.