Hand sanitizer and gloves are all good ways of combatting germs and viruses, but they’re all rendered irrelevant if you touch your dirty, germ-ridden smartphone. To help combat the coronavirus’ spread, Samsung is apparently kicking off a new “Galaxy Sanitizing Service” which will disinfect your smartphone for free at the company’s stores.

Through its Samsung Service Centers and Galaxy Experience Stores in 19 countries, Samsung is offering the same method of disinfecting your smartphone. As it stands, traditional cleaners such as disinfectants and other harsh chemicals can damage the device considerably.

Instead, Samsung’s “Galaxy Sanitizing Service” is cleaning smartphones using UV-C light. This light is able to effectively kill bacteria and viruses both on surfaces and floating in the air around us. It’s also the same technology that PhoneSoap uses for its home-based smartphone sanitizers. 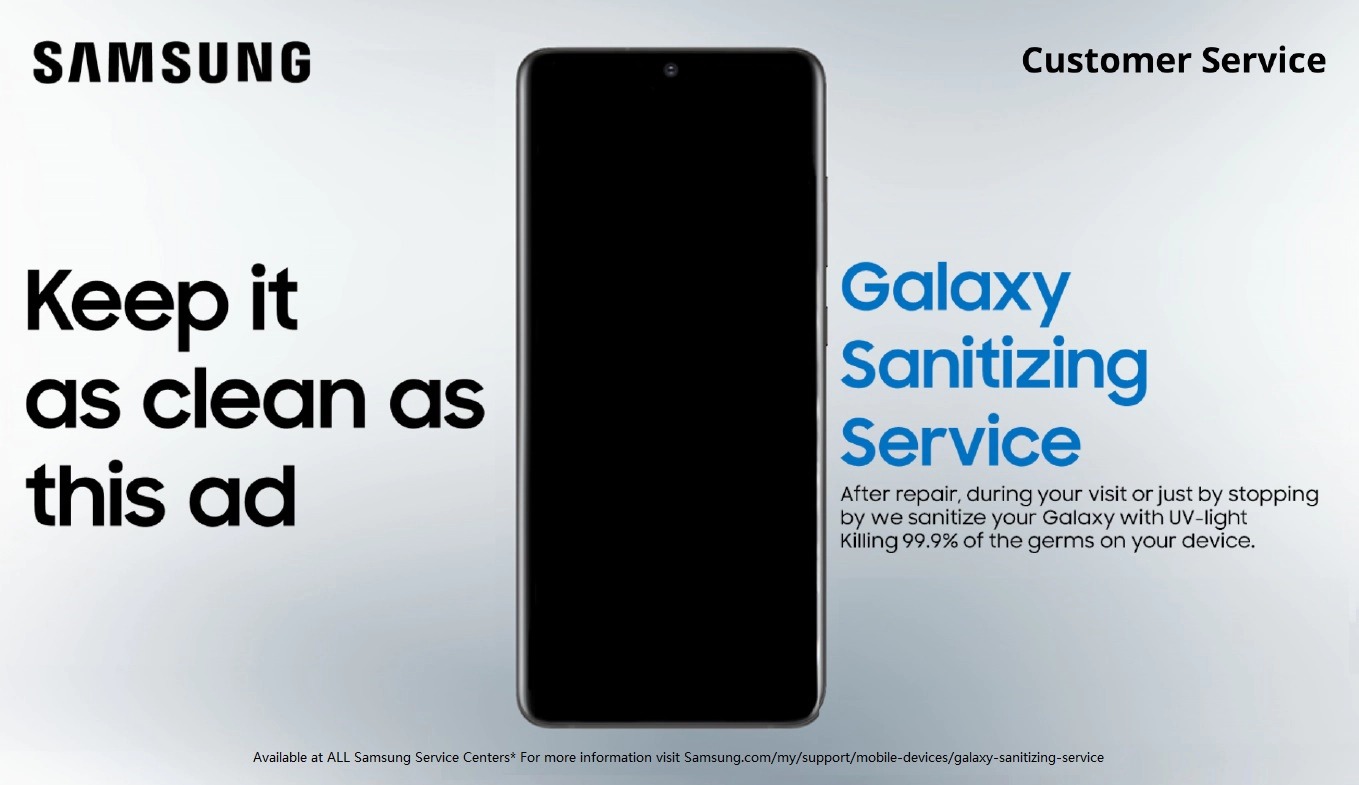 Currently, there’s no public mention of this program from Samsung directly, so we’re not sure if this is live just yet. The only evidence we could find is a now-removed page on the company’s website which mentions this service for Malaysia. On that page, it’s also mentioned that this applies to any smartphone, not just Samsung devices.

We’ve reached out to Samsung for clarification on this program, but we’re hoping everything reported is correct. This looks like a great gesture for customers!