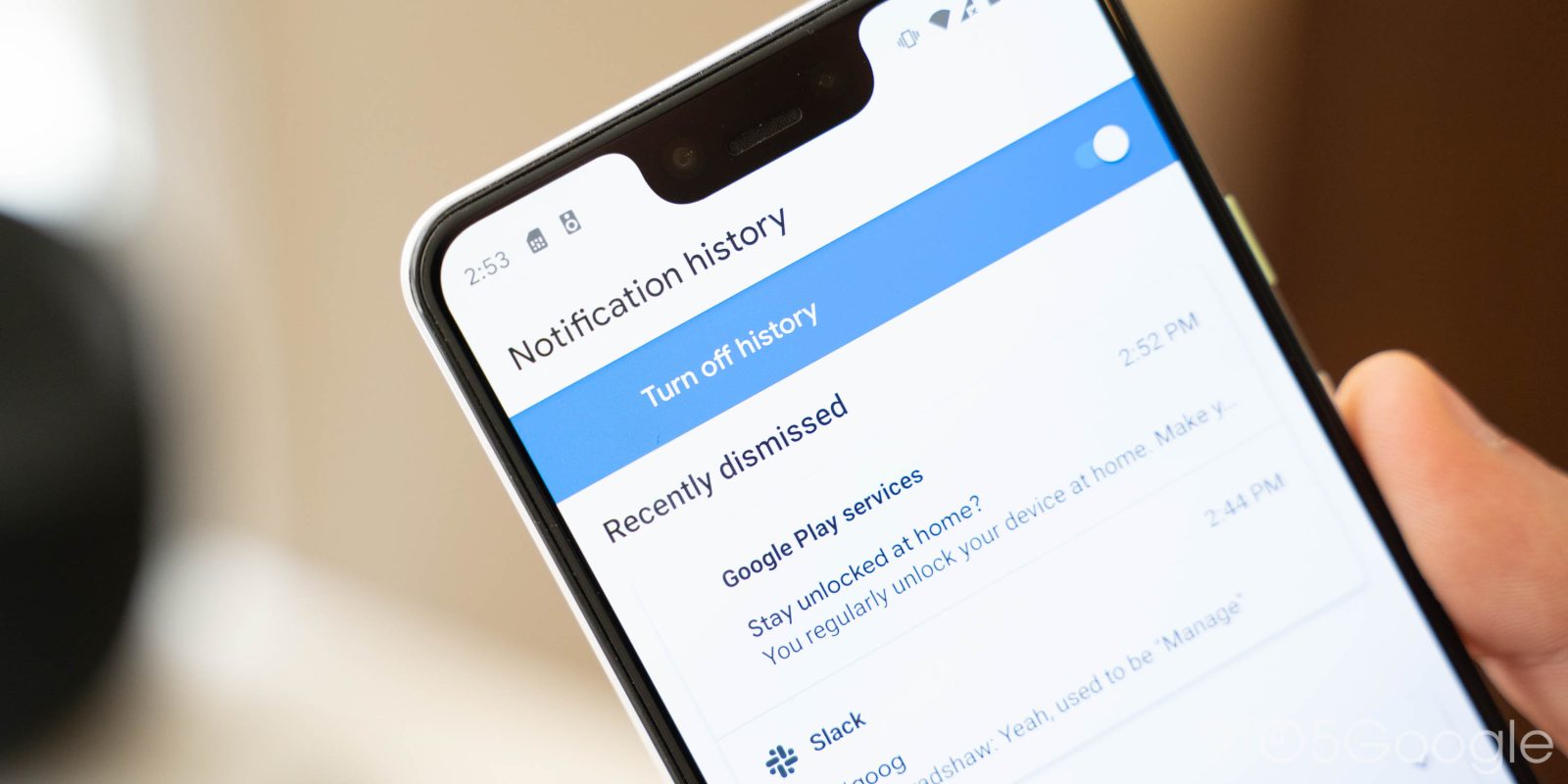 Have you ever swiped away a notification on Android by mistake? It can be frustrating! Luckily, there’s a new feature coming in Android 11 that’s live now in the second developer preview called “Notification history” which should solve this problem.

Notification history was previously enabled in the first developer preview, but now Android 11 DP2 pushes the feature live for everyone. At the bottom of the notification shade, the “Manage” button is replaced with “History” which will list out every notification you’ve gotten throughout the day, as well as showing the most recently dismissed at the very top.

Interestingly, Google also allows you to turn off notification history with a toggle. After pressing that, your entire history up until that point is wiped.

Notably, this new history option doesn’t allow opening the app directly. It’s still just a visual read-out of what data the notification showed and the time it first arrived. That’s a bit of shame, but what Google is presenting here is still much better than what we had previously and a very overdue feature.