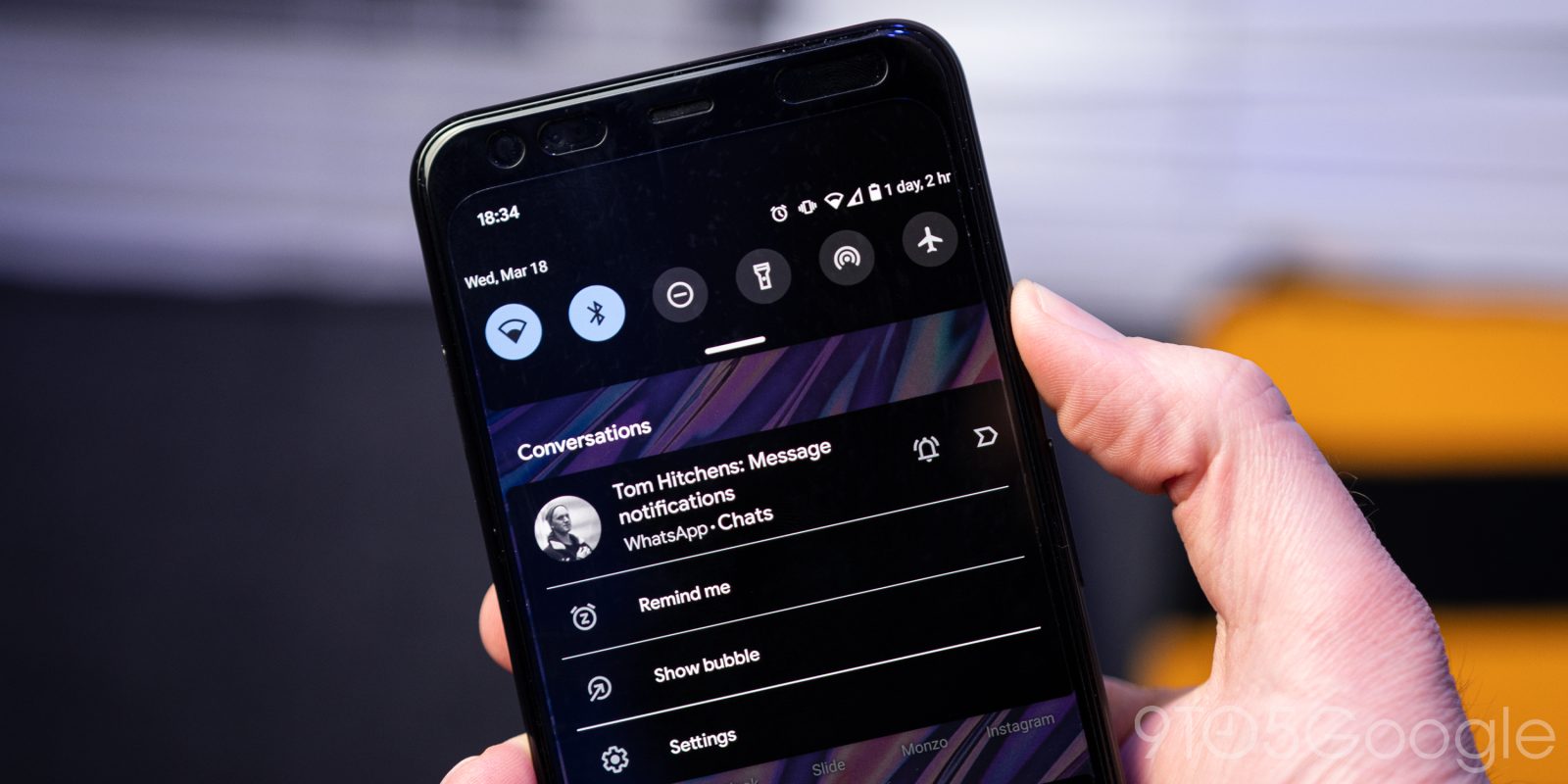 The second Android developer preview has now built upon the Conversations section added as part of the first developer preview, allowing you to mark messages as “important” again, which happens to include a brand-new UI to boot.

While the feature can be a little finicky at times, for the most part, the Conversations tag does a solid job of sorting notifications from your main messaging apps, but the tweaks now give you the ability to set important contacts so that you can tweak individual notifications potentially on a contact-by-contact basis.

This feature mimics Gmail, which has had the option for quite a while now, whereby emails from specific contacts will get priority over others when tagged as “important.” The expanded UI can be enabled simply by pressing and holding on a notification within your notification shade.

[Update]: It appears that if you tag a contact or message as important using this new notification shade menu, then the next time that contact messages, you’ll now see their contact profile picture within your status bar. That gives their messages even greater prominence over regular app status bar icons — plus it makes it even quicker to sift through.

Doing so will give you some further options, and that aforementioned new UI that includes the ability to delve into contact-level settings. The “important” label looks like a sideways chevron, as you’ll probably recognize from Gmail.

If you open the settings section, you’ll be greeted with an expanded UI that includes controls for notification Bubbles, lock screen content management, plus more on top. Should you select a conversation as important, it will be shown at the top of your notification shade in the most prominent position ahead of other messages from that particular app, which we’re sure is especially useful for messages from loved ones and friends.

To download the latest Android 11 Developer Preview on your Pixel device, you can follow our handy guide. You’ll need to grab the latest OTA file, though, first.