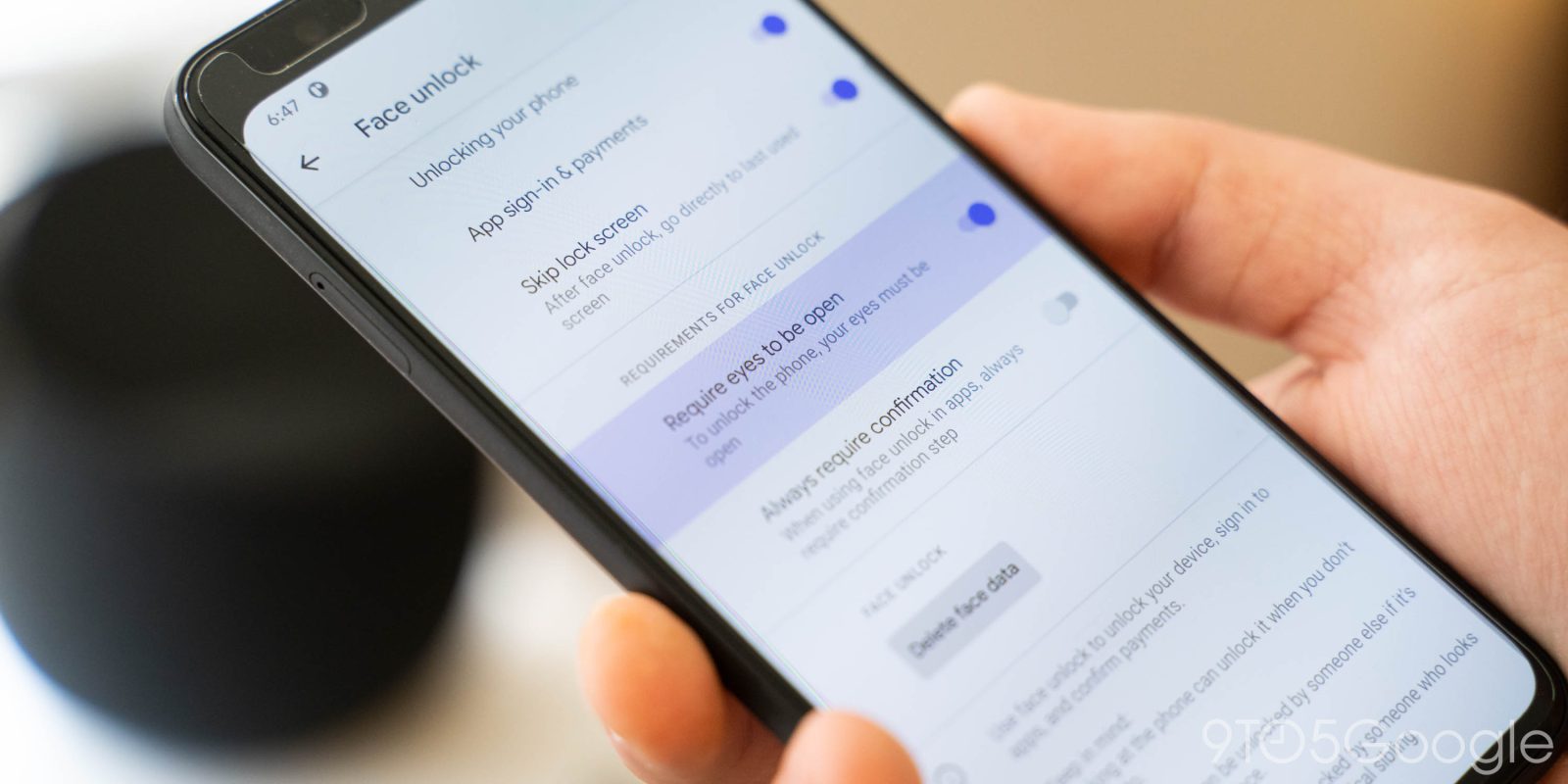 Easily 6 months later than it should have, Google has finally added a much-needed security feature to the Pixel 4. With Android 11’s second developer preview, the “require eyes to be open” feature for Pixel 4’s face unlock is now live.

If you’ll recall back when the Pixel 4 launched, there was a fair bit of controversy surrounding the device’s Face Unlock system because it could be used even if the user’s eyes were closed. This was clearly in the pursuit of speed, but it was an oversight to not include it as an option, even if it was turned off by default.

Google later promised to fix this, but several months later it still hasn’t gone live despite appearing for some users very briefly.

Now, with Android 11 DP2, the feature is live! In the Face Unlock settings on a Pixel 4, the feature appears above “Always require confirmation” and we were able to confirm that it does work as intended. When flipped on, the Pixel 4 only unlocks when it detects that your eyes are opened up.

We can only hope that Google won’t wait to bring this already very overdue “eyes open” security feature to Pixel 4 owners on Android 10, but at the very least we now know it’s ready.