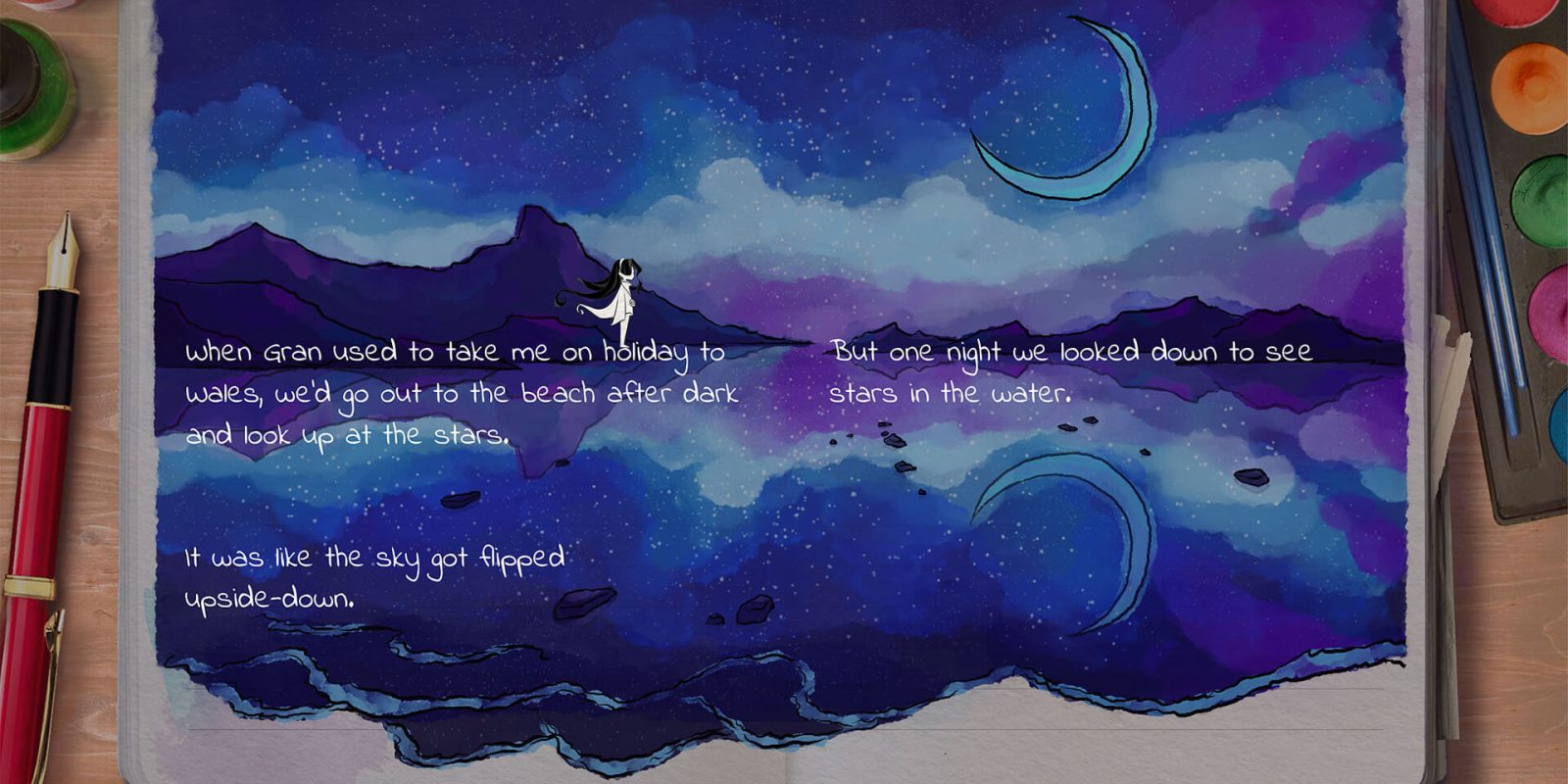 Two weeks ago, Google announced a slate of “First on Stadia” titles. Lost Words: Beyond the Page is now getting a Stadia launch date and exclusive status, while publisher Modus Games also revealed that Rock of Ages 3: Make & Break and Cris Tales is coming to the streaming platform this year.

Update 3/27: Announced one month ago exactly, Lost Words: Beyond the Page is now available on the Stadia Store for $14.99

Lost Words: Beyond the Page is a narrative-driven, atmospheric puzzler set inside the pages of a young girl’s diary. Following an immersive story by renowned games writer Rhianna Pratchett, players guide an aspiring author through the wondrous fantasy world of Estoria, where words wield immense power.

Coming March 27, Lost Words will be a one-year Stadia exclusive. While the platform already has Gylt, Spitlings, and soon Get Packed, this is the first time the exclusivity period has been explicitly specified. It will be available on PlayStation 4, Nintendo Switch, Xbox One, and PC after that.

The “emotive adventure” sees new gameplay footage today that shows off the “lush, surreal vistas buzzing with the magic of childlike wonder.”

Meanwhile, Modus Games — a division of Maximum Games focused on indie development — also announced that it’s bringing over other titles later this year. The games will not be exclusive and “reach Stadia in conjunction with other platforms.”

Rock of Ages 3: Make & Break is competitive tower defense and arcade action rolled up with ACE Team’s quirky, Monty Python-esque humor into one giant, creative game for the ages.

Cris Tales is a gorgeous, indie love letter to classic JRPGs with a new perspective. Peer into the past, act in the present, and watch as your choices dynamically change the future — all on one screen as you play! Beautifully hand-drawn 2D animations bring to life a world where your choices will change both the present and the future across more than 20 hours of gameplay.