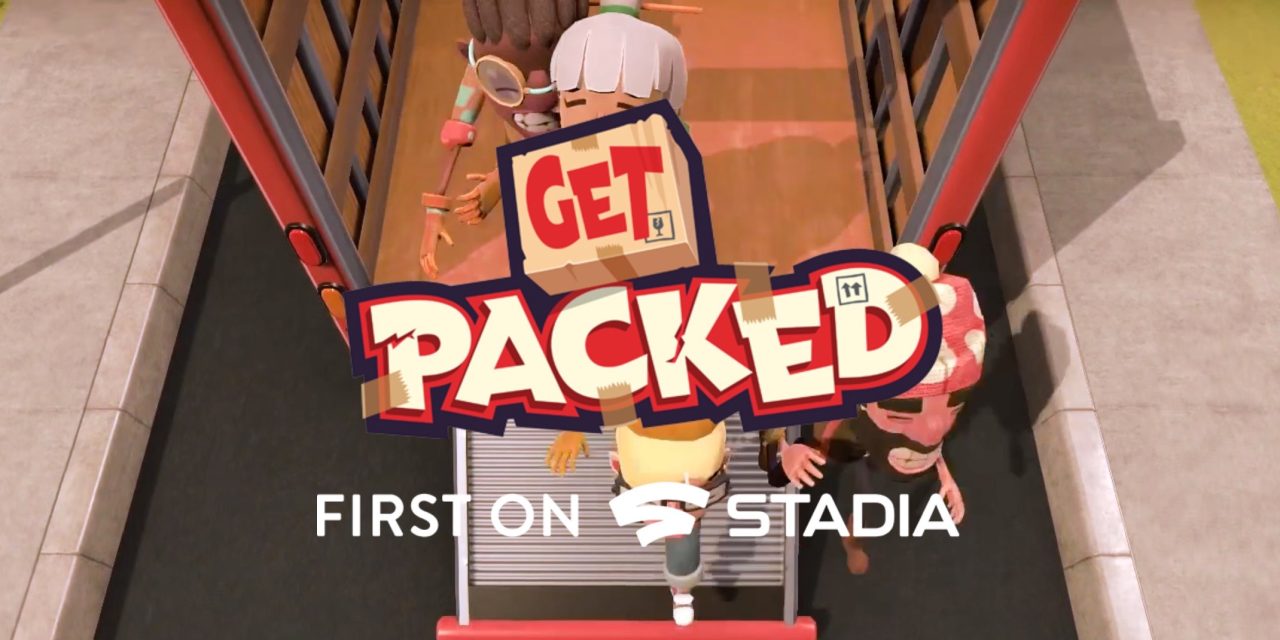 At the inaugural Stadia Connect last June, Get Packed was announced as one of the platform’s first exclusives. Officially coming early 2020, Moonshine Studios this week launched a Get Packed giveaway that nets three winners a Stadia Premiere Edition bundle and free copy of the game.

This Get Packed Stadia Competition comes ahead of the “upcoming launch” and is billed as a chance to “be the first to know when Get Packed is live and ready to play.” Signing up for the studio’s newsletter makes you eligible to win one of three bundles.

The Stadia Premiere Edition includes the standard Clearly White Stadia Controller, Chromecast Ultra, and three months of Stadia Pro. In addition to the $129 bundle, you also get a copy of Get Packed, with Moonshine opening up the contest to those in the US, UK, Canada, Ireland, Italy, Germany, Belgium, Norway, Sweden, Finland, Denmark, The Netherlands, or Spain.

The game is billed as a “First on Stadia,” similar to the timed exclusive that is Gylt, which is currently free to claim for Stadia Pro members. It’s described as a “manic couch co-op party game full of physics-based carnage for up to four players where you play as the employees of a calamitous removals company.”

Get Packed’s Stadia giveaway runs until March 30, with winners selected the week after.

To celebrate the upcoming launch of Get Packed, we're giving away…
🎮 3 Stadia Premiere Editions
🔑 3 months of Stadia Pro
📦 A copy of Get Packed
Click here to enter: https://t.co/9C8utcrkZO