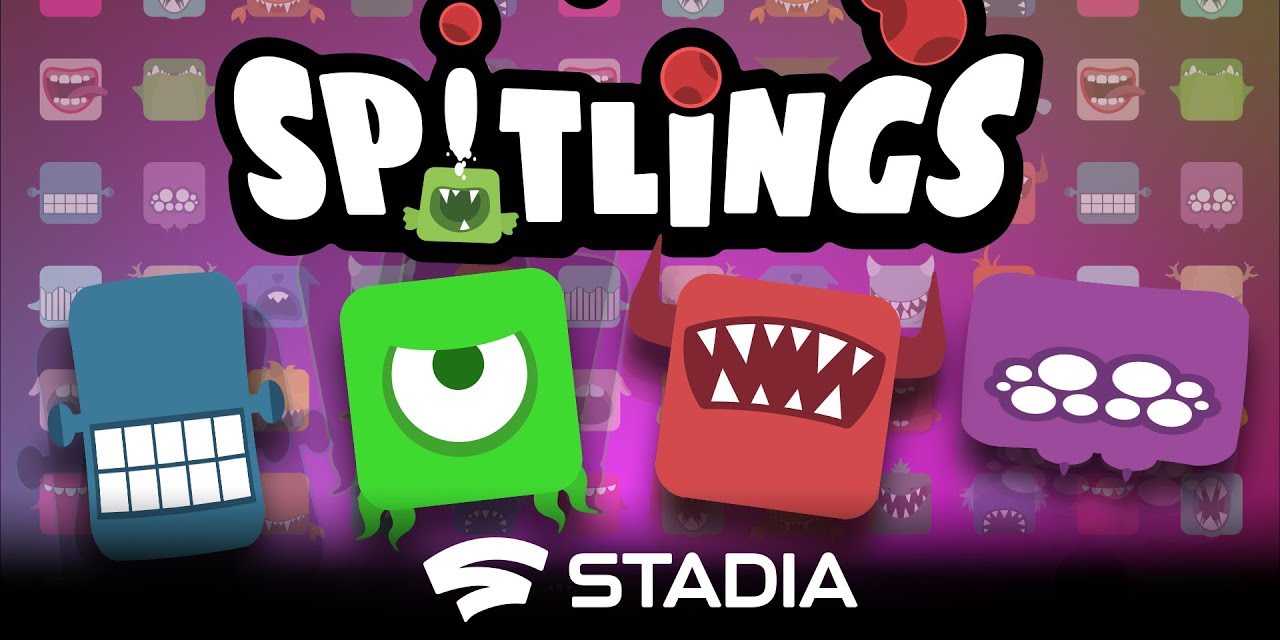 Google’s streaming platform launched one week ago with 22 titles and the promise of a few more by year’s end. The latest announced game for Stadia is a timed-exclusive called Spitlings.

Update 2/21: Google announced today that Spitlings is launching on Tuesday, February 25th. Just last week, it was detailed again as part of the “First on Stadia” slate. Developer Massive Miniteam teases that “great new mechanics and features” are already in in the works after next week’s launch.

Update 2/25: Spitlings is available for $14.99 today. It launched alongside the reveal of March’s Stadia Pro titles.

Original 11/26/19: Developed by Massive Miniteam and published by HandyGames, what this game is about is right in its name:

You take control of a Spitling, a charming rectangular creature with teeth it can spit and use to jump! The goal of the game is to clear each level of all bubbles, by popping them with your spit.

This co-op multiplayer can be played solo or with up to four players. It’s touted as being “made to be played with friends,” and the first title from this studio.

Over a hundred levels to start with will make sure, you never run out of challenges. Keep playing to unlock new music tracks, new characters to play with and new visual themes for certain levels. The multiplayer is cooperative to the full extent: If one player fails, everyone has to restart the level. Prepare for a lot of shouting.

Launching in 2020, Spitlings is Stadia’s latest timed-exclusive after Gylt, as well as Get Packed and Orcs Must Die sometime next year. Following the Google launch, it will come to PC, Sony PlayStation 4, Microsoft Xbox, and Nintendo Switch. Meanwhile, at least four other games are coming to Stadia by year’s end: Borderlands 3, Dragon Ball Xenoverse 2, Darksiders Genesis, and Tom Clancy’s Ghost Recon Breakpoint.

Spitlings ultimately looks to be another family-friendly and casual game for the platform alongside Just Dance 2020 and Kine, and one that leverages co-op capabilities. Google has not announced pricing yet or the precise launch date.