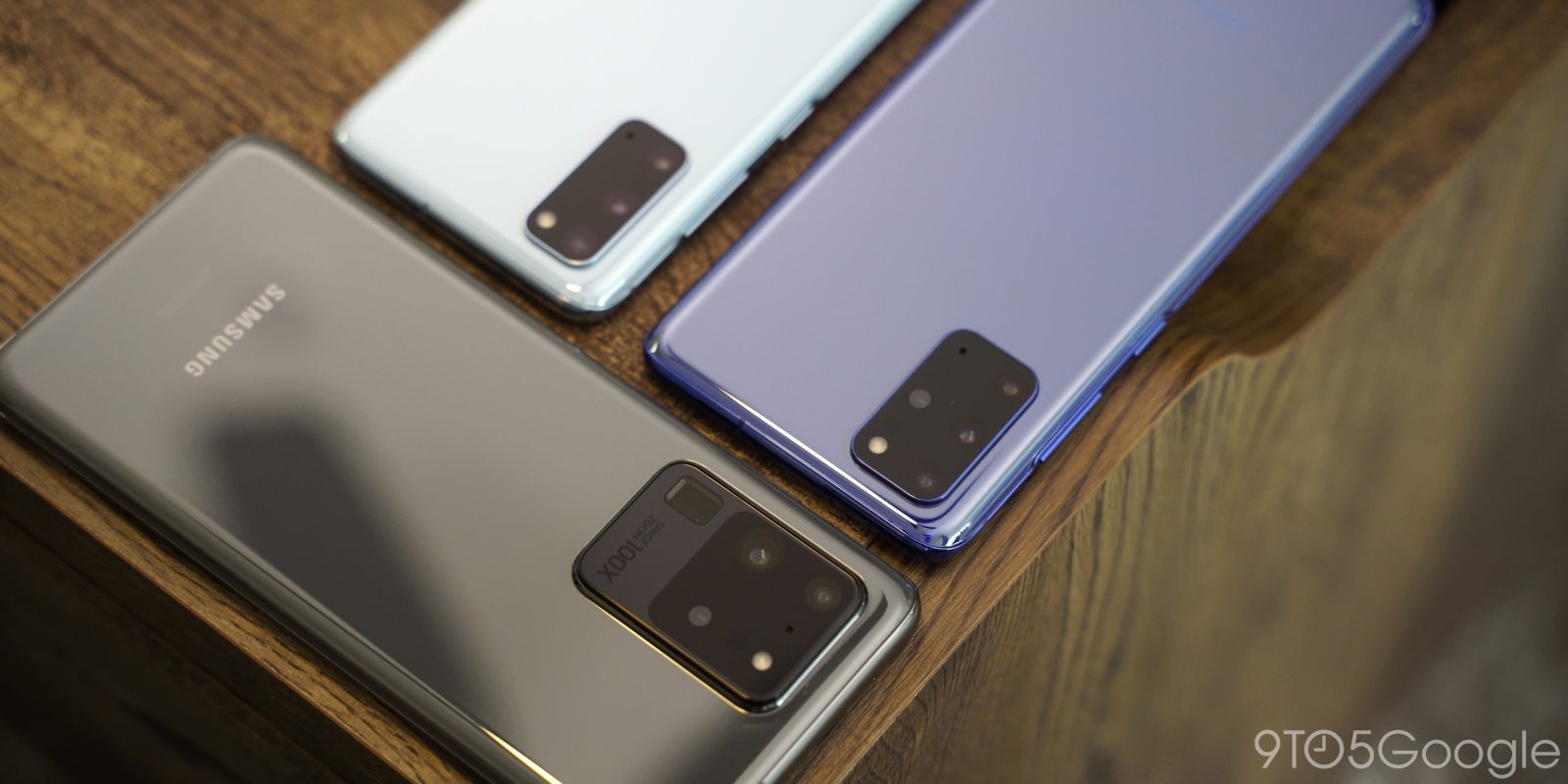 Smartphones have gotten really expensive, and that’s become very evident with the latest Samsung Galaxy flagships. The Galaxy S20 series starts at $999 and just goes up from there. Now, Samsung is offering to “buy back” Galaxy S20 models for half of the original cost up to two years later.

Samsung’s new “buy-back” program, first spotted by Droid-Life, isn’t a trade-in offer. Rather, this is a way for Galaxy S20 buyers to get actual money back on their purchase up to two years after they’ve bought it.

This is a big deal for Samsung’s phones since one of the biggest criticisms about Galaxy devices — and all Android devices, frankly — is that they don’t hold their value over time. In fact, one study found that Galaxy phones lose as much as 60% of their value within just nine months. The evidence is pretty cut-and-dry, too. Looking at Swappa, a mint condition Galaxy S20 can be had for as little as $620 right now, nearly $400 off the original cost! A Galaxy Note 10+, too, can be had for under $600 just a few months after it released.

With this new program, Samsung buyers can rest assured that their purchase will retain at least 50% of its value for up to two years even if they decide to switch to another device. A Galaxy S20 gets $499 back, S20+ $599, and S20 Ultra $699. 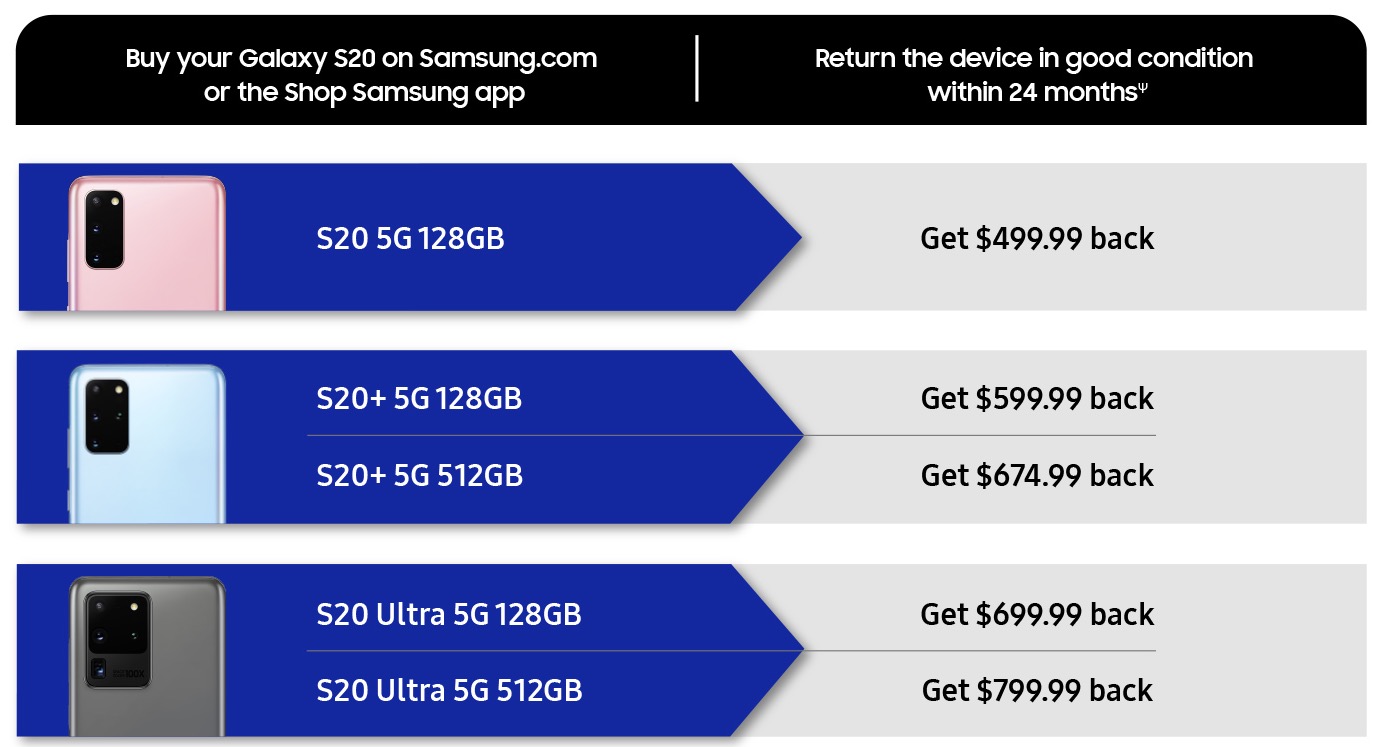 What’s the catch? There are a few conditions with the offer. Of course, your phone has to be in good shape. It has to turn on with a functioning display, no cracks or breaks, a minimal number of scratches or dents, no water damage, no blacklisting, no Google Factory Reset protection, and so on. The other big catch is that you have to buy the device through Samsung.com directly. Carrier or retailer purchases (Verizon, T-Mobile, Best Buy, etc.) are not eligible. You’ll have to manually opt in to the program at checkout, too.

Still, this “buy-back” promo is a great offer for potential Galaxy S20 buyers. Plus, Samsung will still let you participate even if you want to do a trade-in when you buy an S20 in the first place. (Note: Samsung’s “enhanced” trade-in is not available with the buy back program. Rather, only the “everyday” trade-in value.)

This program is live now on Samsung.com if you want to purchase a Galaxy S20 today.