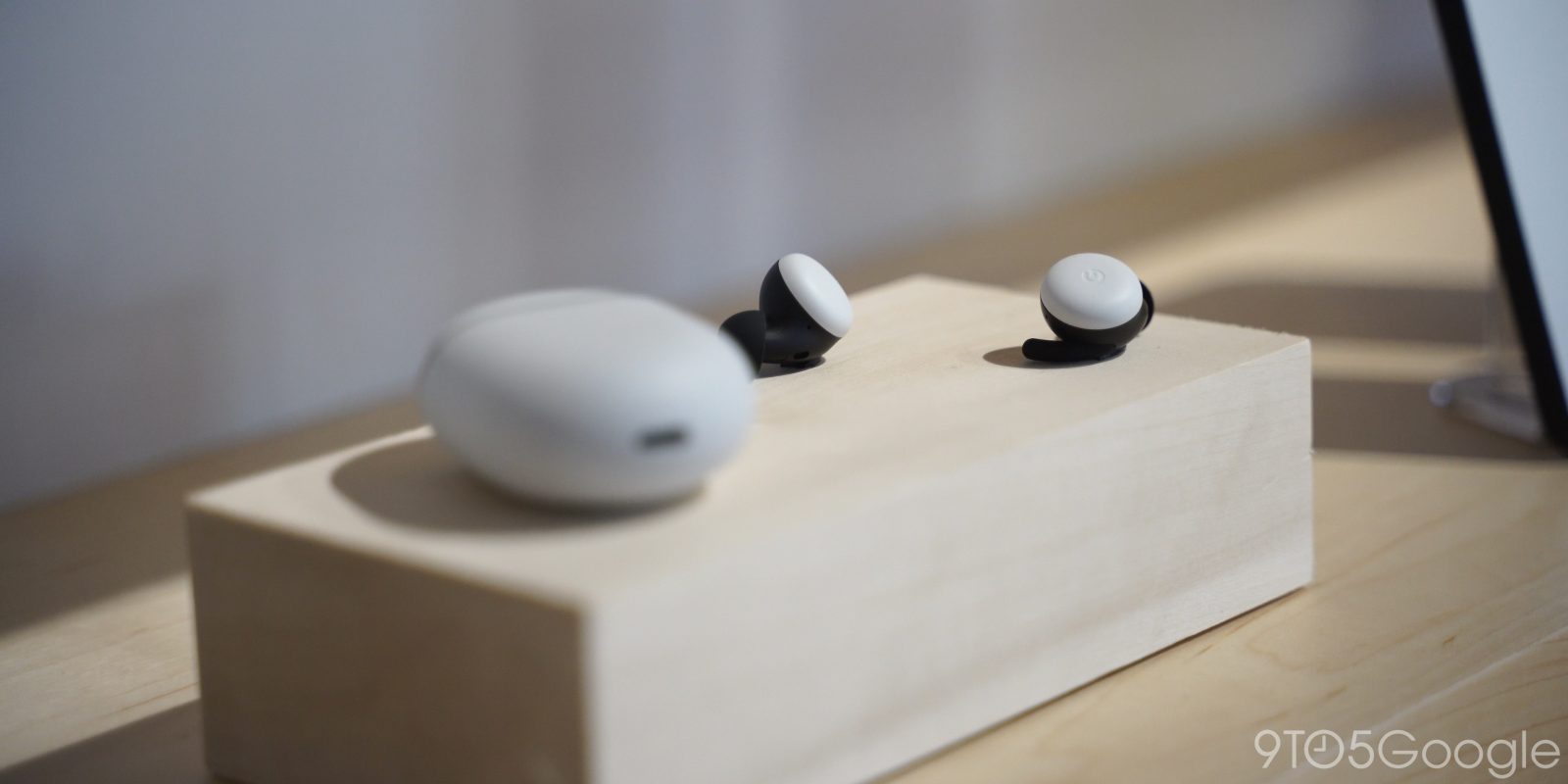 In mid-February, B&H Photo briefly put up Made by Google’s highly-awaited wireless headphones for pre-order. Some more store listings for the Google Pixel Buds headphones have now emerged.

The first listing (via Reddit) for the “Google Pixel Buds 2 Orange True Wireless Headphones” is from Chicago-based Abt. It’s identified as a “New Item- Available For Pre-Ordering” at $179, though no shipping date is provided. All four colors are offered:

Ad copy is identical to the Google Store, while there’s another listing from New Jersey retailer Buydig. Specifications are listed on the latter site, but they appear to reference the 2017 model. 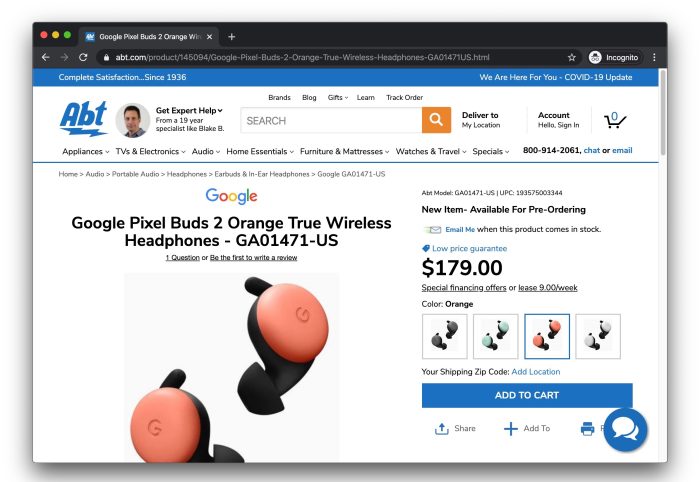 The Made by Google headphones feature custom-designed 12mm dynamic speaker drivers and “Adaptive Sound” to adjust volume based on the surrounding environment. You can manually tweak by swiping on the touch-sensitive surface and tap to play/pause, while “Hey Google” is also available.

Google added a “spatial vent” that “reduces that plugged-ear feeling,” with the earbuds sweat/water resistant. There are two microphones for sound suppression with a voice accelerometer to “detect speech through the vibrations of your jawbone.”

Last October, Google only provided a spring estimate and noted availability “at the Google Store and other large retailers.” The Pixel Buds passed through the Bluetooth SIG in January, while wireless charging and FCC certification arrived last month.

With I/O 2020 canceled, there is no longer an obvious venue for Google to launch the Pixel Buds. It’s increasingly likely that they will just be announced via blog post.