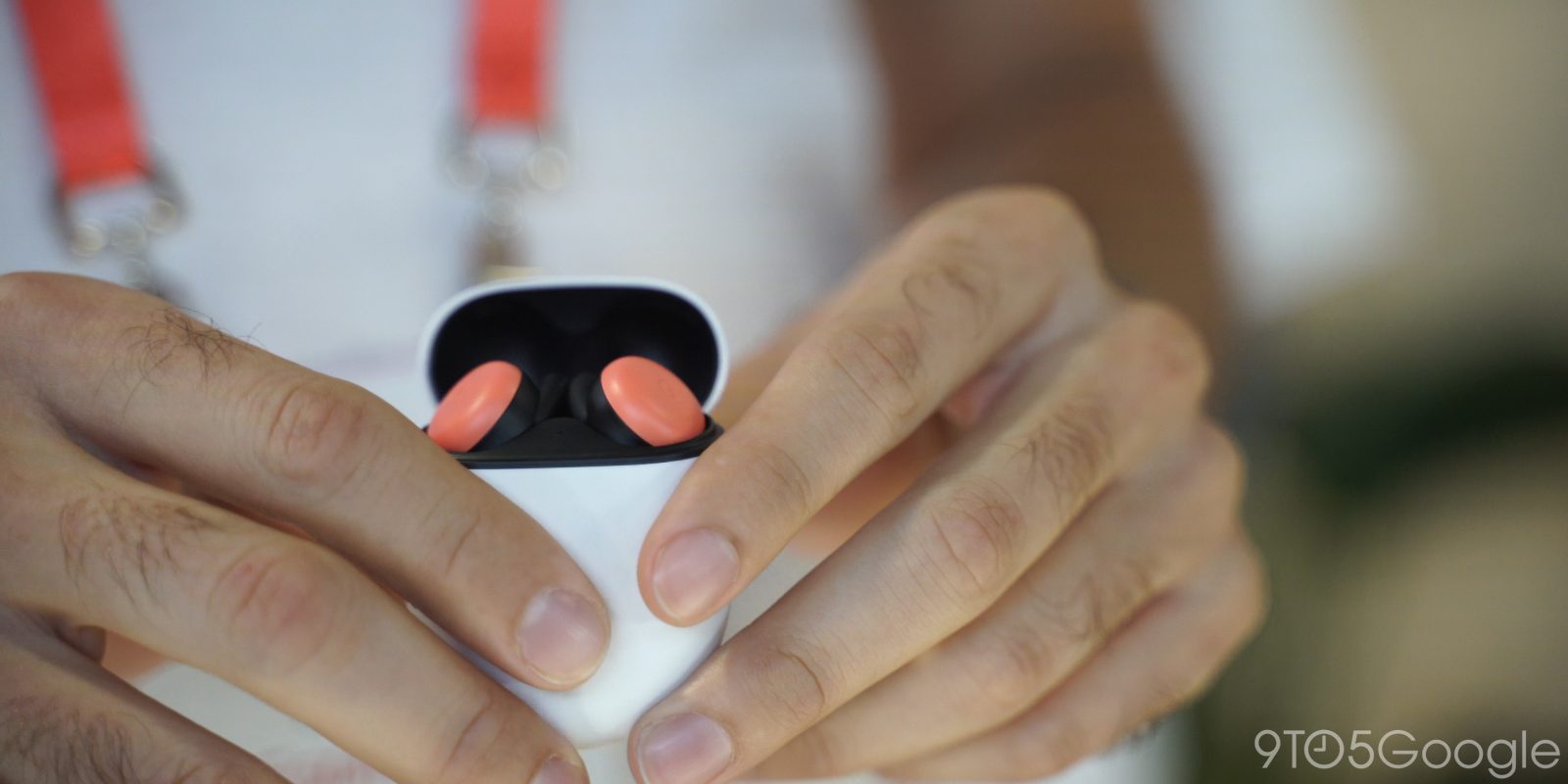 With the start of spring last week, we’ve officially entered the launch period for Made by Google’s new headphones. The second generation Google Pixel Buds passed through the FCC today ahead of expected retail availability.

Two listings — G1007 and G1008 — appeared at the US regulatory agency. These model numbers could correspond to the left and right earbuds, or the earbuds jointly and the charging case separately. Both are rated with the same Bluetooth frequencies, though it’s possible that the case could communicate directly with a paired phone.

Google notes how the “devices are too small to accommodate the FCC ID” and therefore that information is just included on packaging and the user manual. Testing started in August and was completed November-December. Google submitted its confidentiality request on December 17, 2019.

All products must pass through the FCC before they are released to the public in the US, while we saw them at the Bluetooth SIG in January and wireless charging certification was granted in March.

Back in October, Google only noted availability in Spring 2020. Before the in-person and digital Google I/O was canceled due to the ongoing COVID-19 pandemic, the developer conference was the most likely venue for a launch. It’s now likely that Google will just make them available with a blog post.

They are an improvement on the first generation in every way. Besides being truly wireless, the case is sleek and pocketable with wireless charging in addition to USB-C. Battery life is rated at five hours of listening time on a single charge and 24 hours in the case.

The new Pixel Buds feature custom-designed 12mm dynamic speaker drivers and “Adaptive Sound” to adjust volume to your surroundings. You can adjust sound by swiping on the touch-sensitive surface and tap to play/pause, while the Hey Google hotword is available for everything else. Google added a “spatial vent” that “reduces that plugged-ear feeling” and preserves your surroundings.

There are two microphones for sound suppression with a voice accelerometer to “detect speech through the vibrations of your jawbone.” They are sweat/water resistant, and available in Oh So Orange, Clearly White, Quite Mint, and Almost Black. The Google Store has a waitlist while one retailer last month listed them on pre-order but quickly removed the listing.

Be sure to read our hands-on impressions from Made by Google 2019.