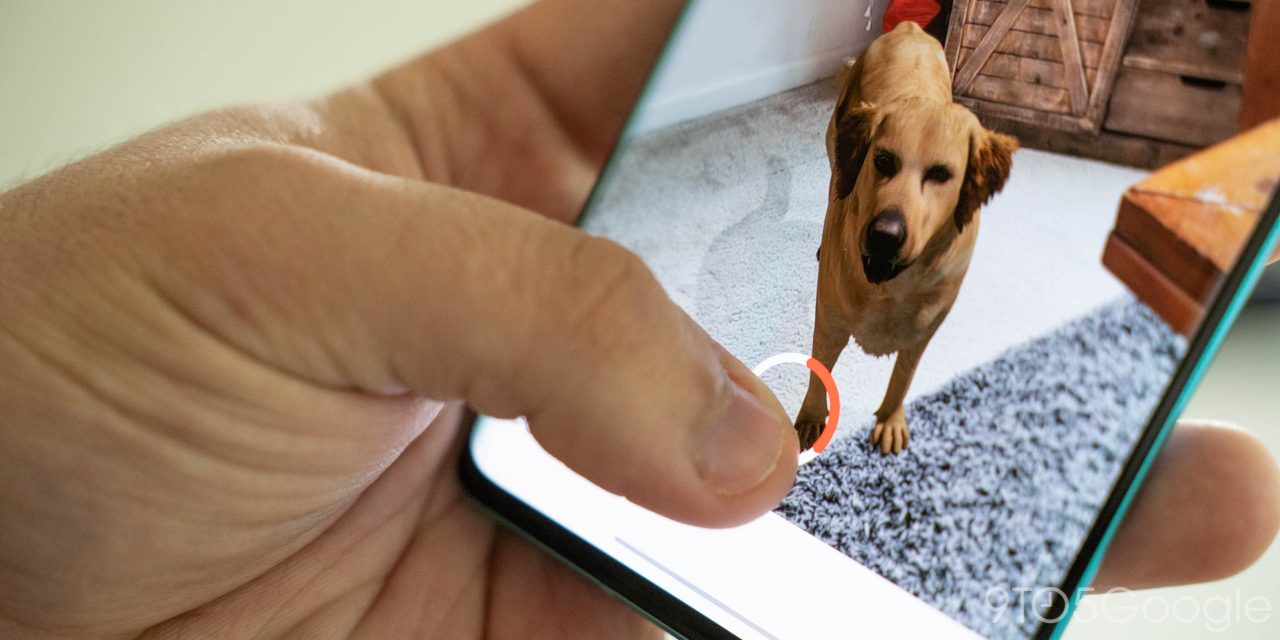 How to use Google’s 3D animals ‘in your space’

First things first, let’s talk about how to get Google’s 3D animals working on your device. As we’ve covered previously, this functionality only works on smartphones and tablets, not traditional computers. To access them, you’ll need to search for an animal or supported object such as “Tiger,” “Shark,” “Golden Retriever,” or others. Here’s a full list.

After you search for one of these terms on Google Search, a “Knowledge Panel” shows pictures, handy links, and information about the animal. In the middle, there’s a 3D model with a button to “View in 3D.” Clicking that opens the 3D animal on an interactive screen where you can hear the noises it makes and see it from all angles. On supported devices, “View in your space” appears underneath.

As seen in the third screenshot above, this option will give you a view of the animal in your home or wherever you are. Towards the bottom, too, there’s a multifunction button which allows you to take pictures and record videos with Google’s 3D animals.

In the past few days, Google has added the ability to record videos easily with its 3D animals. However, this process varies just a little bit depending on if you’re using an Android smartphone or one of Apple’s iPhones. Here’s a breakdown.

On Android, you’ll first need a supported device. We’ve got a full, continually updated list of every Android phone that supports Google’s 3D animals. If you have one of those devices, follow the steps outlined above to start viewing a 3D animal of your choice in your space.

After you’re viewing a 3D animal in your space, you’ll see a circle at the bottom of the screen. A quick tap on that button will take a snapshot of the 3D animal through your camera with its surroundings. Beyond that, you can also record a video. On Android, recording that video involves just long-pressing that button for as long as you want the recording to go on. This can be seen in action below.

Once you’ve taken a picture or recorded a video, an icon will appear next to the camera button which allows you to play that video back. It will also automatically be saved to your gallery where you’ll be able to share it to social media.

On iPhone, the process is pretty much the same! There’s a camera button to take pictures and long-pressing it takes a video. As mentioned, though, it visually looks a bit different from Android, so here’s a quick look at the functionality in action. Notably, one difference is that the camera button on iOS can time out, so you may need to tap the screen before it fully appears.

As with Android, taking a video with Google’s 3D animals on an iPhone will save the clip to your camera roll, meaning you can share it on social media or save it to keep the memory.

Got any questions on Google’s 3D animals? Check out our full coverage here.