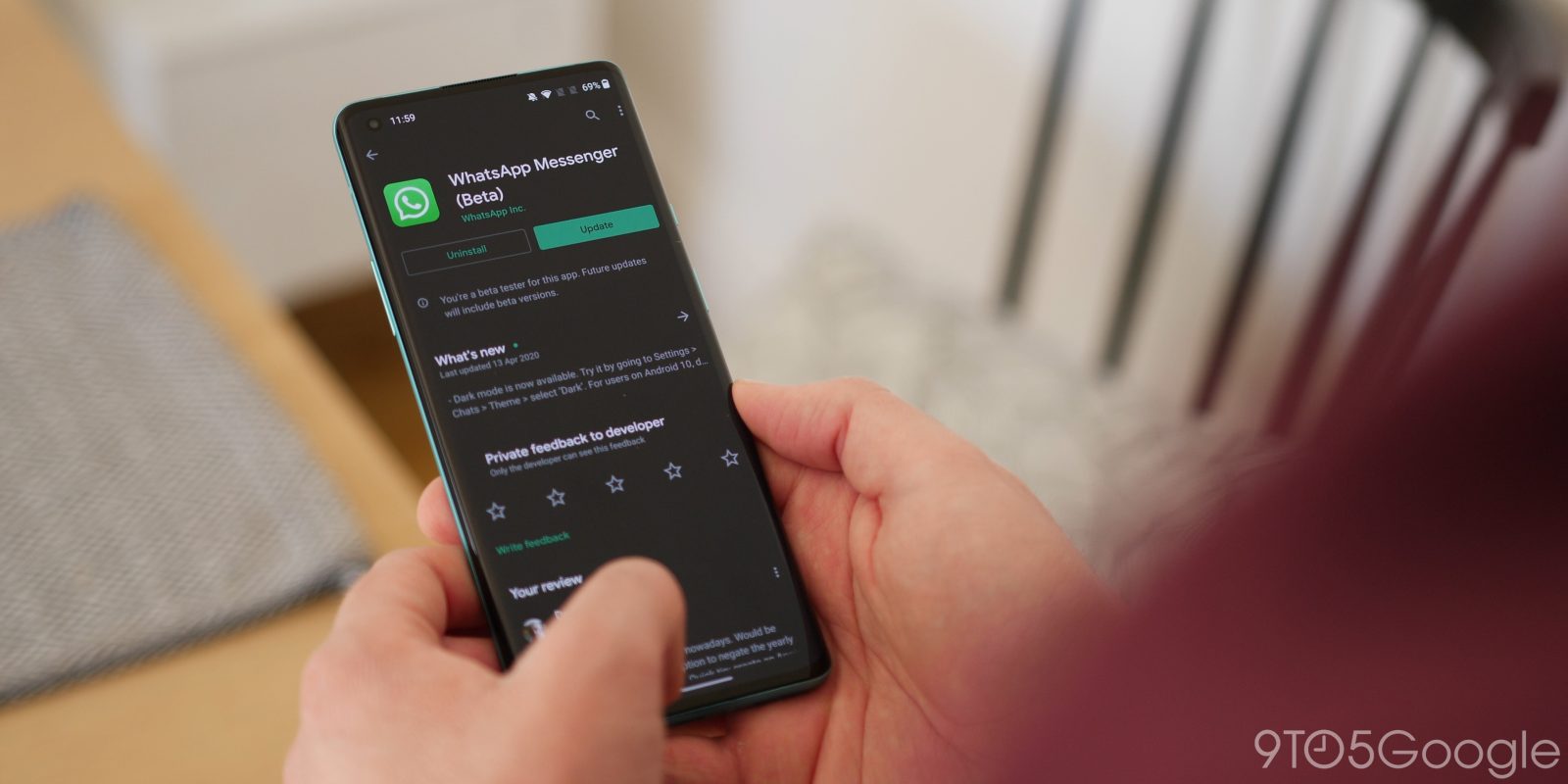 The latest WhatsApp beta update hints that the Facebook-owned firm is set to increase the limits for audio and video group calling to allow more participants.

According to digging by the WhatsApp experts, WABetaInfo, the latest v2.2.128 build drops major hints that we’ll see increased limits for video and audio calling in a future build. This comes at a perfect time for the 2 billion monthly users of the messaging platform, as the COVID-19 has seen many nations essentially lockdown and come to a standstill in a bid to curb the spread of the illness.

[Update 04/29]: The increased caller limit has now officially been confirmed as rolling out for stable WhatsApp builds on Android and iOS. If you have the messenger installed on your device, you can now initiate a caller with up to 8 participants with full end-to-end encryption. This doubles the previous 4 person limit, making it much easier to stay in touch with more than just your immediate friends and family during this difficult isolation period.

It’s worth noting that everyone will need the latest WhatsApp app update to join these larger group calls. Now might be the time to go and check if you have an app update available on the Google Play Store.

The same privacy you expect from a face-to-face conversation (remember them?) now with up to 8 people. End-to-end encrypted. Update your WhatsApp to try it out. pic.twitter.com/xZUX60mysD

[Update 04/21]: Thanks to the latest WhatsApp beta update and digging by the guys over at WABetaInfo, the new group calling limit looks to have been increased from 4 to 8. That might not match Google Hangouts or even Facebook Messenger, but it’s a solid increase. It’s also worth noting that the limits have not yet been increased. WABetaInfo has simply found a new UI in the 2.20.133 beta build for adding up to 8 concurrent callers in a group call. 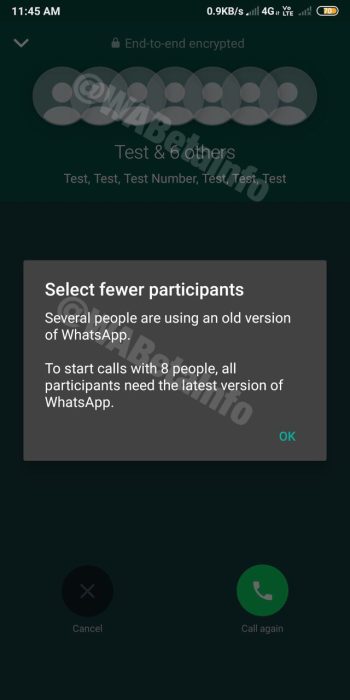 Let’s hope that we get the option on the stable build soon, as it will be really helpful as the COVID-19 coronavirus lockdowns continue across the globe.

With more people using WhatsApp to take and make group calls with friends and family, having an increased limit will be a massive bonus addition to the already solid app experience. The current limit for group calling on WhatsApp is four concurrent participants.

This increased limit will only be available if all callers are using the update according to the code strings, meaning that you’ll have to ensure all participants keep their app updated regularly. Unfortunately, WABetaInfo was unable to specify the new limit, but any increase at this stage is definitely welcome.

Not only are we expecting group calling limits to be increased, but WhatsApp is also working on a new call header within the app. This is already rolling out with the v2.20.129 update for Android but has already been available since the v2.20.50.23 on iOS. The header notifies you that your calls are end-to-end encrypted during your calls.