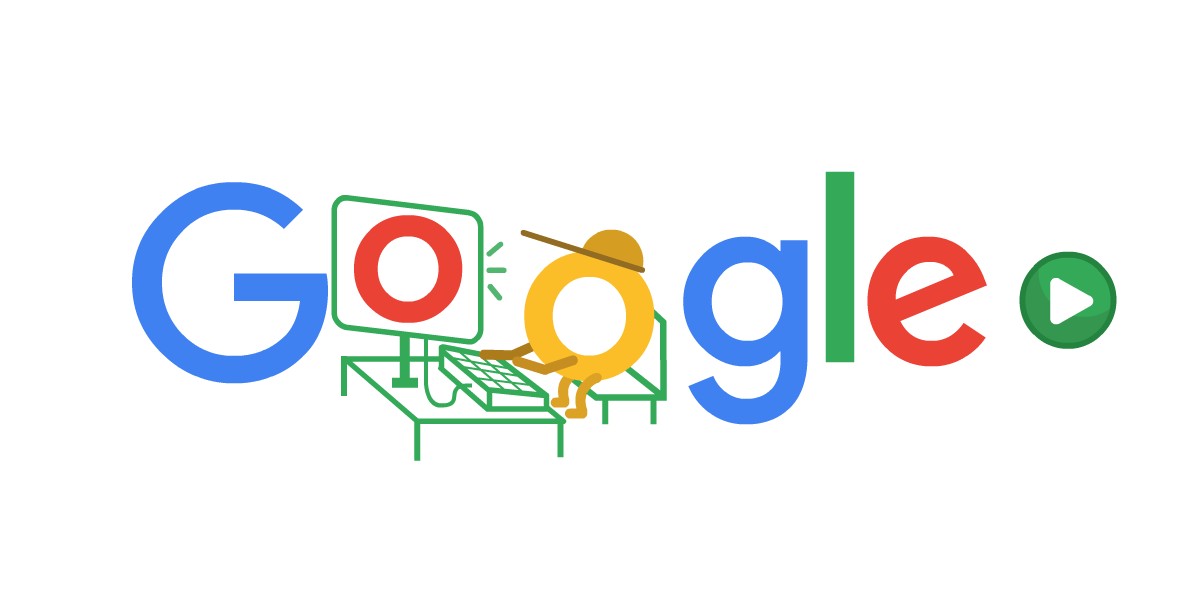 Right now, so many of us around the world are stuck at home, eager for a way to fill the time. For two weeks, Google is going to do its part to help cure your boredom by showcasing a popular game from a past Doodle every day.

Over the years, Google has featured an impressive number of games and minigames on its homepage, all of which have been carefully preserved and archived on the Google Doodle Blog. Starting April 27 and running for two weeks, Google is launching a new series of ten Doodles, each one a callback to one of the company’s popular games.

As COVID-19 continues to impact communities around the world, people and families everywhere are spending more time at home. In light of this, we’re launching a throwback Doodle series looking back at some of our popular interactive Google Doodle games!

April 27: The first day’s featured popular Google Doodle game, “Coding for Carrots,” dates back to 2017, and originally celebrated the 50th anniversary of Logo, the first-ever programming language designed for use by children. In the game, you’ll create simple combinations of commands that will tell your rabbit how to collect the carrots on each level. If you or your children are particularly interested in today’s throwback Doodle, consider introducing them to Scratch, a kid-oriented programming language that the game is loosely based on.

April 28: For day two, we’re going to be treated to a Doodle that celebrated the ICC Championships Trophy 2017 by letting you play cricket as a cricket. Speaking from a few minutes of experience, this game is ridiculously fun and I can see why it’s one of Google’s most popular, despite never being shown in the US. The experience is reminiscent of home run derby mode in Wii Sports.

Can you beat my score?

April 29: Day three brings us something that is less of a game and more of an experience. Celebrating the 117th birthday of Oskar Fischinger, this Doodle gives you a simple and fun way to create music with incredible accompanying visuals. There’s quite a few settings to tweak and play with to create the sounds you’re looking for, making for something you can spend many, many hours enjoying and mastering.

April 30: Where the previous Google Doodle offered in-depth controls to help create your unique sounds, day four’s popular game offers a chance to easily play a song on a signature instrument from the 1930s, Clara Rockwell’s theremin. By moving your mouse or finger over the notes, you can perform your own masterpiece on the theremin, which was a precursor to today’s electronic instruments. Once you get the hang of it, be sure to click the gear button to find some more controls for the instrument’s sound.

May 1: Breaking away from the music themed Google Doodles, Friday’s throwback brings us an absolutely fantastic game in the ever popular genre of catapult games. Originally celebrating garden gnomes for Garden Day 2018 (a German holiday), this game is an absolute blast that lets you use a trebuchet to fling a gnome hundreds of meters, bouncing on clouds, mushrooms, and logs along the way.

May 4: The cycle of popular doodle games has begun again, with Google bringing a simple game celebrating Wilbur Scoville, the namesake for the Scoville Scale that measures how hot a pepper is. In the game, you play as a trio of ice cream scoops fighting back against various peppers, each getting progressively hotter. Can you beat all the levels and earn the “Hottest” ranking?

May 5: As many of us are unable to celebrate Cinco de Mayo the way that we would like to, Google is helping to celebrate Mexican culture today by reviving their Lotería doodle. One of my personal favorites, Lotería is a game of chance similar to bingo, that uses cards instead of numbers and beans as markers. What makes this game particularly special is that you’re automatically matched up against other players online or you can send a link to friends and play with just them.

May 6: As we get closer to the end of the two-week series, Google is bringing out the big guns by returning to one of their all-time best and most popular Doodle games. Originally featured for Halloween 2016, “Magic Cat Academy” sees you play Momo, an apprentice spellcaster tasked with defeating an army of ghosts that seek to destroy your school. To play, simply swipe the symbols above each ghost’s head to cast spells to defeat them.

May 7: For this Thursday, Google is throwing it back to 2017 again, when they celebrated the 44th anniversary of the birth of hip hop. Take over a dual-deck turntable and drop some sick jams from some of the most iconic tracks and breaks in hip hop history, along with some beats provided by Google.

May 8: Google is closing out what has been a fantastic two weeks of games with one of their all-time most popular Doodles. Just shy of ten years ago, Google replaced their homepage logo with a custom built version of PAC-MAN to celebrate the game’s 30th anniversary. To get started, click “Insert Coin” — by itself a throwback to playing classic games in an arcade — then use your arrow keys or swipe your finger to control PAC-MAN on a custom board in the shape of the word Google.

As for why Google is staggering the games out over the two week period, you may remember that some of the best and most popular Doodles in the last few years have actually had multiplayer support. For example, last year’s Google Doodle in celebration of the Mexican bingo-like game Lotería allowed you to compete either with just your friends or with random players online. By staggering them out, Google can ensure each day’s focused game has a variety of players.

Combined with the recent decisions to make Stadia free for two months and feature Stadia on the Google.com homepage, it’s clear that Google believes that promoting gaming is one of the most effective ways to encourage people to “Stay Home. Save Lives.”

What past popular Google Doodle game would you like to see featured on the homepage? Let us know down in the comments.