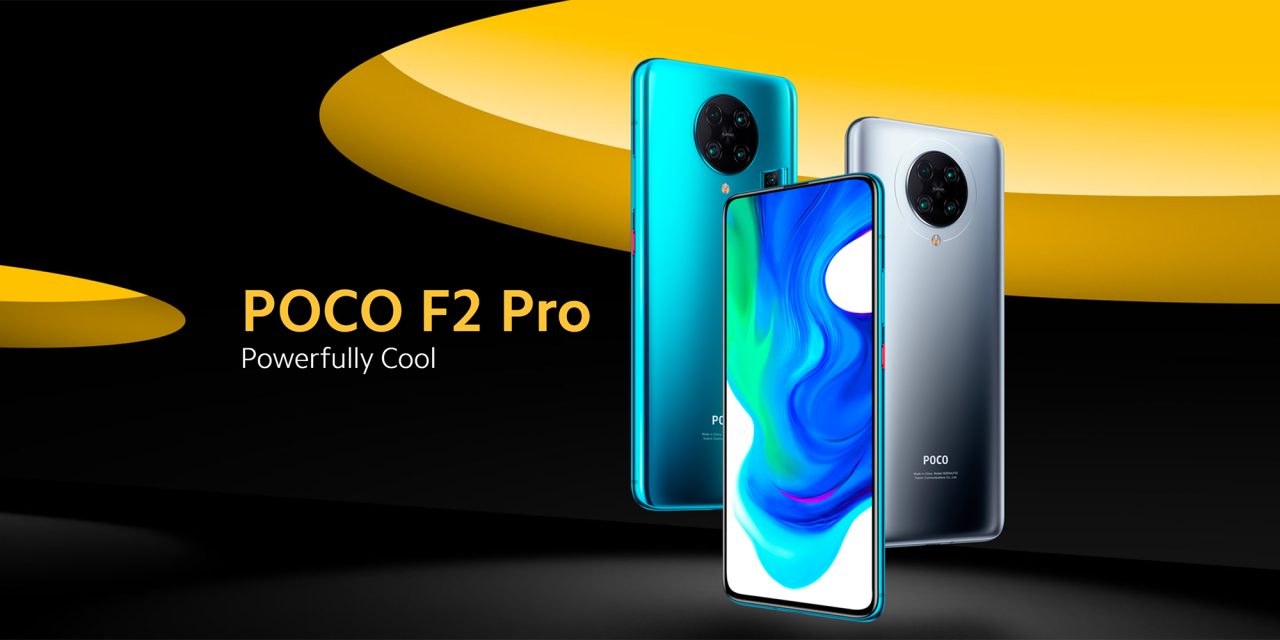 Not quite so hot on the heels of the trailblazing Poco F1, the Xiaomi offshoot has now officially unveiled the follow-up Poco F2 Pro with some impressive specifications at a knockdown price.

If the Poco F2 Pro strikes you as looking familiar, that is because it shares many design traits with the Xiaomi Redmi K30 Pro that was launched in China. This device looks more than just a simple rebrand though, mainly as the pricing seems very competitive for those of us here in the west.

Starting with the specifications, the Poco F2 Pro picks right up where the original F1 left off. That means a top-tier Qualcomm Snapdragon 865 chipset is at the very heart of this device – and includes 5G connectivity thanks to the X55 modem. That is joined by 6 or 8GB of RAM, and 128 or 256GB of internal storage.

However, it’s worth noting that the 6GB/128GB model comes with UFS 3.0 storage and LPDDR4X RAM. The 8GB/256GB model comes with LPDDR5 RAM and UFS 3.1 storage. The budget flagship also comes with a sizeable 4,700mAh battery that can be topped up with the included 30W fast charger. Like the original Poco F1, wireless charging is absent here too.

Measuring in at 6.67-inches, the FHD+ AMOLED looks a big step up over the somewhat poor display on the previous model. It is capped at 60Hz though, but instead of having a display cut-out, the Poco F2 Pro comes with a 20-megapixel pop-up selfie camera.

One area that appears to have had some serious on-paper improvements is the camera setup. The F2 Pro comes with a quad-camera array with a 64-megapixel Sony IMX686 sensor, 2-megapixel depth sensor, 13-megapixel ultra-wide-angle lens, and 5-megapixel macro camera all combining to give you plenty of photographic options. Thanks to the inclusion of the Snapdragon 865 chipset and large sensor, you will be able to capture video at up to 8K 30fps, with 4K 60fps support also included.

Like most devices at this point of 2020, the Poco F2 Pro will ship with Android 10, although with the Poco Launcher 2.0 installed atop. The launcher has had some serious tweaks since shipping with the Poco F1 back in 2018, making it a much more pleasant experience.

Other notable additions include a Widevine L1 certification, in-display fingerprint scanner, headphone port, and even an IR blaster. The base model of the Poco F2 Pro starts at just €499 (or ~$550), while the top tier model will cost just €599 or (~$650) making this arguably one of the cheapest Android smartphones to come with the Snapdragon 865 chipset. It will be available in four colors: Neon Blue, Phantom Blue, Electric Purple, and Cyber Gray.