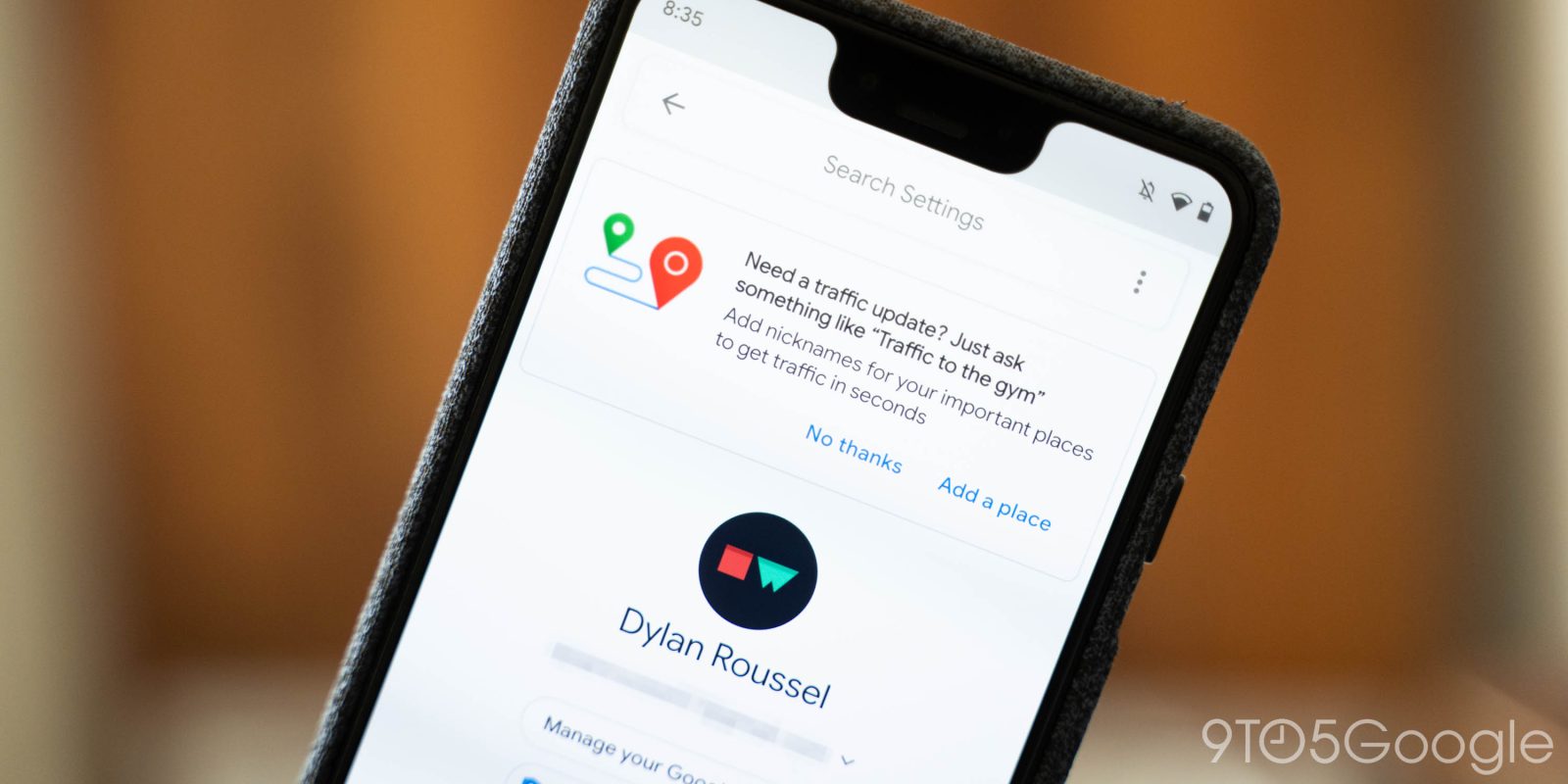 Since February, we’ve been tracking a redesign of Google Assistant settings on Android that greatly simplifies how to manage the sprawling, cross-device service. It’s now in testing for some users on the latest Google app beta.

Update 4/8: The new Assistant settings can be accessed on Android via the Google app or Home client. Once launched, users are presented with an interface that’s similar to Settings on Android 10.

There is a full-width bar to “Search settings” up top that interestingly queries all device/system preferences. Your profile avatar, name, and email address appear below with shortcuts to “Manage your Google Account” and “Your data in the Assistant.”

Options related to Assistant were previously grouped under four tabs. There is now one master list, but Google does highlight five frequent preferences above the dropdown: Routines, Music, Basic info, Languages, and Voice Match. There are also two large cards for You and Devices.

The Devices experience has been completely revamped with each featuring generic imagery of a Smart Display or speaker. Some items that appear in the list are currently unidentified, suggesting this is not fully baked. There is also no “Phone” device that unifies all related commands. That said, all those controls are still available in individual menus, but this could be added back later.

Meanwhile, there’s a View More button below that expands to show all other Assistant settings in alphabetical order. There are some new ones, with “General” housing controls that were previously under Phone, like “Use screen context” and “Donate screen captures.” The same situation applies to “Personal results.”

The revamped Assistant settings for Android are appearing with the latest Google app beta (version 11.4) on some of our devices. However, it’s not yet widely rolled out, even to those on the beta program.

Update 5/21: After receiving the Assistant settings redesign back in April, it disappeared after a few days. Google is testing the revamp again and has made a handful of tweaks.

The devices list has a more compact look that does away with cover images and gains a shortcut to the Google Home app above. There are still phantom entries, while there’s no unified “Phone” device. Elsewhere, the “Personal results” page lists “Other devices” with a glanceable view of what’s on/off.