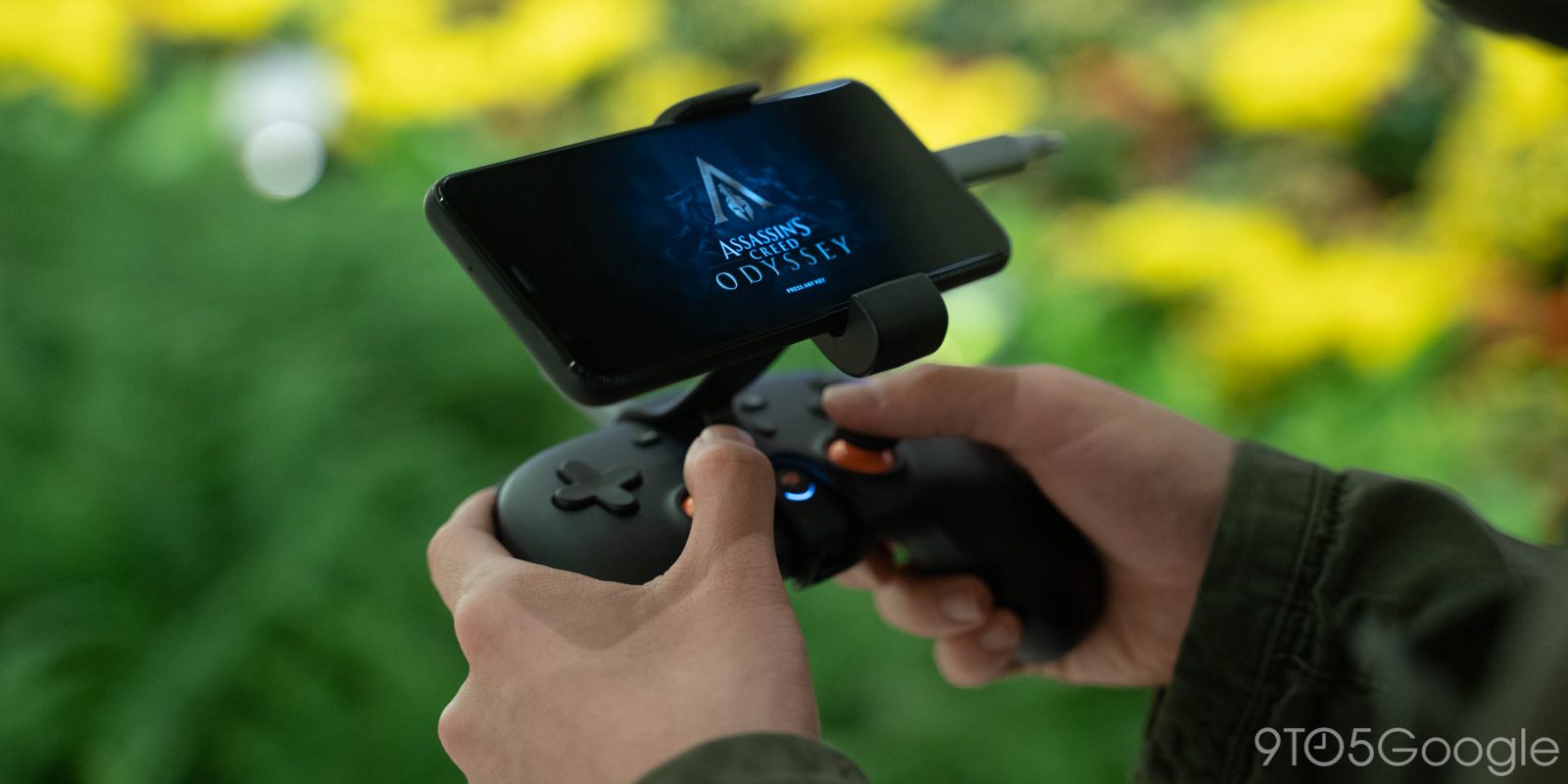 Since launch, Google Stadia has been slowly gaining support for more and more Android phones outside of the Google Pixel series. With the release of Stadia for Android version 2.19, it looks like the service is preparing to allow you to play on phones that haven’t yet been “certified,” alongside other new features.

As a reminder, the Google Stadia app includes a descriptive text explaining the context that each string will appear in, to be used as a translation guide. Down below, you’ll typically see the descriptive text first followed by the actual string seen in the app.

As it is today, you can play Google Stadia directly on your phone from Google’s own Pixel phones, as well as select devices from Samsung, Asus, Razer, and OnePlus. Of course, that still leaves a wealth of devices unsupported by the game streaming service. For those folks who are still left out, it looks Google Stadia appears to be preparing an option to try and play from your phone anyway.

Modal body text describing the user’s current phone not being supported by Stadia for gameplay, but telling them they can opt into a setting with some risk to game playback performance.

Mobile gameplay on this device is in development. Using this feature may affect game performance and can be turned off anytime.

For now, we’re not sure whether the mention of Stadia support on “this device” being “in development” means that this setting will only be available to certain devices. Hopefully that isn’t the case.

Title for user opt-in setting that will enable gameplay support on a device that is not yet certified.

Play on this device

Support for this mobile device is in development. Using this feature may affect game performance.

The option to play Stadia games on a non-certified device will most likely appear in a new “Experiments” page in the app’s settings. We’re not sure right now what other settings will appear on this page, if any.

Not too long ago, we began uncovering signs of Google Stadia preparing an on-screen touch controller as an alternative to using a proper gaming controller while playing on your phone. We now have stronger evidence of this feature arriving soon.

This button text appears in an in-game notification, providing user the option to play the game via on-screen buttons. Character limit is 25

From the description, we can gather that you’ll be offered the chance to try out the touch gamepad, possibly when you launch a game without a controller or your current controller becomes disconnected.

Alternatively, if the game you’re playing has native support for touch controls — for example, Monopoly offers a touch-optimized controls setting — you should be offered the chance to play using just your phone’s touchscreen.

This button text appears in an in-game notification, providing user the option to play the game via the game’s natively supported touch input. Character limit is 25

The best way to get connected with your fellow players on Google Stadia is via parties and their built-in voice chat, neither of which are currently available on Android. Development on the feature is continuing smoothly, with a variety of new references appearing in version 2.19.

Notice that appears on the Party Invite panel if the player is invited to a party which is already full.

This party is full, but you can join later if one of the players leave

Beyond these new strings, we’ve found Google has added a significant amount of new code related to party UI and the underlying functionality.

Right now on Google Stadia, the only way you can play a game is if you’ve purchased it or have claimed it with Stadia Pro. It looks like Stadia is now preparing to let publishers give players limited time access to games through things like demos, trials, and free weekends.

Headline in the Store Details page explaining that the item can be played for free for a limited amount of time.

Play this game free for a limited time

Importantly, some demos may be exclusive to Stadia Pro members.

Content that is for Pro members only (demos, AOC, etc)

Lastly, Stadia version 2.19 has revealed that Google has a significant number of sales planned for the remainder of the year. One of these, branded in the app as “The Summer of Games sale,” could be planned to launch in the coming weeks. There are also references to a number of other common sale windows including back-to-school, Black Friday, and more.

The Summer of Games sale

Back to School sale

End of the Year deals