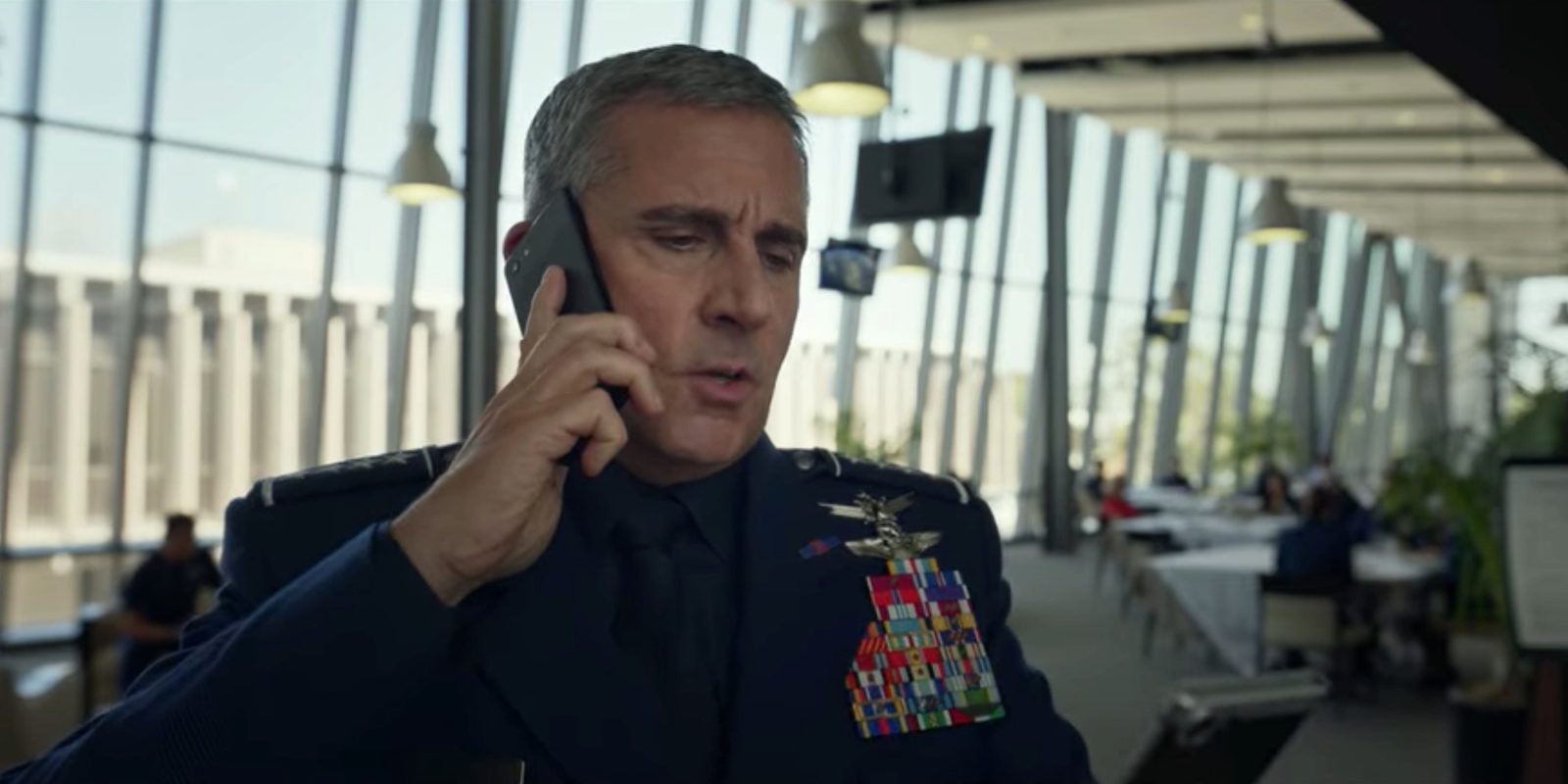 Announced over a year ago, the latest show from The Office’s Greg Daniels and Steve Carell premiered today on Netflix. The latter plays the head of Space Force and happens to use a Google Pixel 3 XL and BlackBerry KeyOne.

A decorated pilot with dreams of running the Air Force, four-star general Mark R. Naird (Steve Carell) is thrown for a loop when he finds himself tapped to lead the newly formed sixth branch of the US Armed Forces: Space Force.

Original 5/29: A little over halfway though the first episode, Carell’s character is seen taking a personal call on a Google Pixel given the camera and fingerprint sensor arrangement.

Given the size, it’s clearly the larger variant, while it’s a toss up between the Pixel 2 XL and Pixel 3 XL. Some barely-visible Just Black glossiness suggests the latter — given the former’s matte rear, while the show’s filming schedule from late September 2019 to January 2020 lines up with that as well. [Update: Episode 5 shows the screen and notch, as well as the Google Phone app.]

It’s unfortunate that filming started before Made by Google 2019 since the Pixel 4 has a more distinctive and recognizable design from afar. Back in March, the Google Store officially stopped selling the Pixel 3 lineup.

Mid-call, General Naird pulls out a BlackBerry KeyOne to multitask and start another conversation. The company’s logo is clearly visible and the single lens confirms.

Update 5/31: Jane Lynch’s character (Chief of Naval Operations) in episode 3 of Space Force is seen with a Pixelbook.

Google does not appear to have a Pixel promotional deal with Space Force, unlike Avengers: Endgame. Last year also saw Google Duo get a high-profile cameo in the Season 2 finale of HBO’s Succession.

The ten-episode first season of Space Force is streaming now:

Skeptical but dedicated, Mark uproots his family and moves to a remote base in Colorado where he and a colorful team of scientists and “Spacemen” are tasked by the White House with getting American boots on the moon (again) in a hurry and achieving total space dominance.