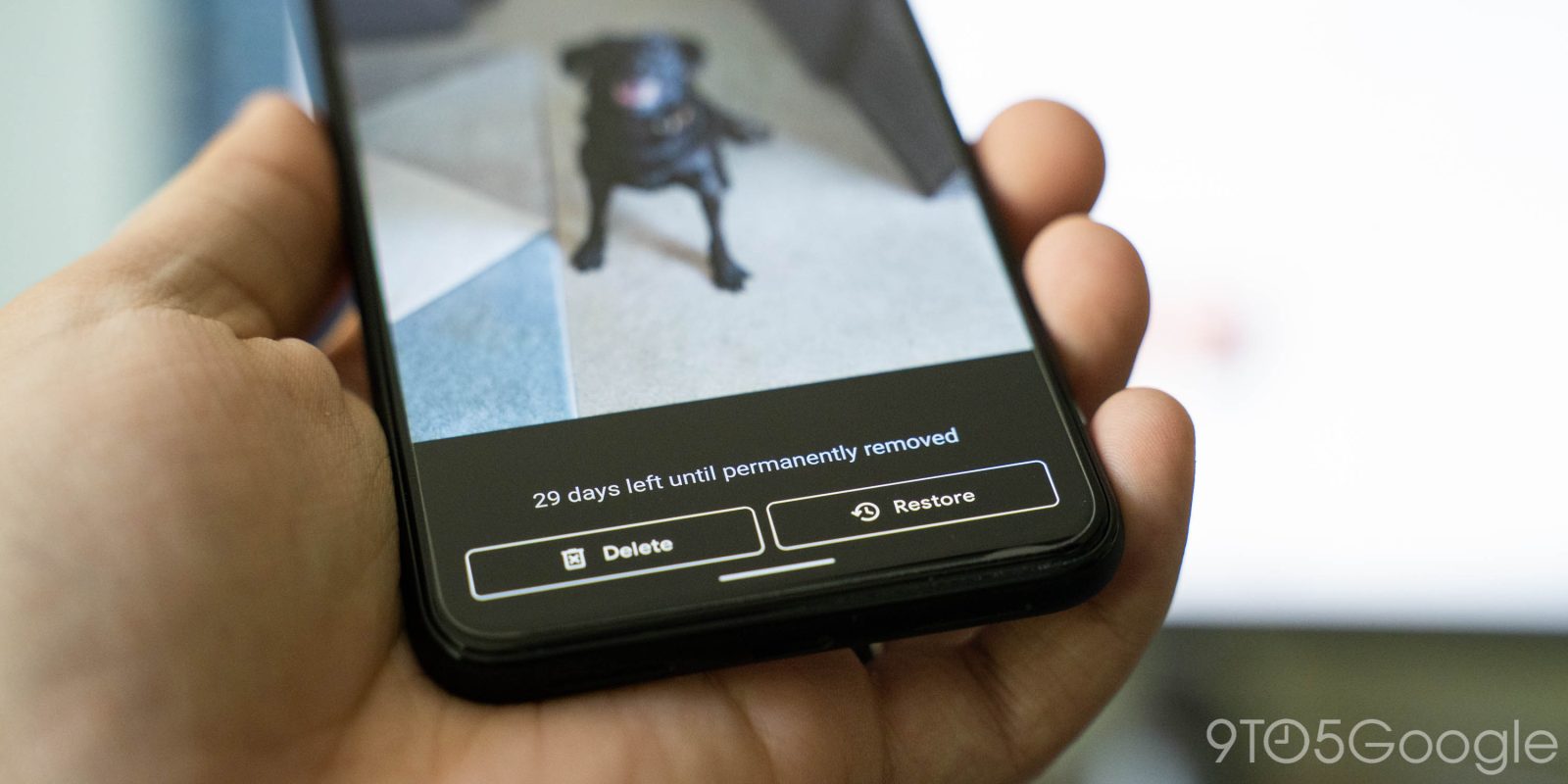 Google Photos just turned 5 years old last week and continues to be one of the company’s best apps. Now, Google Photos is upgrading the trash folder with a message that tells you when photos will be deleted for good.

First spotted by Android Police, Google has made a slight tweak to how Photos handles its trash folder. For those unaware, the trash folder in Google Photos keeps a copy of your cloud-backup for 60 days after you press delete, giving you some extra time to recover the photo if you later realize it was deleted by mistake. The trash folder deletes the photos in the order you deleted them after they’ve hit the 60-day number.

Now, you’ll be able to see how long you have to recover the photo before its permanently deleted. Once diving into the Google Photos trash folder and opening a photo, you can see the number of days until a photo is permanently deleted above the “Delete” and “Restore” options as seen below.

This change seems to have rolled out widely at this point, at least on the latest version of Google Photos (v4.51) on Android. If you’re not seeing it, it should arrive relatively soon.