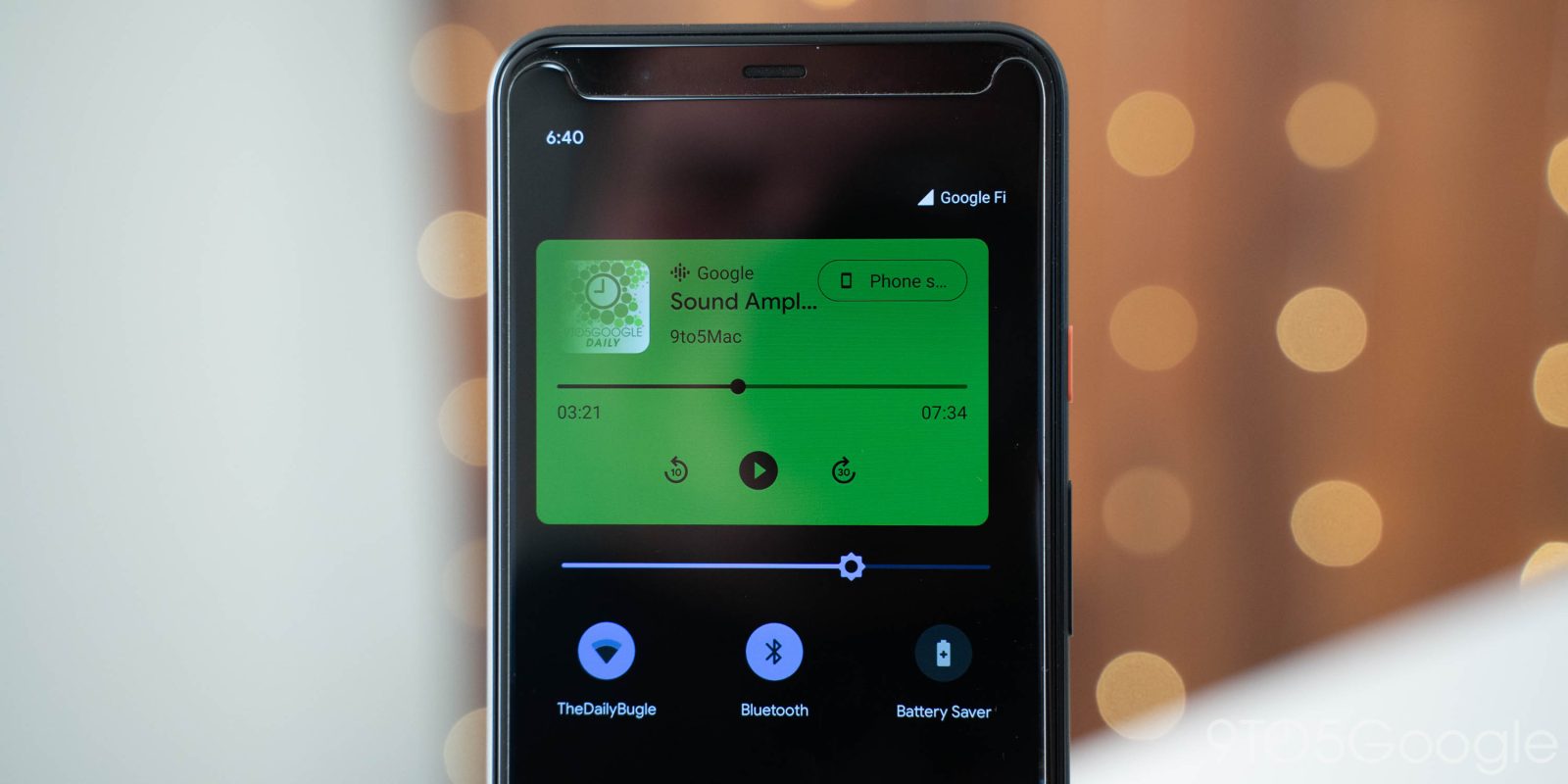 We’ve only had our hands on the Android 11 Beta for a few hours, but I can already say that my personal favorite feature is “media resumption.” The revamp of how Android 11 handles media players and music controls is full of welcome changes, but perhaps its best feature is the ability to show controls for multiple music apps at the same time.

Media resumption is, for now, hidden behind a developer toggle in Android 11. When enabled, it moves media controls from a notification to a new “widget” in the quick settings menu. There, it enables the ability to switch outputs easily and even gives the lockscreen controls a facelift too. Overall, it’s a very good change.

If you use multiple media apps, though, Android 11’s media resumption feature is even more useful than you’d first think. Instead of trading out the card showing media when a new session is started from a different app, the card is added to a carousel. For example, in the GIF below I have Google Podcasts and Spotify as separate cards because I started a Podcasts session while listening to Spotify. Earlier, I also had a YouTube video in this carousel. That card, notably, can be removed with a long-press.

With this in mind, this media player space just gets better because it condenses potential clutter in Android 11’s notification shade. Instead of having 2-3 notifications for different apps, they’re all grouped into a single location.

The folks at XDA noticed that, in a developer session published by Google, the company explained that up to five apps can be in this carousel at once. Better yet, these apps can persist a reboot if developers make some tweaks to the app.

In that session and seen in the screenshots below, it seems Google still has some plans to tweak the interface of the media resumption feature. We’ll keep an eye on that going live in later beta releases over the next couple of months.