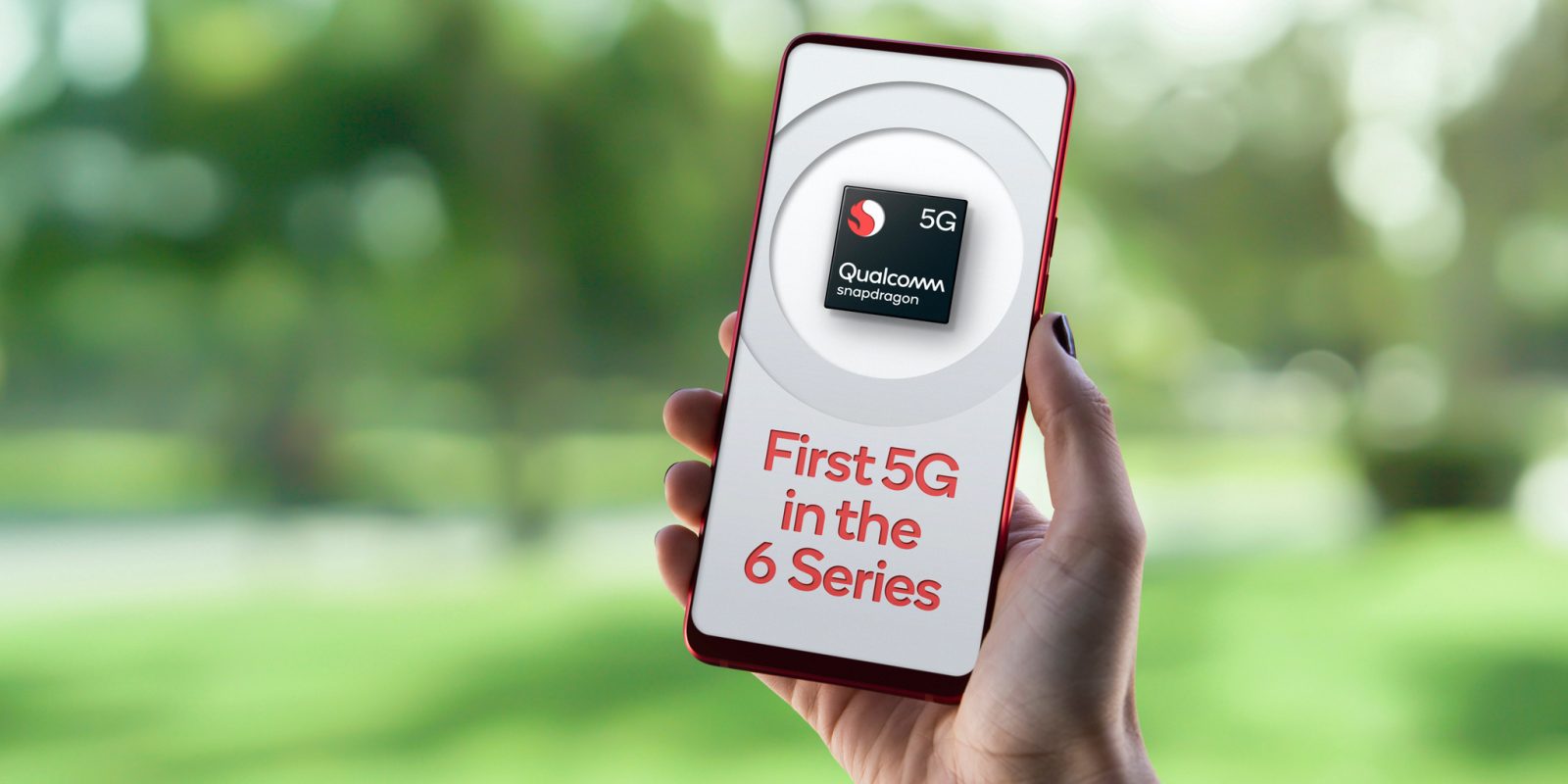 Back in December, Qualcomm announced the Snapdragon 865 for 2020’s flagship phones, while the 765 helps bring the marquee 5G features to another tier of phones. The chipmaker today unveiled the Snapdragon 690 to bring 5G to even more mid-range phones.

According to Qualcomm, the Snapdragon 690 is “designed to make 5G user experiences even more broadly available around the world.” The 6-series slots right in the middle of Qualcomm’s lineup with the 2 and 4 underneath, while 7 and 8 is above.

The company says 6-series support for the next-generation network “has the potential to make 5G accessible to more than 2 billion smartphone users around the world.”

There is an octa-core Kyro 560 CPU (up to 2.0GHz) based on an 8nm process and an Adreno 619L GPU that allows for FHD+ at 120Hz. The former is touted as providing a 20% performance improvement compared to its predecessor, while graphics rendering is said to be 60% faster. It’s the first 6-series chip to support high-refresh displays, while there’s also Wi-Fi 6.

Artificial intelligence-backed features will benefit from a 70% performance increase due to Qualcomm’s 5th generation AI Engine. For example, the Hexagon Tensor allows for camera filters with high FPS and no delays.

Of course, the real focus of the Snapdragon 690 is the X51 5G modem with global bands and multi-SIM compatibility. On the camera front, its the first in 6-series to support 4K HDR video capture thanks to the Spectra 355L ISP. Meanwhile, images up to 192MP can be shot.

Qualcomm announced that the Snapdragon 690 will be featured in smartphones from HMD Global, LG Electronics, Motorola, SHARP, TCL, and Wingtech. Nokia says that future 5G devices will come in at an “even more affordable price.” Meanwhile, TCL notes how its “very excited to support the launch of Snapdragon 690 Mobile Platform” after previously using the 7-series.

The first Snapdragon 690 devices will be commercially available in the second half of 2020.