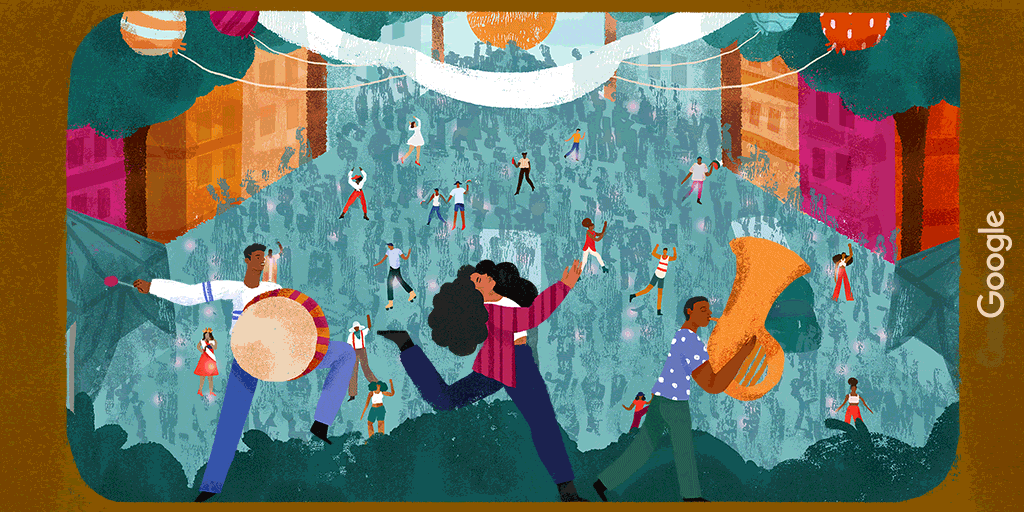 On this day in 1865, slavery properly came to an end in the United States, and June 19th has since been celebrated as Juneteenth. Commemorating the 155th anniversary of Juneteenth, Google has replaced their homepage logo with a powerful music video narrated by LeVar Burton.

While most learn of Abraham Lincoln’s Emancipation Proclamation in 1863 as the ending for slavery in America, it took over two years for the new rule of law to be enforced nationwide. The holiday of Juneteenth stems from general Gordon Granger officially informing and enforcing the abolishment of slavery and freedom of slaves in the state of Texas on June 19th (shortened to Juneteenth), 1865.

To celebrate 155 years of freedom, Google enlisted artist Loveis Wise, musician Elijah Jamal, and celebrity guest LeVar Burton to create a beautiful video, set to the traditional song Lift Every Voice and Sing, as spoken by Burton. Through the course of the minute and a half long video, we’re taken through the course of Black history in America and the ongoing fight for civil rights and equality.

In a Behind the Doodle video, Google’s art director for the Doodle, Angelica McKinley, explains the team’s ambitions for the work and what they wanted people to see and feel as they watched.

We wanted to take people through the experience of gaining freedom as a Black person in America and to see how across generations that freedom has been a push and pull. You can see in the doodle, from the moment we step into that first Juneteenth that happened in 1865, to today, there’s been that ebb and flow of freedoms won, backtracking, and pushing forward.

More importantly, the Juneteenth Doodle’s artist, Loveis Wise, shares in a Q&A what they hope people take with them from the Doodle’s core message.

I hope that people can understand the deeper importance of Juneteenth and educate themselves more about Black history. I also hope that they are able to recognize how vital Black Americans have been in building and shaping this country.