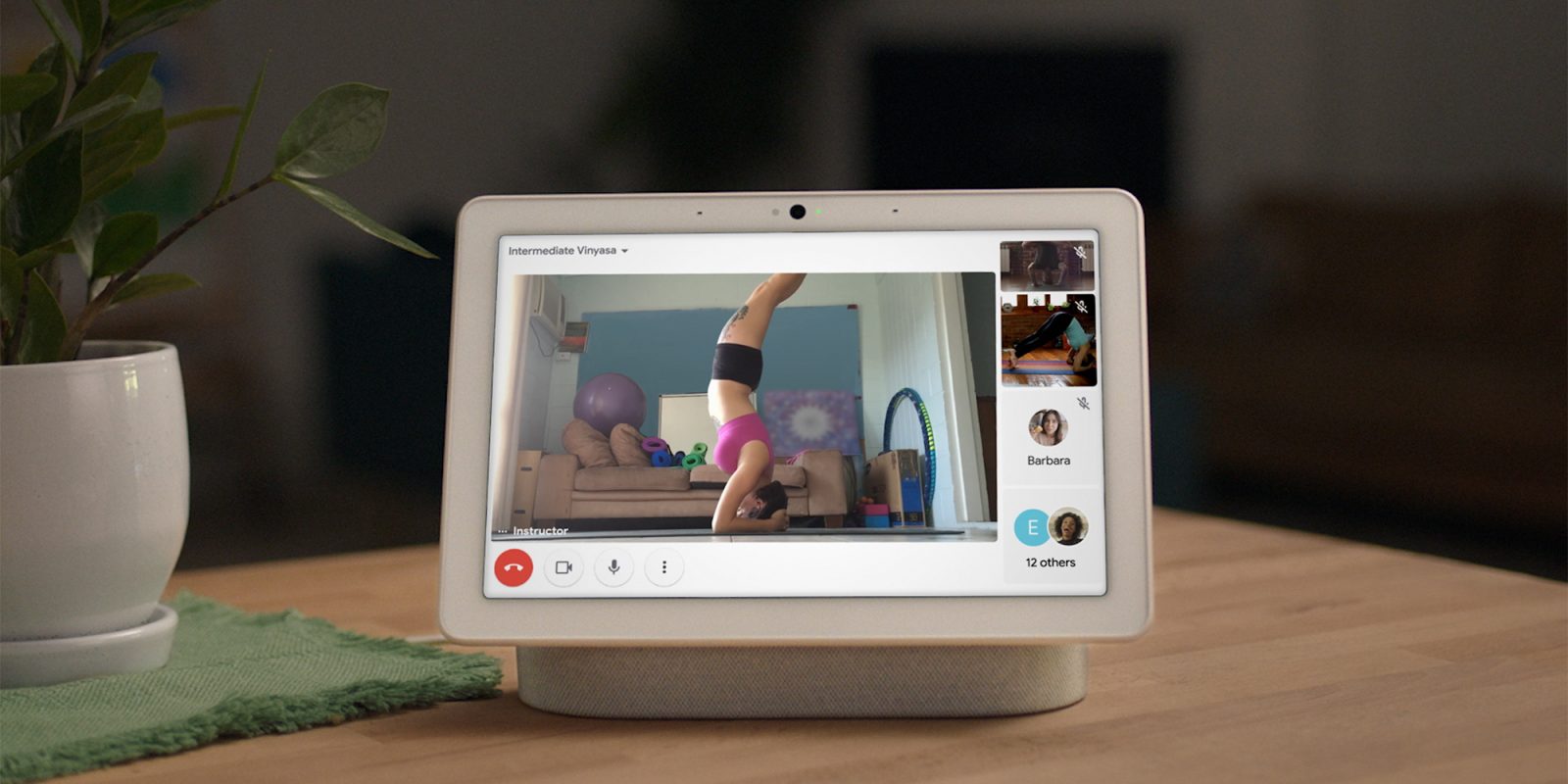 Previously limited to one-to-one Duo conversations, the Nest Hub Max and other Smart Displays now support “Hey Google, make a group call.” You can then select groups that you’ve previously created and saved from the mobile apps.

Earlier this month, Google rolled out group calls to the web that support up to 32 people. The full list of supported devices includes: Meanwhile, “Hey Google, start a meeting” will let you start Google Meet. You can also join existing meetings by entering a code or saying “Hey Google, join my next meeting” based on your Google Calendar.

This Meet feature is initially limited to the Nest Hub Max, while Google today is rolling out beta support for G Suite accounts on its first-party Smart Display.

Lastly, Google is rolling out the household contacts speed dial that was announced at CES 2020. You can set-up frequent contacts and initiate calls from a new list card that appears on the homescreen.

As this includes both video and phone/audio calls, the feature is available on Assistant smart speakers. This allows you to reach people using just their first name:

Once set up, you (or other people in your household) can dial your cousin Cassandra by saying “Hey Google, call Cassandra” or by tapping on Cassandra’s name on your Smart Display’s household contacts list. 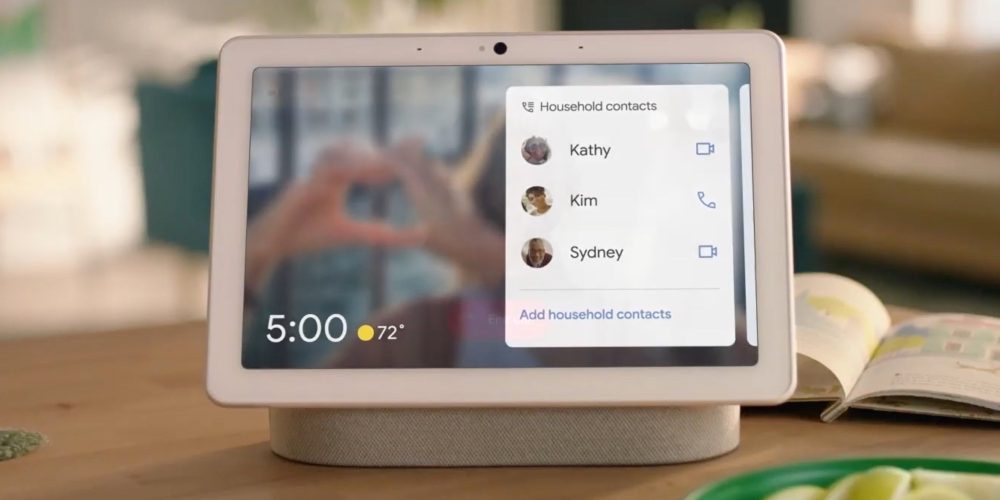 Google Duo and Meet group calling for Smart Displays, as well as household contacts, is currently limited to the US.