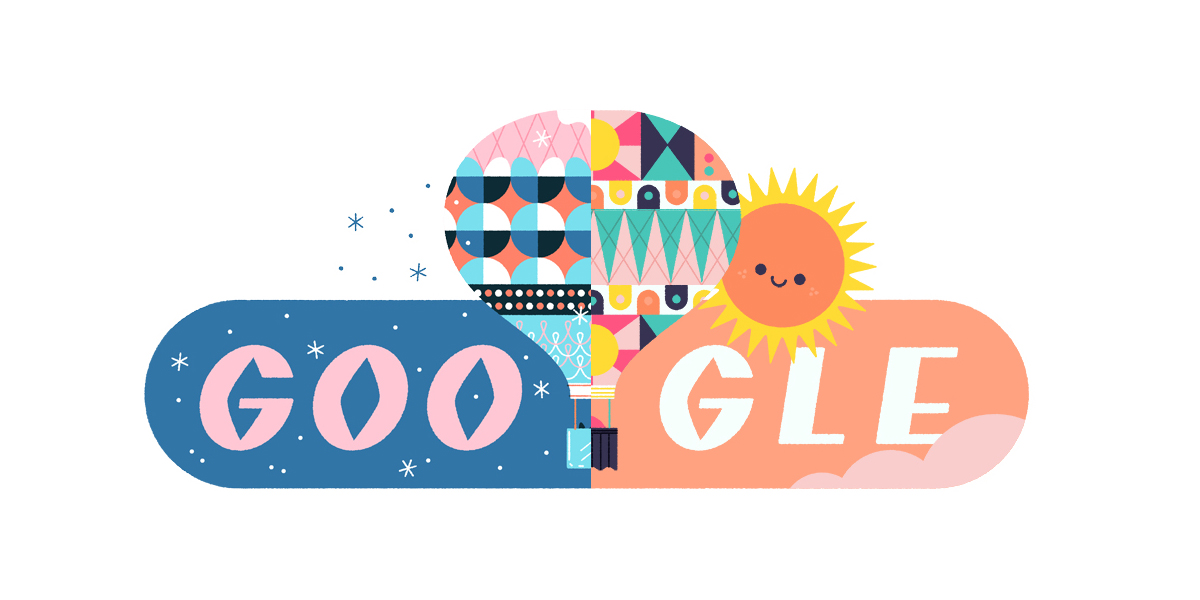 It’s June 20th, the official first day of the change of season across the globe. To mark the occasion, two new Google Doodles celebrate the 2020 Summer and Winter solstice in different parts of the globe.

In portions of the Northern Hemisphere, today’s Google Doodle celebrates the first official date of the 2020 Summer season. The Doodle is full of bright Summer colors and depicts a hot air balloon carrying a flamingo in front of the shining sun. Notably, this is the first time since 2016 that Google has shown a Doodle to celebrate the Summer Solstice in the Northern Hemisphere.

Notably, too, Google isn’t showing this Doodle across the entire Northern Hemisphere, but rather only a small portion of it. The Doodle can be seen on Google’s homepage in most of Europe, Russia, India, Canada, and parts of Latin America too.

Beyond the Summer 2020 Google Doodle, the company is also displaying a Winter 2020 Doodle in parts of the globe. Interestingly, though, this Doodle for the Southern Hemisphere has even more limited reached compared to the one for the Northern Hemisphere. The Doodle is only shown in portions of South America

Google also kept the same basic design for its Winter Doodle. It uses colors typically associated with Winter such as blue and shows another hot air balloon, this time holding a penguin in what certainly looks like a block of ice.