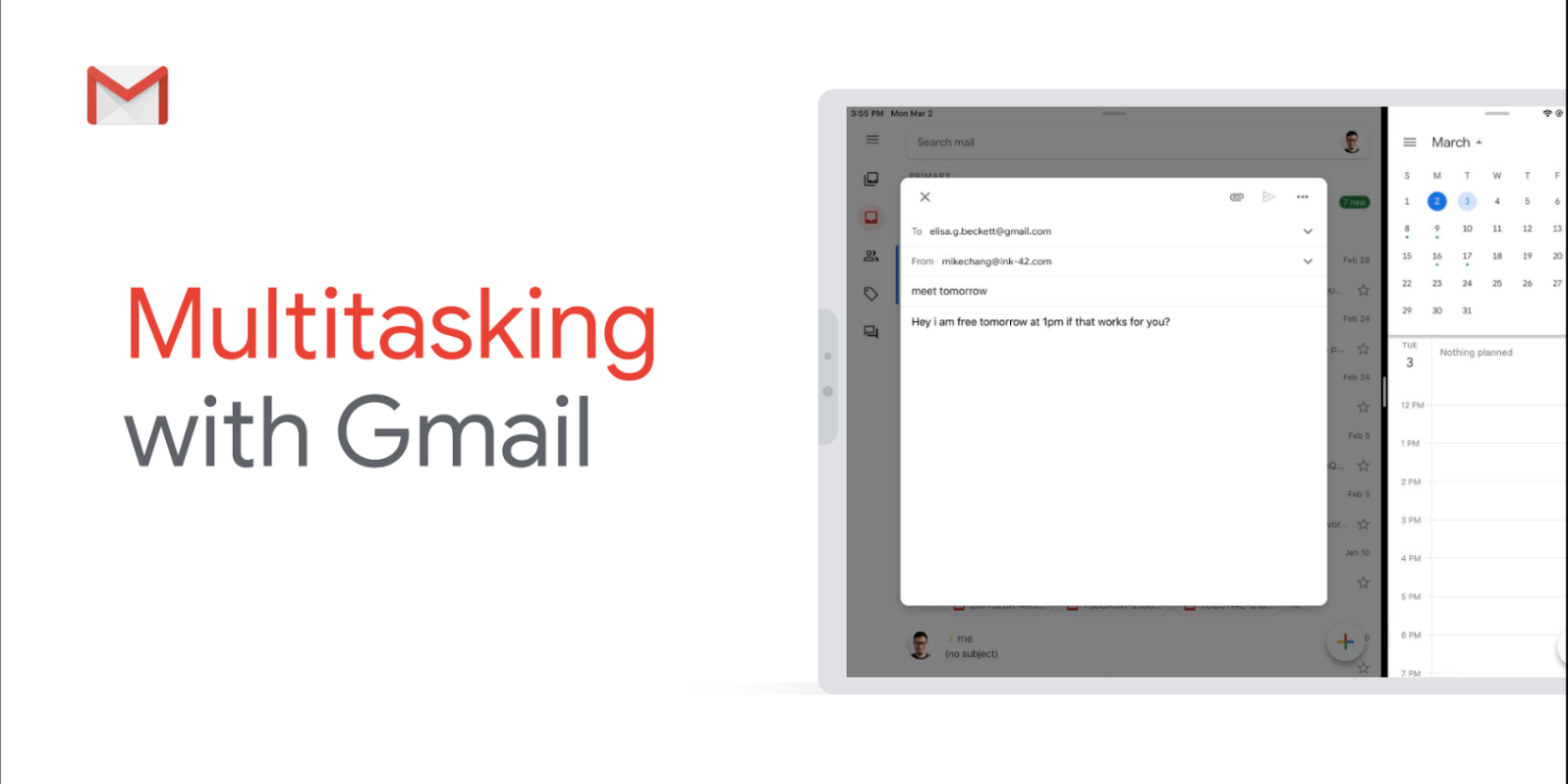 For the past several iOS (now iPadOS) releases, Apple has worked to improve multitasking on tablets. Split View lets you use two app at the same time, and Gmail on iPads now has support for this feature.

Google is addressing a long-running complaint with Gmail for iOS in adding support for Split View. That system-level feature was introduced with 2015’s iOS 9, but Google’s email client never got around to supporting it until last month.

The company only officially announced this “Multitasking with Gmail” advancement today, and it’s already widely available:

When using an iPad, you’re now able to multitask with Gmail and other iOS applications. You can use Gmail and Google Calendar at the same time with Split View to check your schedule before replying to an email to confirm a meeting time. Or, you can easily drag and drop pictures from Google Photos into an email without leaving Gmail.

Version 6.0.200531 rolled out three weeks ago, though the release notes make no mention of Split View support. It’s a long overdue addition that makes one of Google’s key apps a better citizen of the iOS platform.

Split View requires that you have the system-level “Allow Multiple Apps” preference — Settings app > Home Screen & Dock > Multitasking — enabled. After that, you can swipe up from the bottom of the screen when Gmail is active to open the Dock and drag another app on the screen.

Google recommends that users take advantage of keyboard shortcuts for “even more efficiency as you multitask.” This feature is available for both G Suite customers and free Google Accounts.