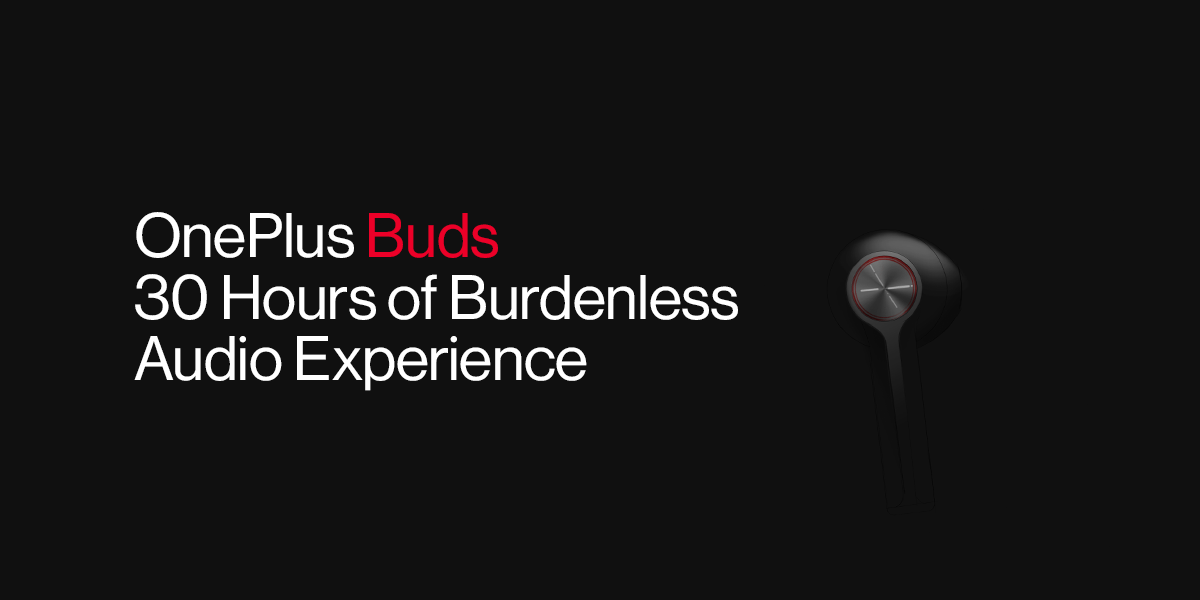 OnePlus confirmed this week after some notable previous leaks that it will be launching a pair of truly wireless earbuds later this month. Now, the company is offering up some new details. Apparently, OnePlus Buds will launch with 30 hours of battery life available to users.

In a forum post, the company explains that OnePlus Buds’ battery life will amount to 30 hours on a single charge of the case. How? Each earbud can individually support continuous usage for up to 7 hours. After that, you’ll need to drop them back in the case. Continuing that pattern, you’ll end up with 30 hours before needing to recharge the case.

30 hours isn’t a figure to scoff at, either. Apple’s AirPods top out at 24 hours, Samsung’s Galaxy Buds+ at 22 hours, and Google’s Pixel Buds at 24 hours. OnePlus has a small, but meaningful edge on all of the major players.

To be specific, they are good for over seven hours of continuous use, and can be fully topped up more than three times from just their charging case, giving you up to 30 hours of use before you have to plug in again.

The most important thing is that, even as their batteries run for longer, the OnePlus Buds are still exceedingly light at just 4.6 grams, while the charging case is just 36 grams, so they’ll never be a burden in your pocket.