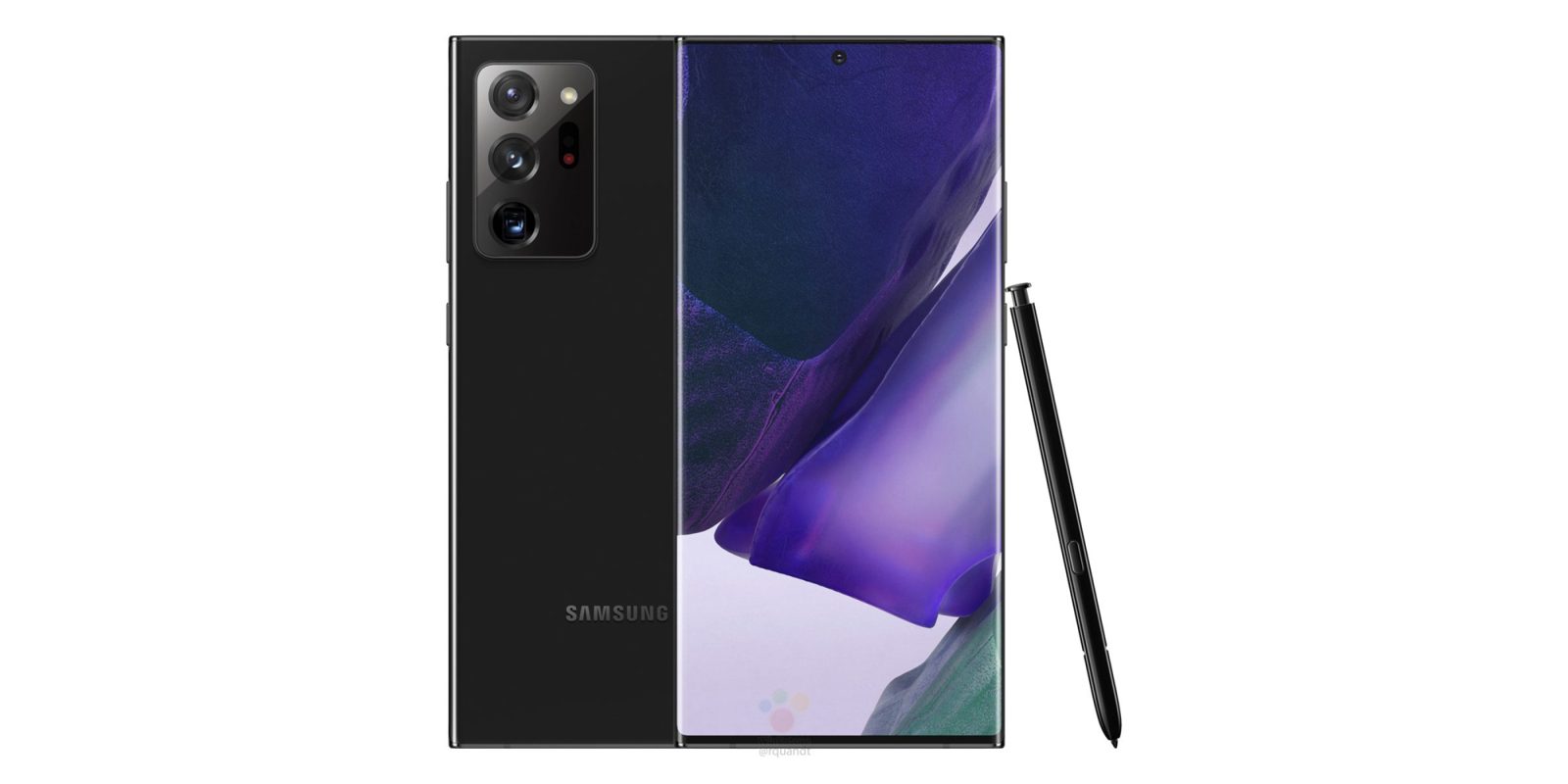 As we gear up for the Samsung Galaxy Note 20 launch, we now know just what to expect inside the Note 20 Ultra thanks to a detailed specs list leak.

[Update 07/24]: The Samsung Galaxy Ultra has now appeared in renders in a gorgeous “Mystic White” colorway. This confirmed color joins the bronze and black for a trio of classy options for Samsung fans to choose from come launch day. They have come courtesy of teenage leakster Ishan Argawal in collaboration with @91Mobiles.

At this late stage so close to launch, there isn’t a great deal extra we can learn about the Note 20 series ahead of launch on August 5th. Either way, you can check out the stunning Mystic White Note 20 Ultra plus S Pen below:

According to WinFuture.de, the Samsung Galaxy Ultra will measure in at 6.9-inches, with a Super AMOLED WQHD+ HDR10+ certified display at 3200 by 1440 pixel resolution. For those wondering about aspect ratio, the leaked Galaxy Note 20 spec list suggests a slightly odd 19.3:9 display aspect ratio.

On top of that, this report suggests that the Galaxy Note 20 Ultra will be the first smartphone to come with a Gorilla Glass 7 screen. That’s not all, as it will also feature a 120Hz refresh rate, although we’re not sure if that will be available at the full QHD+ resolution or will be capped at FHD+ – as seen on the Galaxy S20 series earlier this year.

It looks like the Exynos 990 will be used in European and global markets, while we’re still led to believe that North America will get the Qualcomm Snapdragon 865 or 865+. That is still to be confirmed but should be highly likely.

The battery is set to measure in at 4,500mAh, which should provide all-day longevity. However, given the often poor battery optimization with Exynos chipsets, this might be a concern to many fans thinking of picking up the Note 20 Ultra this time around.

The report also suggests that the S Pen will include some neat new tricks including an improved latency of just 9ms. This will match the immensely popular Apple Pencil, which is one of the few styluses that the S Pen competes with.

This Galaxy Note 20 Ultra specs list is rounded off with Android 10 out of the box, which was expected. Unfortunately, it’s not known which version of One UI will ship, but we are led to believe that this will be One UI 2.5 – for parity with the Galaxy S20 series.

For avid gamers, it’s probably great to hear that Microsoft’s xCloud game streaming service will be accessible as part of the Xbox Game Pass with the Note 20 Ultra. It’s not clear if xCloud will come pre-installed but that 120Hz would be ideal for cloud gaming on your mobile. WinFuture also hints that the rumored Wireless DeX will come with the Note 20 Ultra for supported displays and smart TVs.

We’ve already had a good look at the device thanks to renders and even hands-on videos, so confirmation of the internal specs of the Samsung Galaxy Note 20 Ultra is just the icing on an ever-growing cake. Expect to learn more in the lead up to the official launch event on August 5.