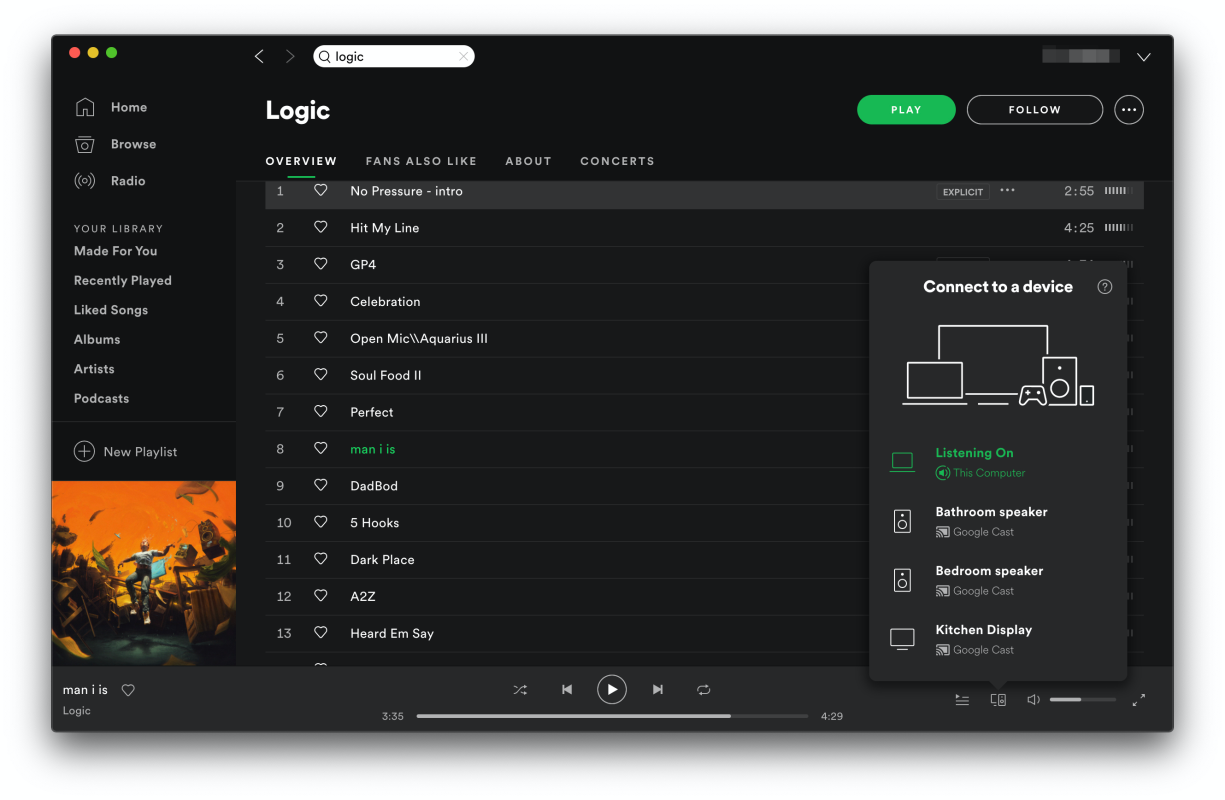 After many, many years, you can now initiate a Chromecast stream from the Spotify app for desktop. You’ve long been able to control Chromecast streams that were initiated from the iOS and Android apps (via Spotify Connect), but now you can initiate those streams directly from your Windows or Mac desktop.

The news comes via Spotify Rock Star MattSuda — as they note, you’ll find the feature in desktop app version 1.1.38. In this version, you can simply use the usual “devices available” menu to see available Chromecast devices.

You can now find Chromecast in the connect “devices available” menu in the Spotify desktop app and browser web player. Now you can cast your music to Chromecast from the desktop app without having to use the iOS or Android app.

Make sure your Spotify desktop app is up to date

This feature is a long time coming. If you’re a regular Chromecast user — as I am — you’ll probably relate to the frustration of not being able to start a Chromecast stream from your desktop. In fact, this was one of the benefits of running the Spotify mobile app in Chrome OS desktop, and running the iOS version on an Apple Silicon Mac would have allowed this functionality as well.

Thankfully, it looks like we’ll all forever be able to start those Cast streams straight from the desktop — no workarounds required.