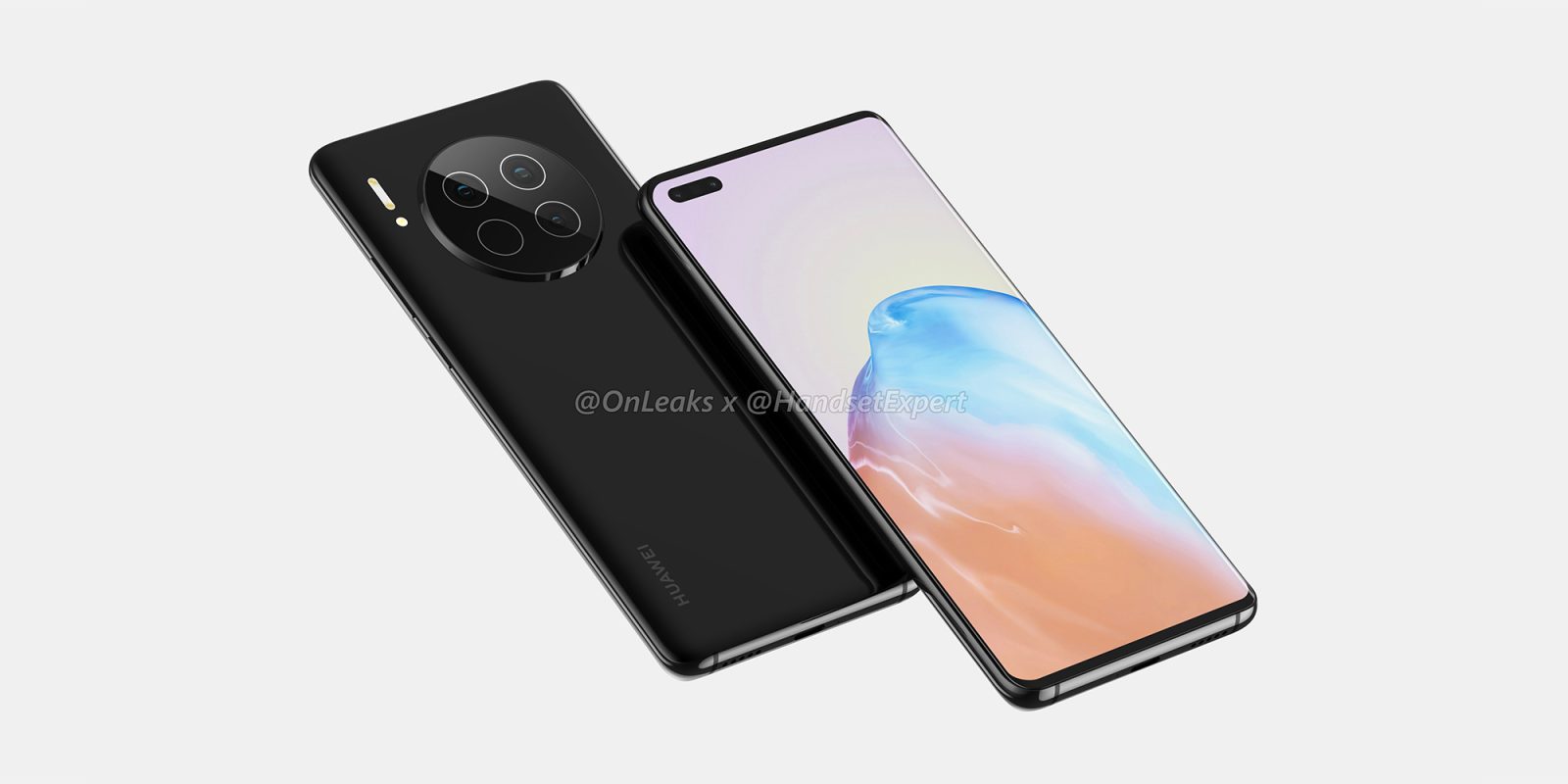 The first renders of the upcoming Huawei Mate 40 have now leaked and showcase an absolutely massive rear camera setup, plus some notable changes over last year’s Mate 30 and Mate 30 Pro.

These leaks have come from the ever-reliable, future-seeing @OnLeaks in collaboration HandsetExpert, with the CAD-based renders showing some notable tweaks over the previous Mate series design.

[Update 08/04]: So we have had a glimpse of the standard Mate 40 renders, but now we have gained a glimpse of the Mate 40 Pro thanks to Steve Hemmerstoffer aka @OnLeaks but he has collaborated with PriceBaba to bring us a glimpse at the upcoming non-Google Android flagship.

The design does follow a similar design language to that of the standard Mate 40 but the Mate 40 Pro also includes an uber-curved waterfall display with the staggered side buttons. We’re likely to see a high refresh rate on a Mate device for the first time with the Mate 40 Pro.

The circular camera notch at the rear looks to contain a periscope zoom camera, which was missing from the Mate 30 Pro last year. This would give far greater zoom capabilities. We’re not sure what internals the Mate 40 Pro will eventually pack but rumors suggest that it will rely on the Kirin 1020 chipset. Little is known beyond that potential tidbit.

Firstly, it looks as though this is most definitely the non-Pro variant of the Mate 40, with the renders bearing some similarities to the Huawei P40 Pro released earlier this year. Expect to learn more

Gone is the large display notch, which is replaced by a punch-hole – which was introduced to the P40 series this year too. The rear camera setup has the familiar circular “stove top” design that has evolved since first debuting on the Mate 20 Pro in late-2018. It will play host to a triple-camera setup plus a sensor, which as yet is unknown. A safe guess would be another depth-sensing unit or Time-of-Flight sensor.

The Mate 40 renders also showcase a few extra top frame sensors, which also lack any sort of explanation. It could simply be an IR-blaster — an inclusion that has persisted with several Huawei flagships even though dwindling on other Android devices.

The hardware may be interesting, but the software will undoubtedly be a sore point here. With Huawei still firmly on the US government Entity List, it’s still very unlikely that the Mate 40 series will launch with Google apps officially installed. The Chinese firm is also pressing ahead with its home-brew AppGallery, which now boasts around 750 million active users as of July 2020.

Despite looking especially interesting in these renders, the Mate 40 faces an uphill struggle in markets outside of mainland China as buyers still reel from the lack of Google Play Store and slim pickings on the AppGallery. However, we’re still interested to see just what the device might bring the table in the coming months.