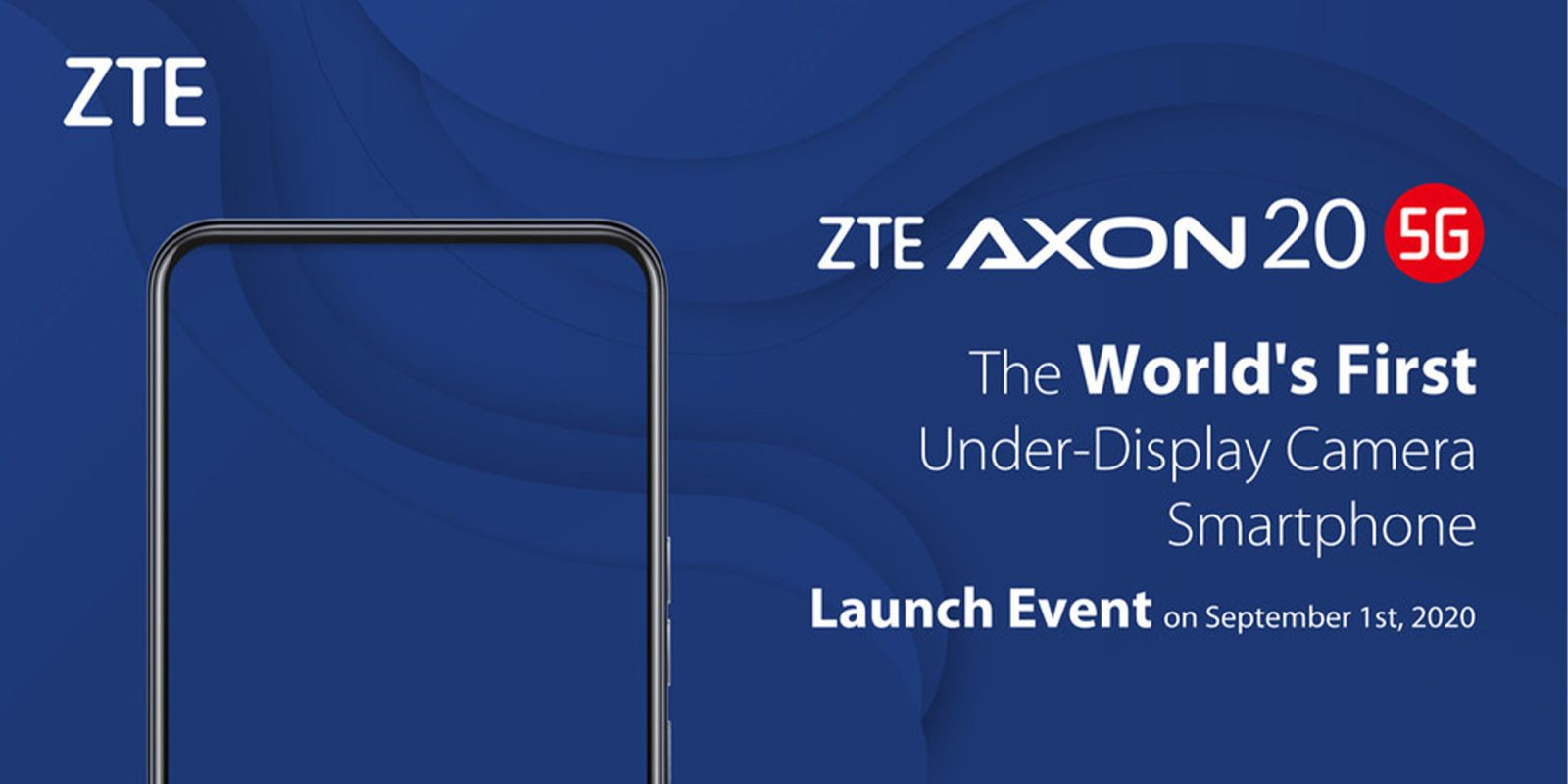 While not technically the first smartphone to have an under-display selfie camera, the upcoming ZTE Axon 20 5G will be the first commercially available smartphone to tout the tech.

The firm announced that it will unveil the tech in its latest release in China on September 1, 2020. Oppo was the first to show off similar under-display selfie camera tech over a year ago before a showcase at their annual INNO day in late 2019.

So while this does take the sheen off the ZTE Axon 20 5G a little, it still doesn’t detract from the tech that we’ll likely see in a few weeks time. When Oppo showcased the tech we’re sure many of you out there were hoping to see the death of the notch or punch-hole — on Android at least — within 18 months. It hasn’t quite panned out like that so far but ZTE could be the first of a wave of OEMs steadily adopting the new tech.

By launching the world’s first 5G smartphone with under-display camera, ZTE will further promote the development of display technologies in the smartphone industry, thereby bringing revolutionized experiences to all consumers.

Unfortunately, the only tidbits shared by ZTE on the Axon 20 5G are the release date and the under-display selfie camera tech. The rest of the specifications are unknown, but rumors suggest a 6.92-inch AMOLED display, up to 12GB of RAM, and a sizeable 4,120mAh battery.

Of course, we’ll be intrigued to see just how well ZTE is able to hide the selfie camera under the display on the Axon 20 5G. While the Oppo implementation was a proof of concept, it was easy to see just where the camera was hidden under the display. However, we’re sure that some would take a marginally distracting portion of pixels on their display over an actual cut-out or deep notch.