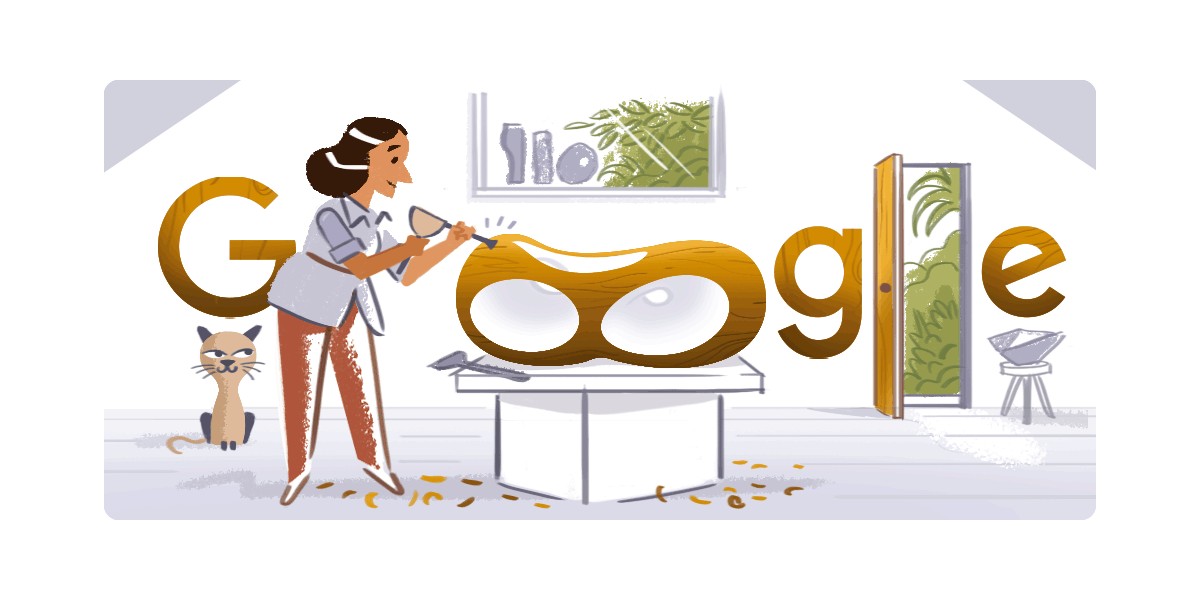 On August 25th, 1939, sculptor Barbara Hepworth moved to St. Ives in Cornwall, England, and to honor the 81st anniversary of that event, Google has replaced their homepage logo with a Doodle celebrating Barbara Hepworth’s life and sculptures.

Barbara Hepworth and her family moved to St. Ives in 1939 at the outset of World War II, but it wasn’t for another ten years that she would find the Trewyn Studio that most of her works were completed in and that she would also, tragically, die in.

Barbara Hepworth’s story is one that many working parents may be able to relate to, especially as many are having to work from home while also taking care of their children throughout the day. Hepworth believed that taking care of her triplets only served to make her art all the better.

A woman artist is not deprived by cooking and having children, nor by nursing children with measles (even in triplicate) – one is in fact nourished by this rich life, provided one always does some work each day; even a single half hour, so that the images grow in one’s mind.

The Doodle itself depicts Barbara Hepworth hard at work on her 1947 sculpture “Pendour,” which conveniently serves as the “oo” in “Google.” In fact, you can see the photo that no doubt inspired the Doodle in a gallery over at Sculpture Nature.

The process shown is called “direct carving,” which involves letting the natural design and aspects of the material — be it stone, wood, or something else — directly influence the sculpture’s final shape. For her works and her contributions to the advancement of art, Barbara Hepworth was named Dame Commander of the Order of the British Empire, in 1965, just ten years before her death.

If you’re interested in learning more about the life and accomplishments of Barbara Hepworth, you can head over to Google Arts and Culture, where Google has pulled together a fantastic exhibit showing the evolution of her art style.

Elsewhere in the world today, residents of Taiwan and Canada are treated to a Google Doodle for Taiwan’s traditional Qixi Festival, which celebrates love and particularly forbidden or impossible romance.