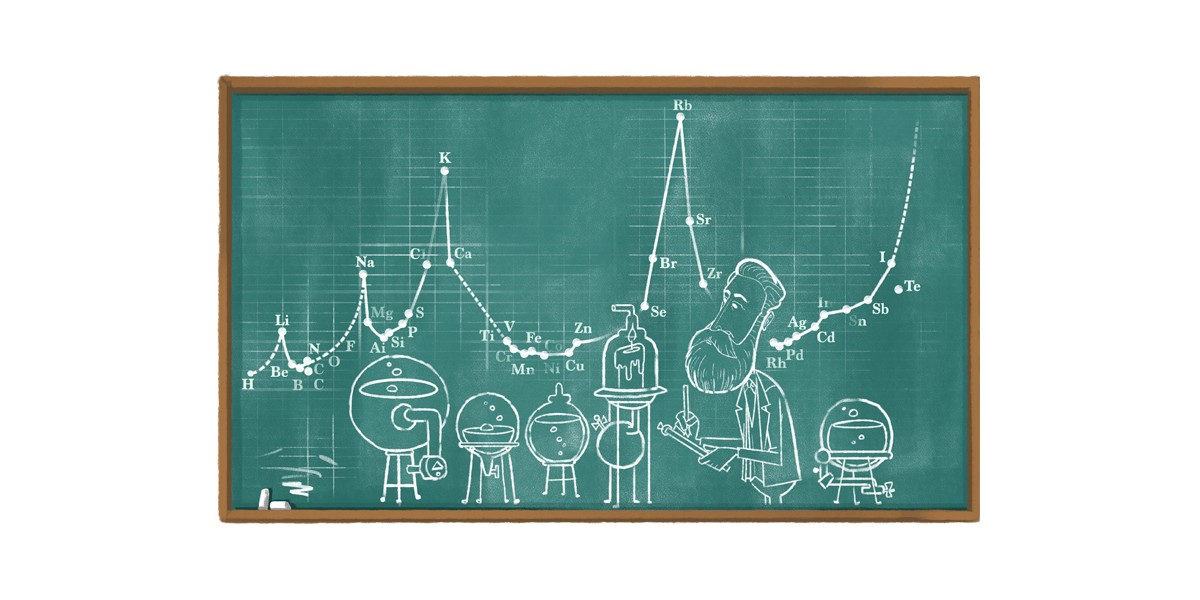 As students are going back to school, Google has swapped their homepage logo this morning with a Doodle honoring Julius Lothar Meyer, one of the pioneering scientists who discovered that chemical elements could be organized into a periodic table.

Students of science and history may recall that discovery of the periodic table of elements that we know today is credited to Russian scientist Dmitri Mendeleev. However, in the 19th century, there were multiple chemists studying and experimenting with the appropriate way to group and display elements.

One such scientist was Julius Lothar Meyer, born in Varel, Germany on this day in 1830. Although Meyer’s family had traditionally specialized in medical science, he made a change in his life by deciding to study and teach chemistry. In his first textbook — “Die modernen Theorien der Chemie,” published in 1864 —Meyers published an early periodic table in 1864 which arranged 28 elements.

Meyer continued to develop his table, managing to publish a table with nearly twice as many elements, in 1870. By that time though, Meyer’s work had been preempted in 1869 by Mendeleev’s superior table featuring 63 chemical elements.

Disregarding who published their findings first, both Meyer and Mendeleev were honored with the Davy Medal from the British Royal Society in 1882, in recognition of their contributions to the creation of the periodic table of elements that we still use today.

Today’s Google Doodle consists of a chalkboard drawing of Julius Lothar Meyer, standing with a variety of beakers and flasks that spell out “Google.” Behind him is his famous chart that shows the relationships between certain elements, particularly based on their atomic weight and volume.

On the official Google Doodle blog, Google shared some early concept art and alternative designs for this morning’s Doodle, including more detailed sketches of Julius Lothar Meyer himself.